A spectacle for everyone

Thanks to the addition of two lifts, making it easily accessible, the Panoramic Terrace has become one of Vittoriano monument’s main attractions

The Panoramic Terrace designed by Sacconi remained inaccessible to the public for almost a century: it could only be reached via two steep spiral staircases. Since the reopening of the Vittoriano in 2000, the need was felt to make that extraordinary view of the Eternal City available to everyone. In 2006, as part of an extensive campaign of building works designed to make the monument more usable, it was decided, after long debate, to build two large lifts, located at the back of the monument, on the Terrazza Italia. The President of the Italian Republic, Giorgio Napolitano, attended the inauguration of the lifts on 2 June 2007. 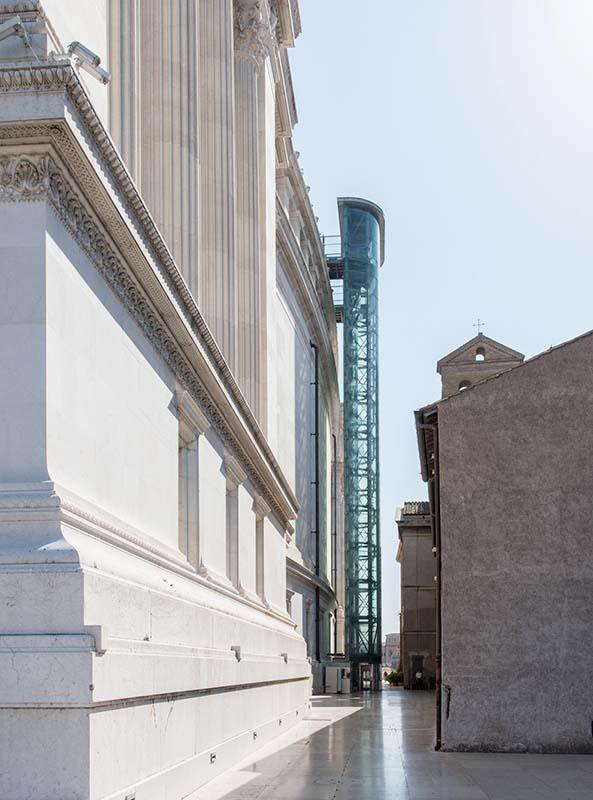 A great success with the public

The public, both Romans and tourists alike, responded with great enthusiasm to the installation of the new lifts, attracted by the possibility of enjoying a 360° view of Rome and being able to recognise, thanks to special informative panels, some of the most famous sights in the city, from the Colosseum to St Peter’s Basilica. Since the inauguration in 2007, the numbers have grown steadily: between 2015 and 2019, each year, around 500,000 visitors used the lifts, guaranteeing a revenue of around 3 million Euro, which is devoted entirely to the maintenance of the monument itself. 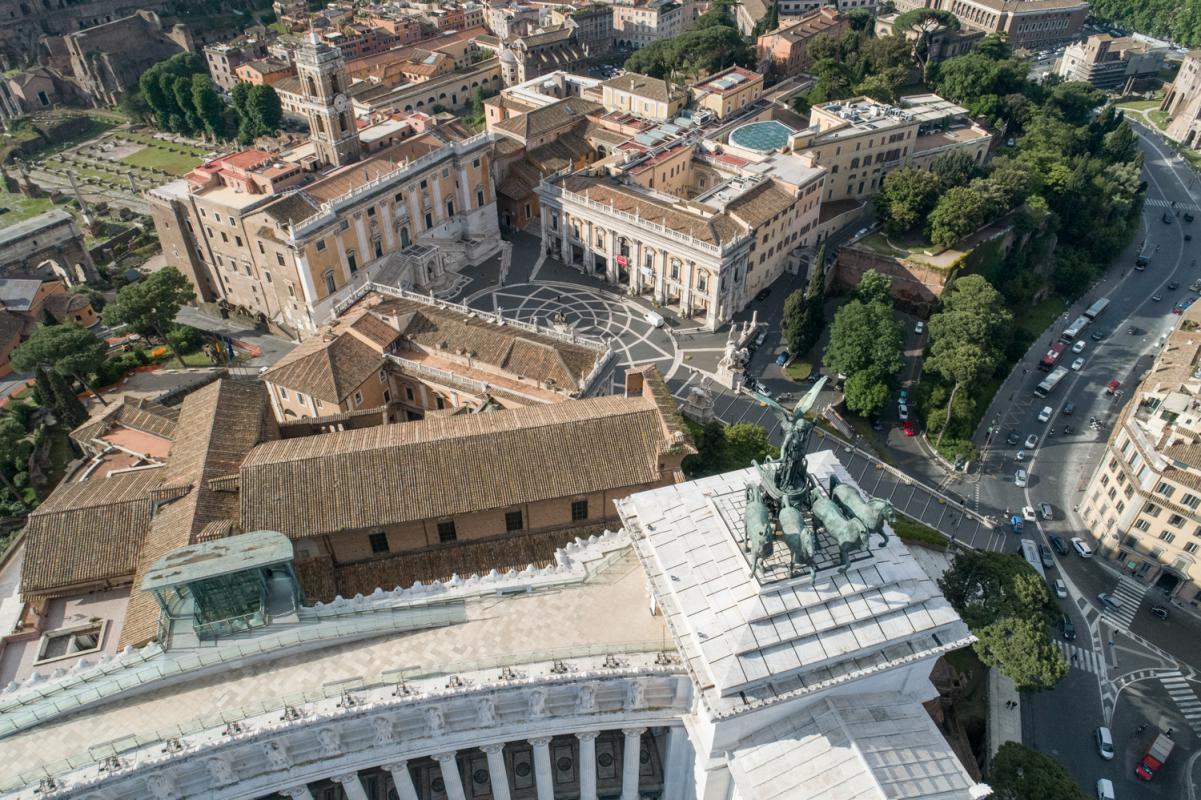 Aerial view of the National Terrace and the Capitoline Hill