The medallion of Paul II Barbo

In 1465, one year after his election to the throne of Peter, Paul II (1464-1471) decided to coin a medallion to celebrate the expansion of his palace of San Marco. For a while, the medal was attributed to Paduan artist Bartolomeo Bellano (1437/8 – 1496/7), who, according to Vasari, ‘made many small things in marble and bronze’ for the pope. On the recto is a portrait of Paul II in profile, without a hat or crown and with the mantle known as a cope. An inscription circles the image: ‘D. PAULUS II VENETUS PONT [IFEX] MAX [IMUS]’. 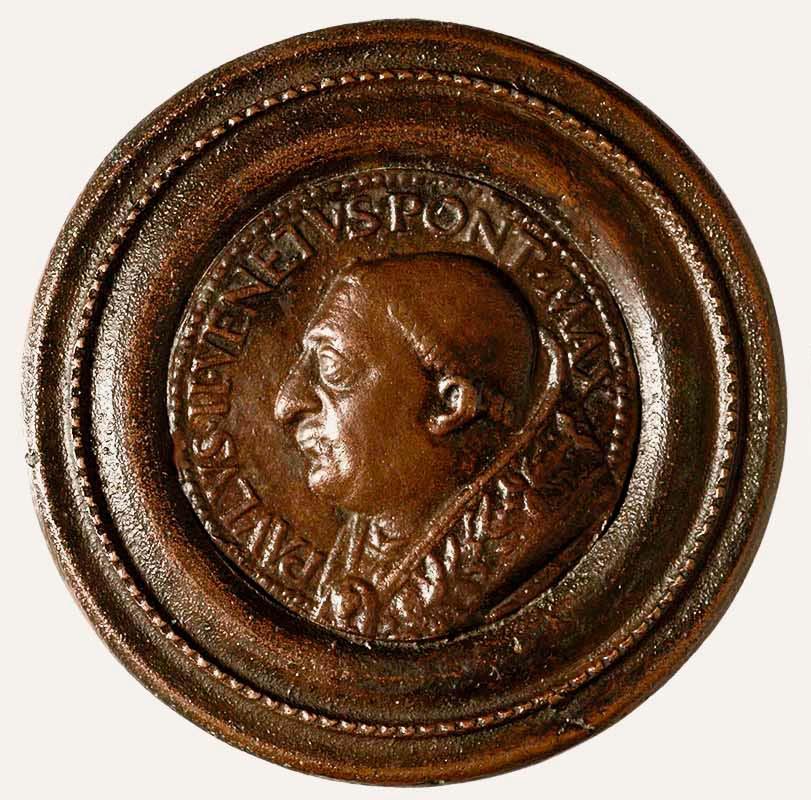 The front of the medallion illustrates the eastern facade of the building according to the original project: some characteristic elements are recognisable, the massive quadrangular block with a large portal in the centre and two towers at the ends, each of which was to be illuminated by a large window. Once again the image is accompanied by an inscription, which reads ‘HAS AEDES CONDIDIT ANNO CHRISTI MCCCCLVI’ ‘[PAUL II] built this palace in 1465’. Notice the absence of the viridarium or secret garden. As for the towers, only one would be built, facing south, namely the Torre della Biscia. 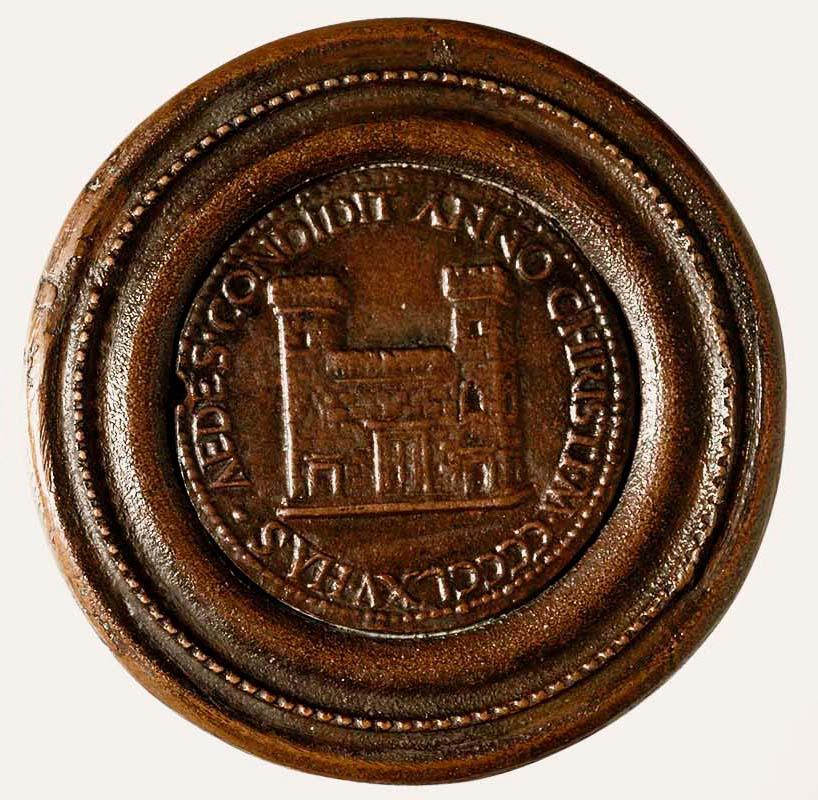 This particular example, now exhibited in the Barbo Apartment, has a remarkable importance for the events of Palazzo Venezia. It was found in a money box in the foundations of the oldest part of the façade: there it had been walled in around 1468 according to a custom that, documented by classical antiquity sources, became popular once again during the Renaissance.