The apothecary set of San Pietro in Montefiascone

Important chemist's items, offering rare insight into the world of nunneries in the late 17th century

The apothecary set, exhibited in the Palazzetto, is a homogeneous complex of 99 objects, which once were in the pharmacy, or indeed apothecary, of the Benedictine nuns of San Pietro in Montefiascone, near Viterbo.

The core of the set is made up of 54 maiolica vases in a shade of light blue (and in some cases almost grey) called ‘berettina’, made by a workshop in the nearby town of Bagnoregio. 47 of them were completed in 1652 under the abbess Maria Vittoria Vassallotti of Bagnoregio, and decorated by an image of Saint Benedict, the miracle-working saint of the Order. A few years later, in 1657, the apothecary set was completed by a second group that is stylistically different, even if it was also made by a pottery workshop in upper Lazio.

Many vases have a central strip with painted wording identifying the contents. The jug with ‘OXIMEL.SIM.’ was thus filled with simple ossimele, a blend of honey and water cooked over a low flame. The albarello jar labelled as ‘V. CORDIAE. GUA’ contained an ointment-cordial of Guainerio, and the jug with ‘SY°. ROS. SOL.’ HAD A SPECIAL FLOWER OIL Lastly there was a ‘Rose syrup for solutions’, an infusion of pale roses with sugar. 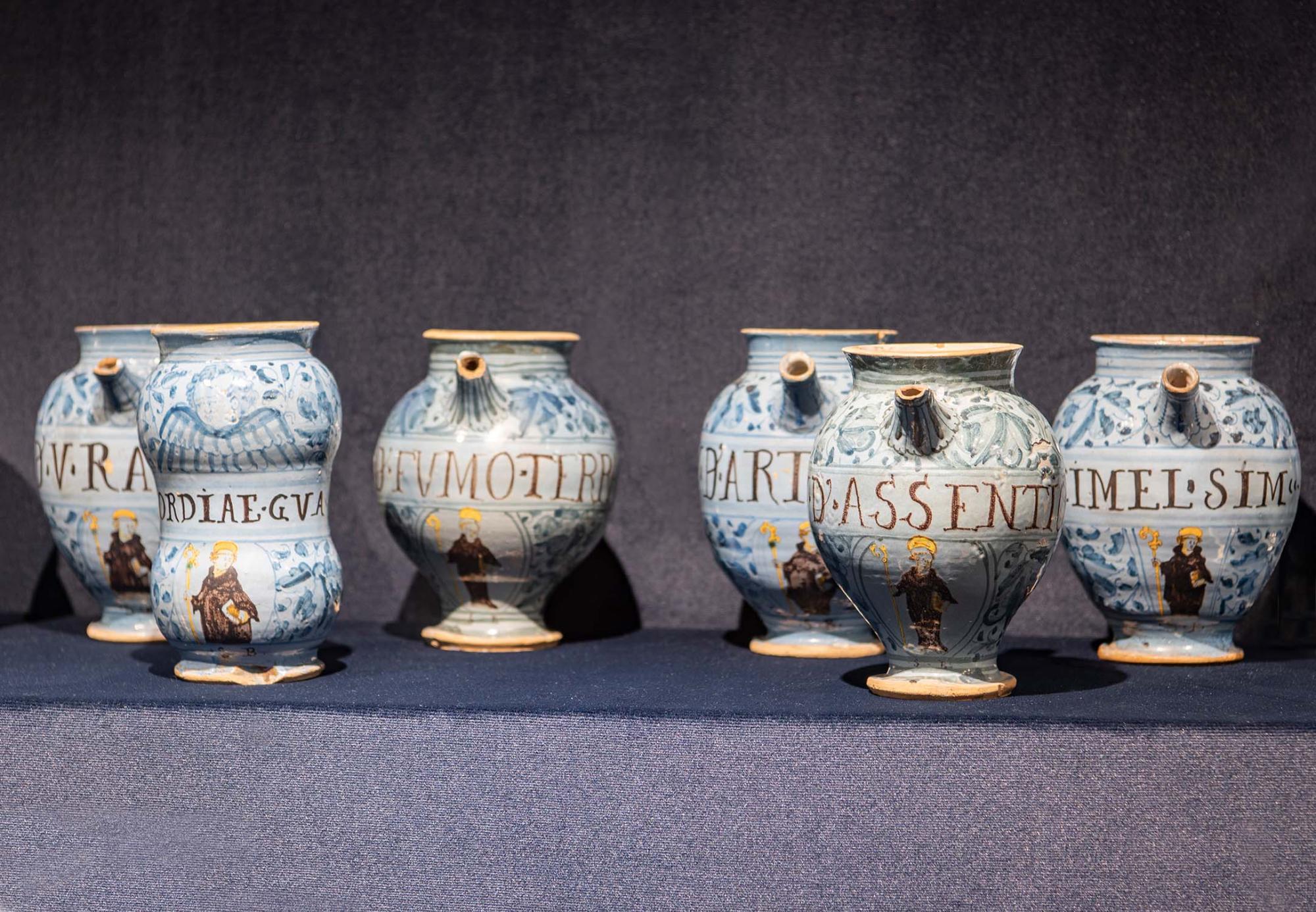 The ceramic jars were accompanied by 35 boxes, 12 glass vases and an antique mortar and pestle. The set remained in Montefiascone until 1920: Federico Hermanin (1868-1953), faced with the real danger that they would end up on the art market, decided to move them to Palazzo Venezia.