Recent past, present and future

Between 2015 and 2020, Palazzo Venezia was part of the forty-six museums and art venues managed by the Lazio Museum Centre, together with the Vittoriano. A rare and majestic example of Renaissance architecture, for various reasons the building, with the exception of the museum, had been progressively barred to visitors. During that period, a reopening program was decided in order to allow it to be appreciated in organic and unitary terms. 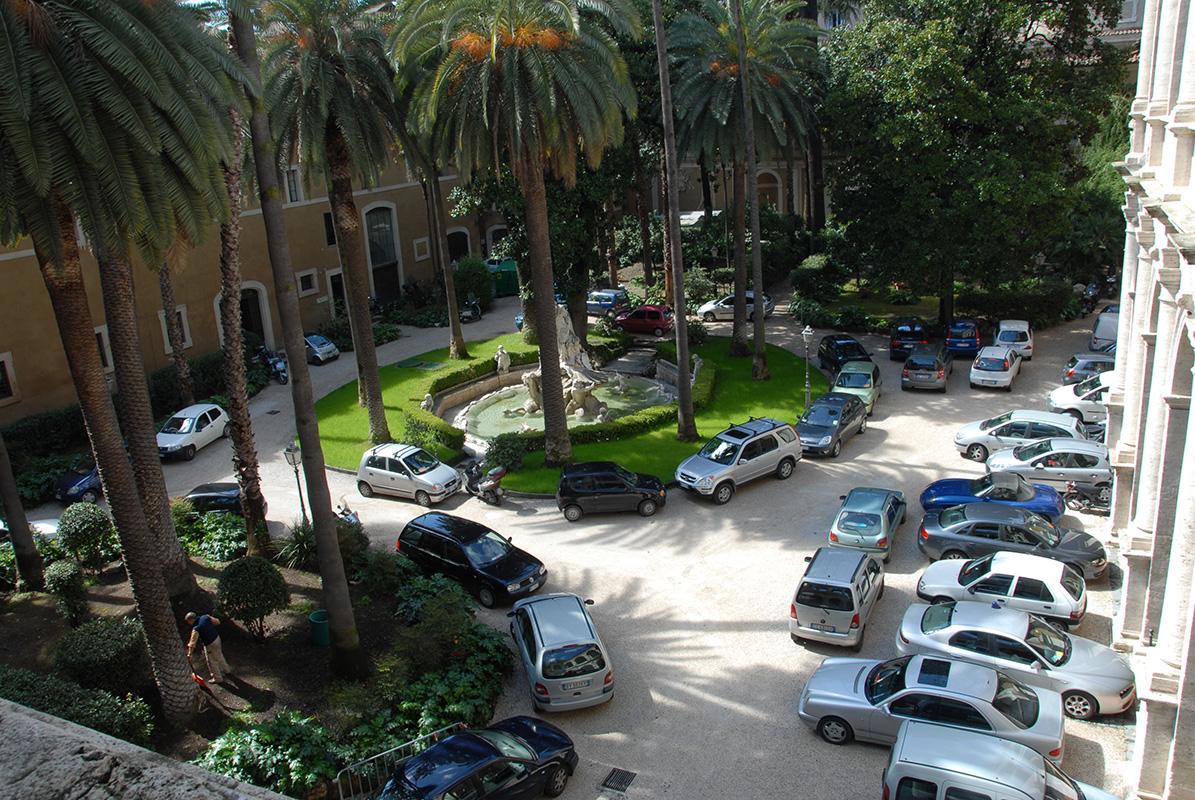 The starting point was the garden. In April 2016, the garden, finally banned to cars and motorcycles, once again became the prerogative of citizens and tourists. Since then, it has welcomed hundreds of thousands of people, attracted by this green oasis in the heart of Rome no less than by the large number of cultural events organised inside it, especially in summer. 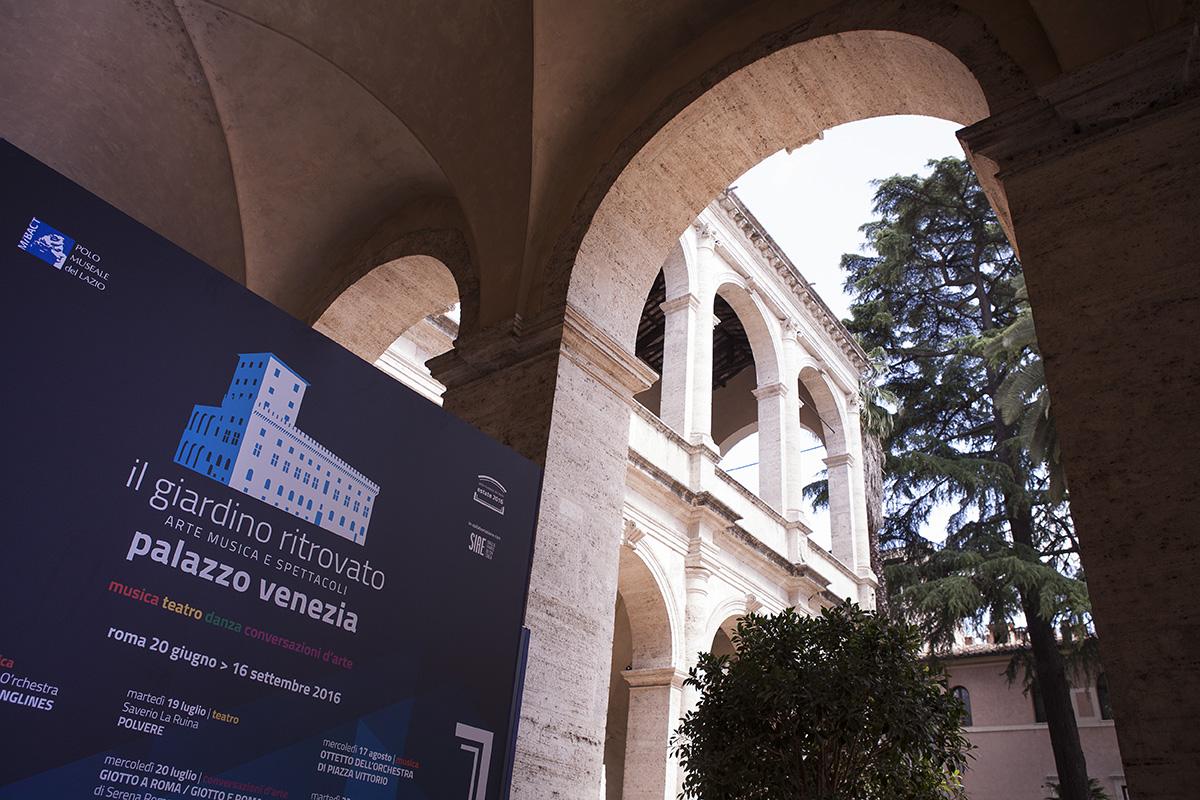 First edition of The Rediscovered Garden. Art, Music and Theatre at Palazzo Venezia, held to celebrate the restoration and reopening of the large garden 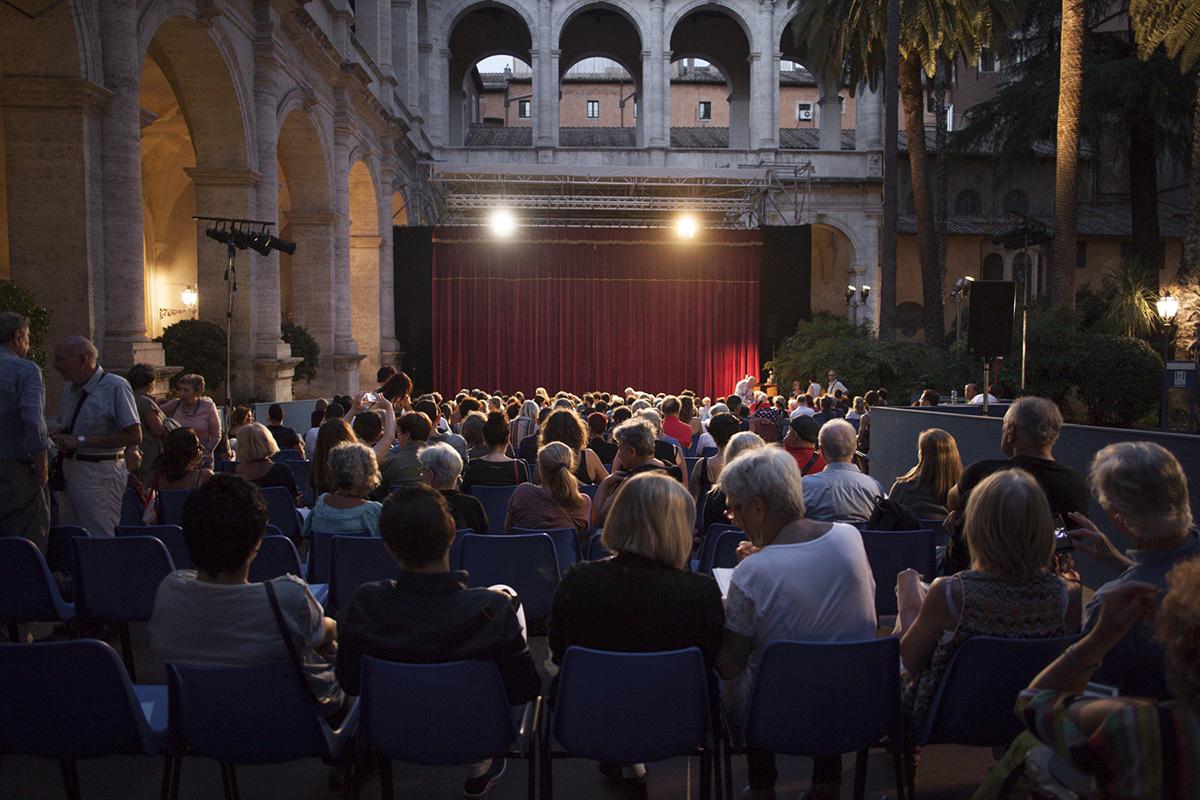 The large garden during a performance held as part of the 2016 edition of The Rediscovered Garden. Art, Music and Performance at Palazzo Venezia.

The same then occurred for other key areas of the building, such as the Barbo Apartment, the Sala del Mappamondo, the Sala delle Battaglie and the Sala Regia. Finally, guided tours have provided an extremely important and suggestive itinerary, which includes the roof-spaces, the patrol route and Marco Barbo’s panoramic roof terrace: among other things, the public has been able to enjoy a breath-taking view, with an unprecedented lengthwise view from Piazza Venezia to the Colosseum, through via dei Fori Imperiali. 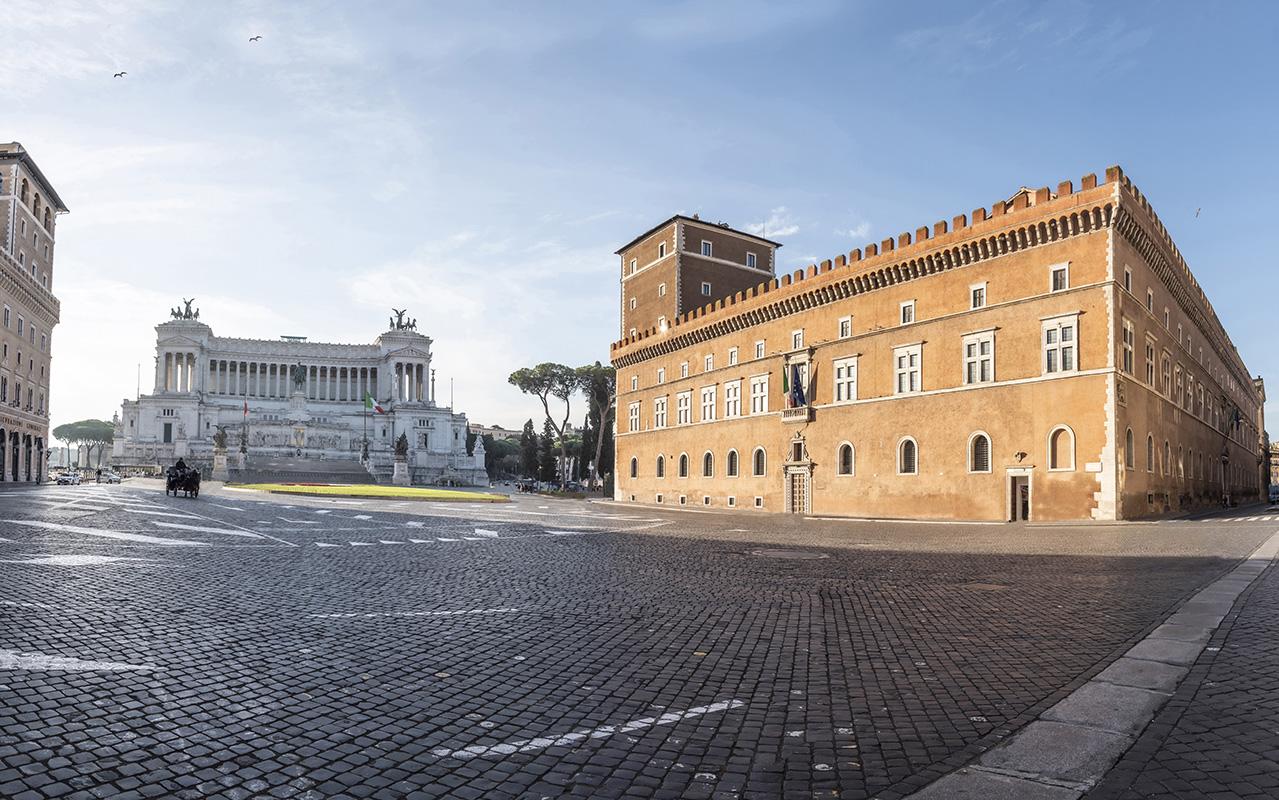 View of the complex of buildings that makes up VIVE, the Independent Institute of the Vittoriano and Palazzo Venezia

Within the new dimension of VIVE, Palazzo Venezia is destined, among other things, to revive its traditional vocation for applied arts. The goal is to illustrate the long path that led from the "made in Italy" of medieval and Renaissance tradition to the modern Made in Italy.