Another of the spectacular rooms in the palace, which arouse the admiration of many famous individuals throughout the centuries, including Wolfgang Amadeus Mozart and Gioacchino Rossini

The room is part of the sequence of monumental spaces built by Cardinal Pietro Barbo immediately after his election as pope with the name Paul II (1464-1471) as reception rooms. The goal was to transform the palace he had lived in as cardinal into a pontifical residence that would act as an alternative to the Vatican. 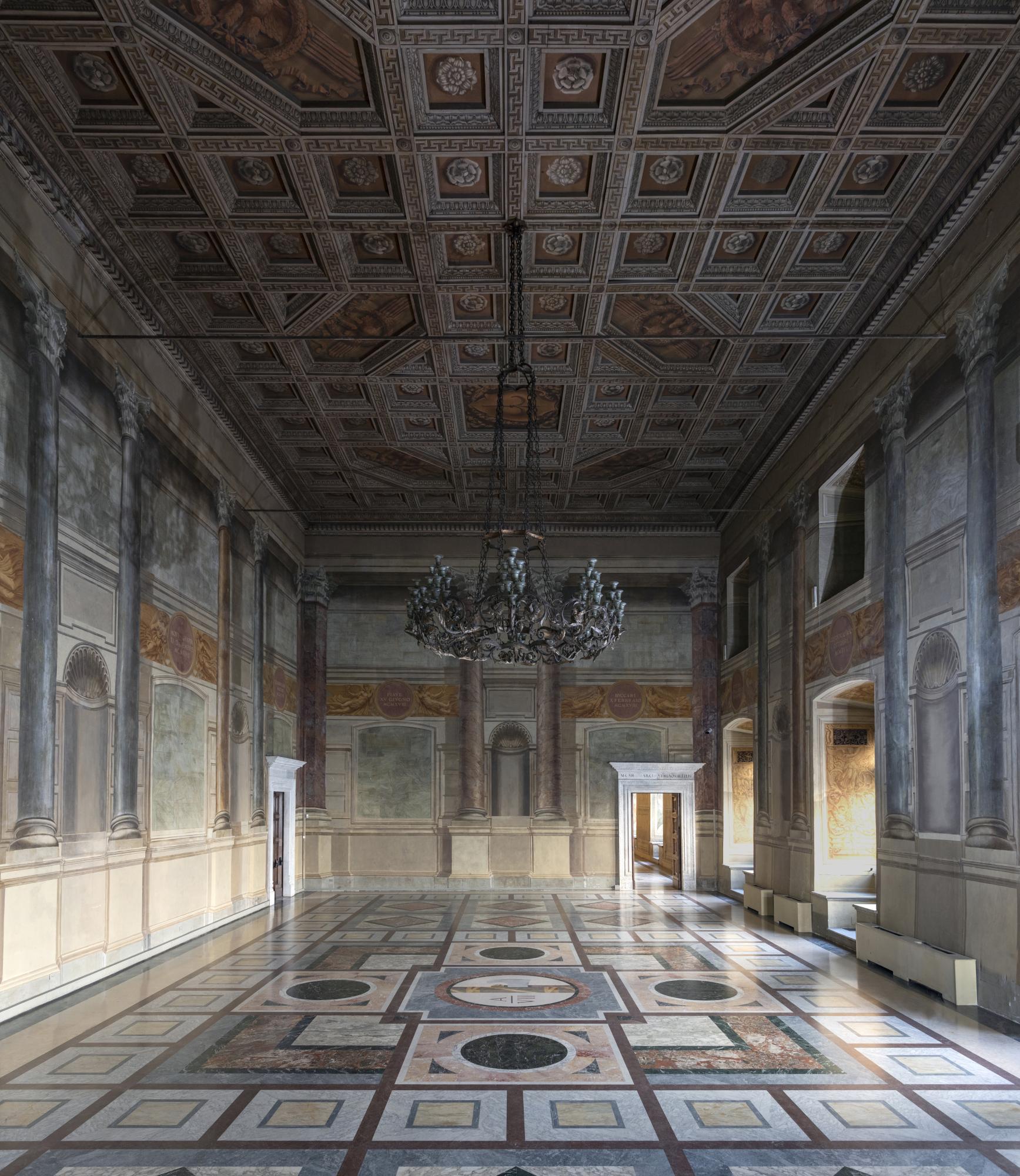 This room, for a long time known as the Sala del Concistoro (Room of the Concistory), because the college of cardinals used to hold its meetings here – the last meeting here dates back to 1597 – assumed great notoriety in the eighteenth century. At that time, it was illuminated by five large chandeliers brought specially from Murano and for this reason, it was called Sala dei Cinque Lustri (Room of the Five Lights). It was under these chandeliers that the 14-year-old Wolfgang Amadeus Mozart (1756-1791) held one of his legendary concerts in 1770. A few years later, in 1842, the palace now passed to Austrian ownership, Gioacchino Rossini (1792-1868) conducted the Stabat Mater there for the first time.

After hosting the 1922 exhibition of works of art returned from Austria, the room was chosen as that which Benito Mussolini used to welcome politicians and dignitaries. After World War II, the room held the museum's permanent collections, then was converted to a temporary exhibition space in the 1980s. As of 2016 it has been one of the rooms open to the public. 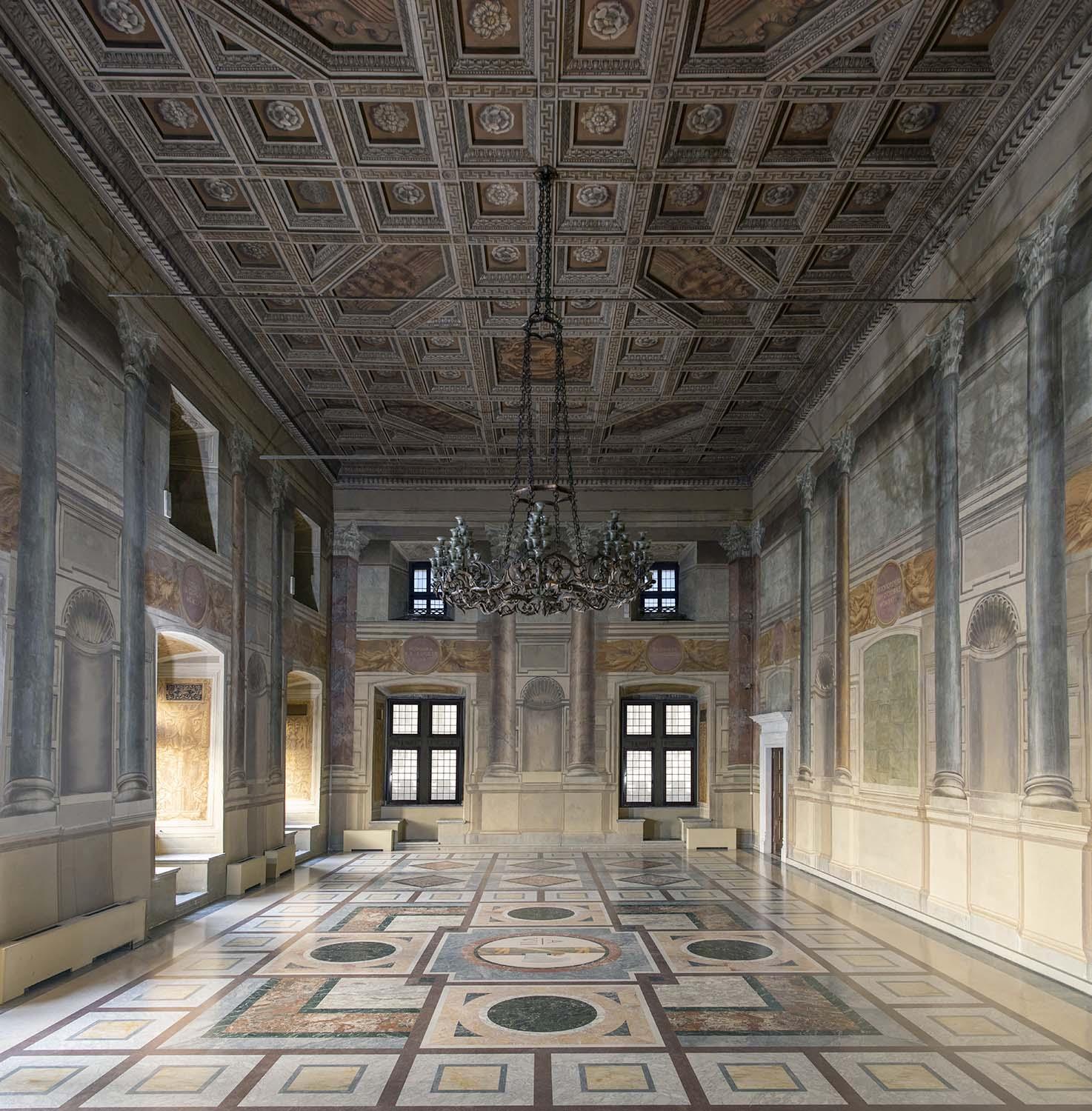 Having lost all traces of the fifteenth or eighteenth century details, the walls feature a decorative scheme that was designed in the 1920s by the architect Armando Brasini (1879-1965) and carried out in 1929 by the painter Giovanni Costantini (1872-1947). Brasini designed illusionistic Neo-Renaissance architecture inspired by walls of the Sala del Mappamondo. Columns, placed on top of tall stylobates, alternate with wall panels and false niches: clypei and plaques contain the names of the battles fought by Italy during the First World War. It is from these battles, fought from Monte Grappa to Vittorio Veneto, that this room takes its current name.
The marble floor and ceiling are also from the 1920s. The coffered ceiling, in particular, is also clearly inspired by the Renaissance, embellished with a chandelier designed by Giorgio Liebe. 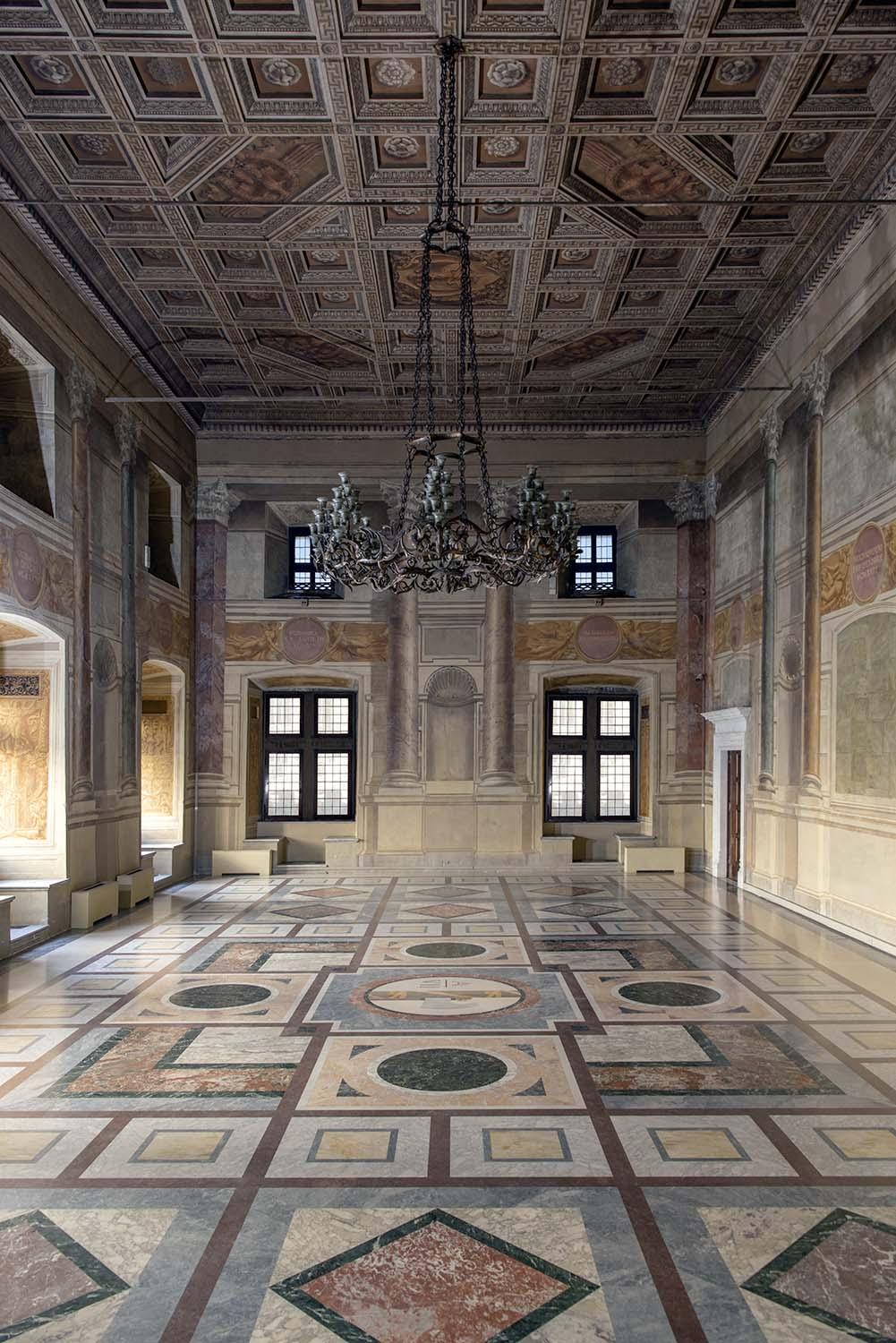