Named after the eighteenth-century stock comic character that embodied the obtuse conformist, this publication lashes out against the temporal power of the popes

The satirical journal Don Pirlone began activity in Rome in September 1848 and took its name from a carnival costume representing a clergyman. It was a periodical with stinging articles accompanied by engravings that depicted episodes from the chronicle of Rome or of Italy. The preparatory drawings, preserved in the Museum, follow a very widespread trend within the genre of caricature that emphasises the theme of the grotesque realised either through the animal transfiguration of the subject, a sort of symbolic zoomorphism, or through the accentuation of some physical features of the people portrayed. For example, the lion was used to depict the Republic of Venice, the two-headed eagle for the Habsburg Empire or the Trinacria to symbolise Sicily. 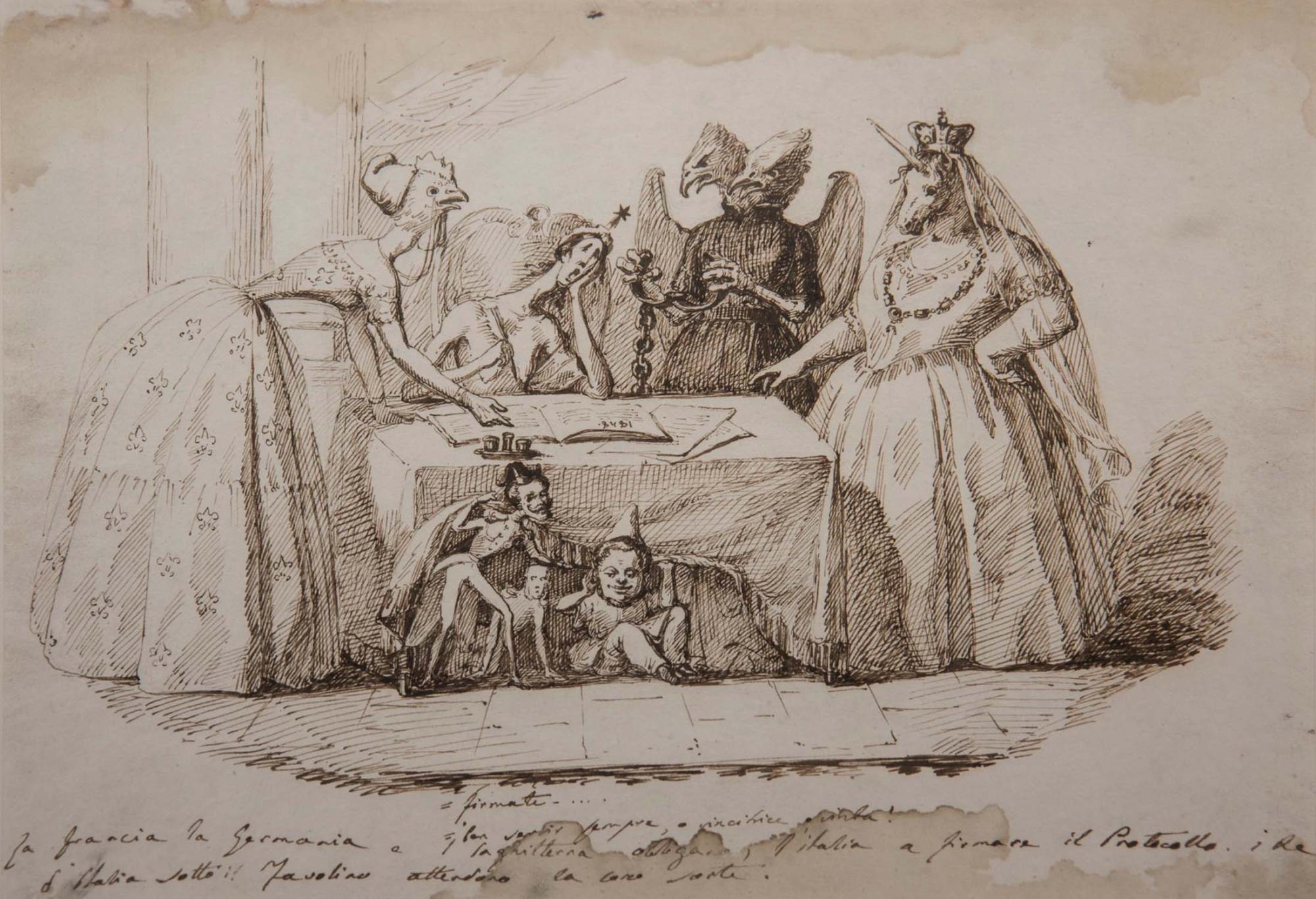 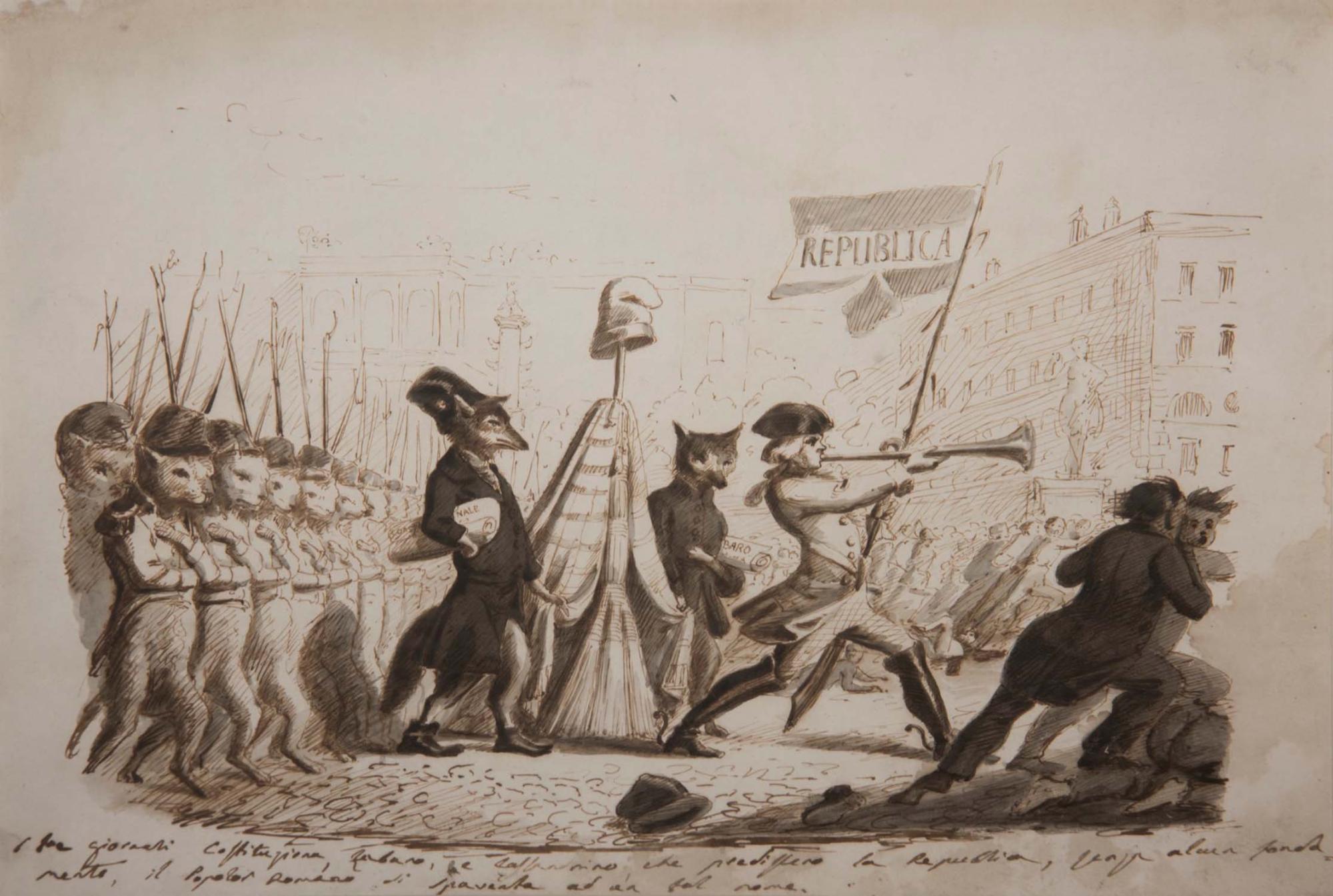 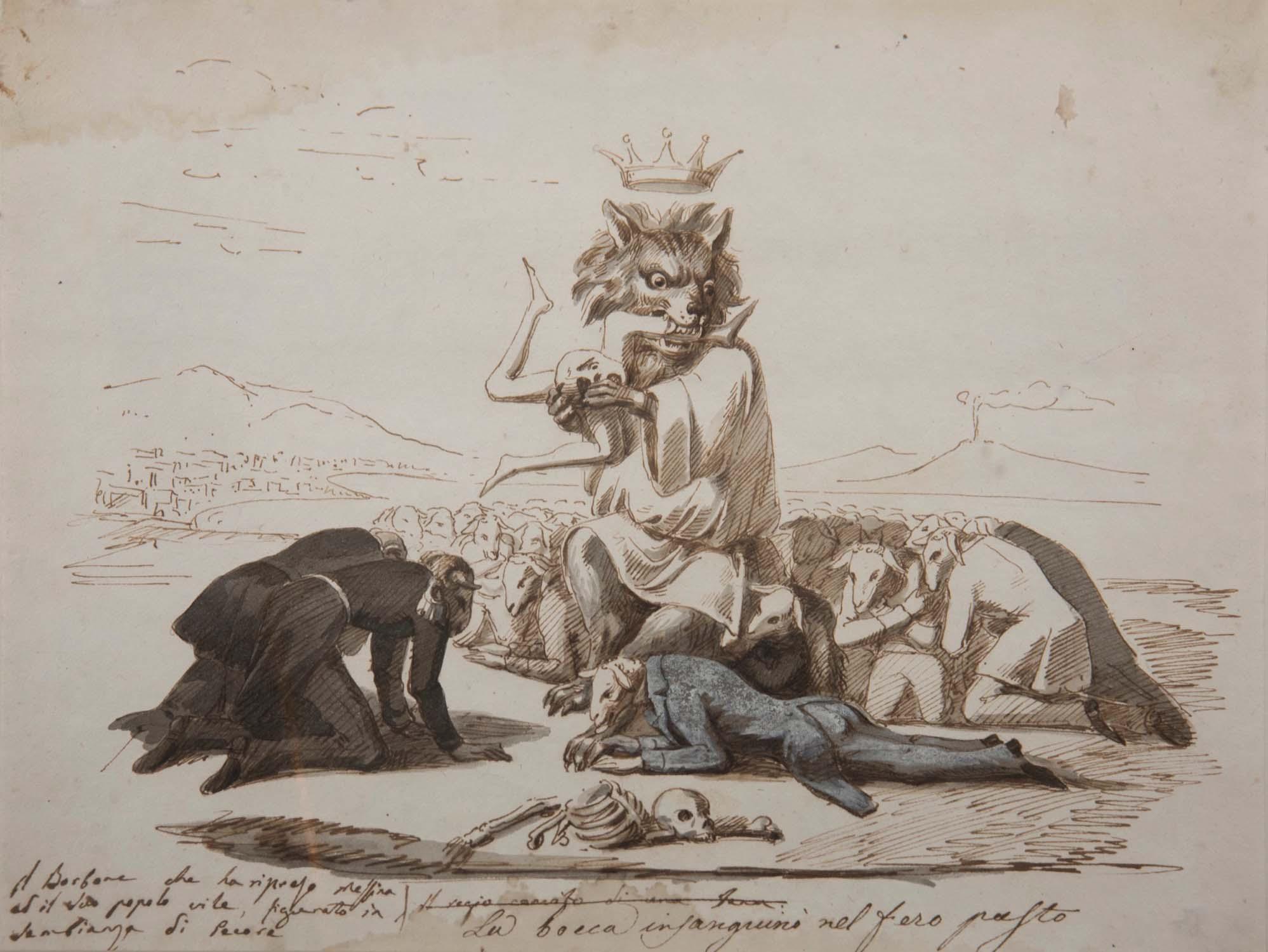 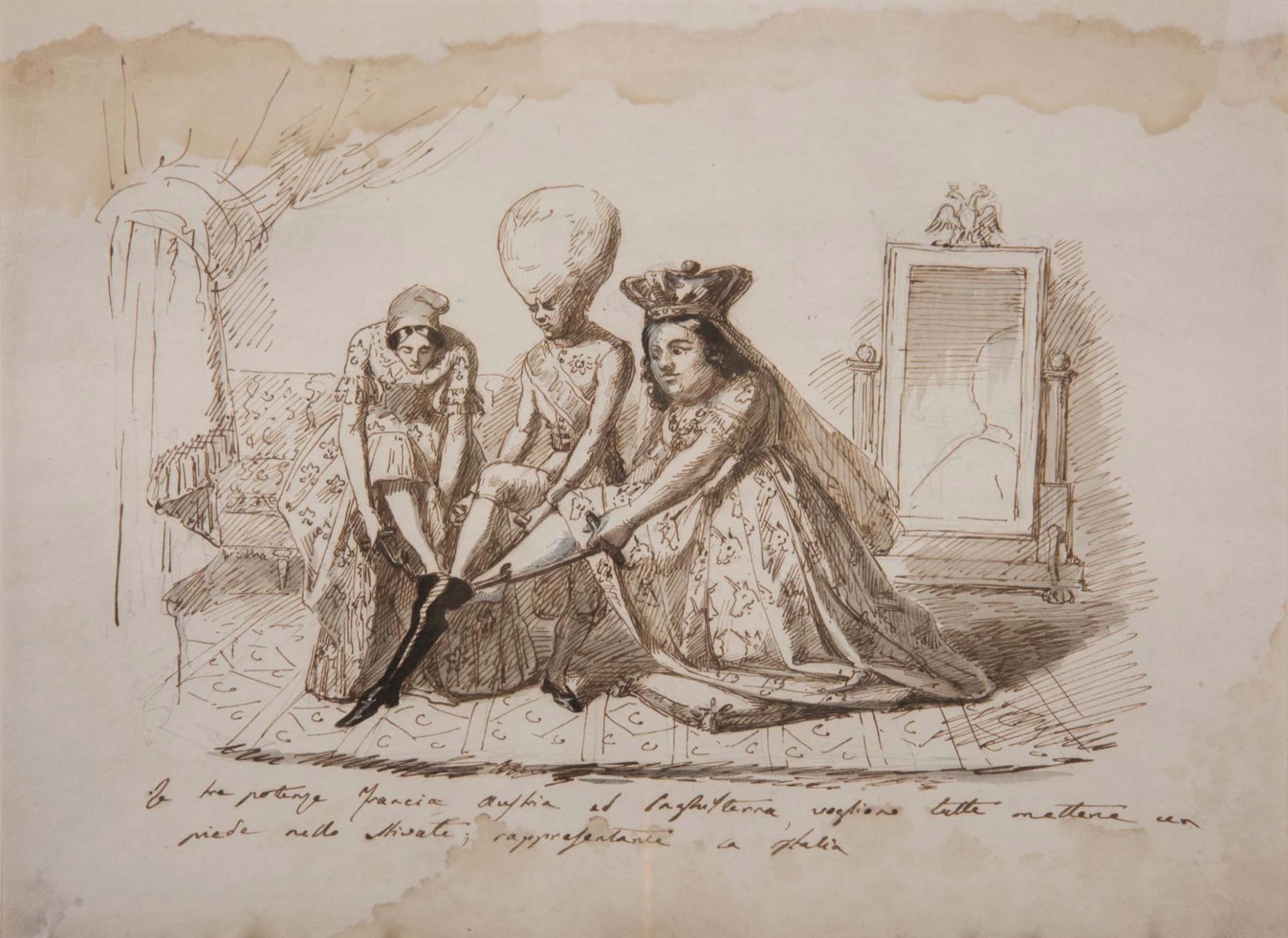