One of the fathers of the Risorgimento foreshadows the birth of the Third Rome, after the one of the emperors and of the popes

The birth of the Young Italy movement of Giuseppe Mazzini (1805-1872) in 1831 represents one of the key moments in the Italian Risorgimento. This portrait is inspired by an engraving by Luigi Calamatta (1801-1869): on the collar of Mazzini’s jacket you can see a small cockade reminiscent of the Tricolour of the Roman Republic of 1849, while his hand holds a sheet of paper on which the words “Italy of the People”, one of the mottoes of Mazzinian thought, are legible. In the background, Rome is evoked through an idealised panorama summarised by two monuments: Saint Peter’s Basilica and Castel Sant’Angelo. For this reason, the Tricolour flag flies on the top of Castel Sant’Angelo. This was the signal used in 1849 with the creation of the Roman Republic to make it known that the Rome of the Popes had been succeeded by the Rome of the People. 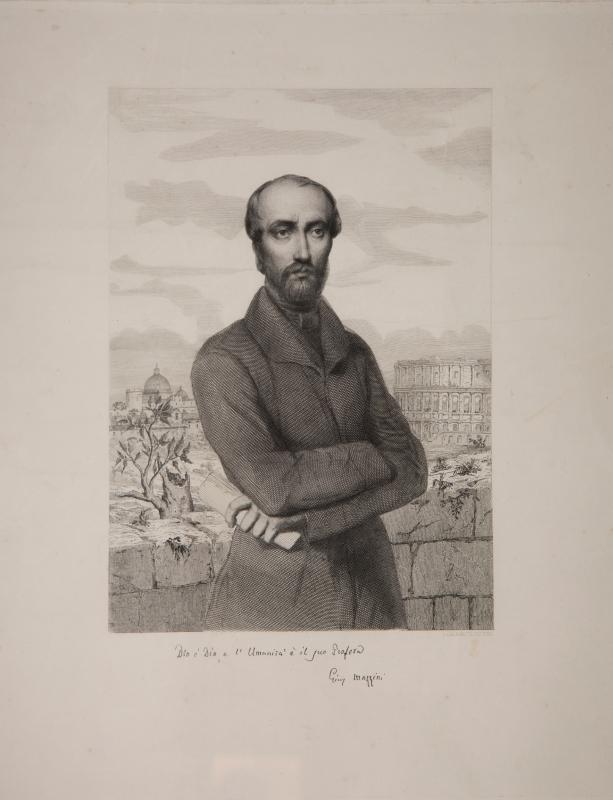 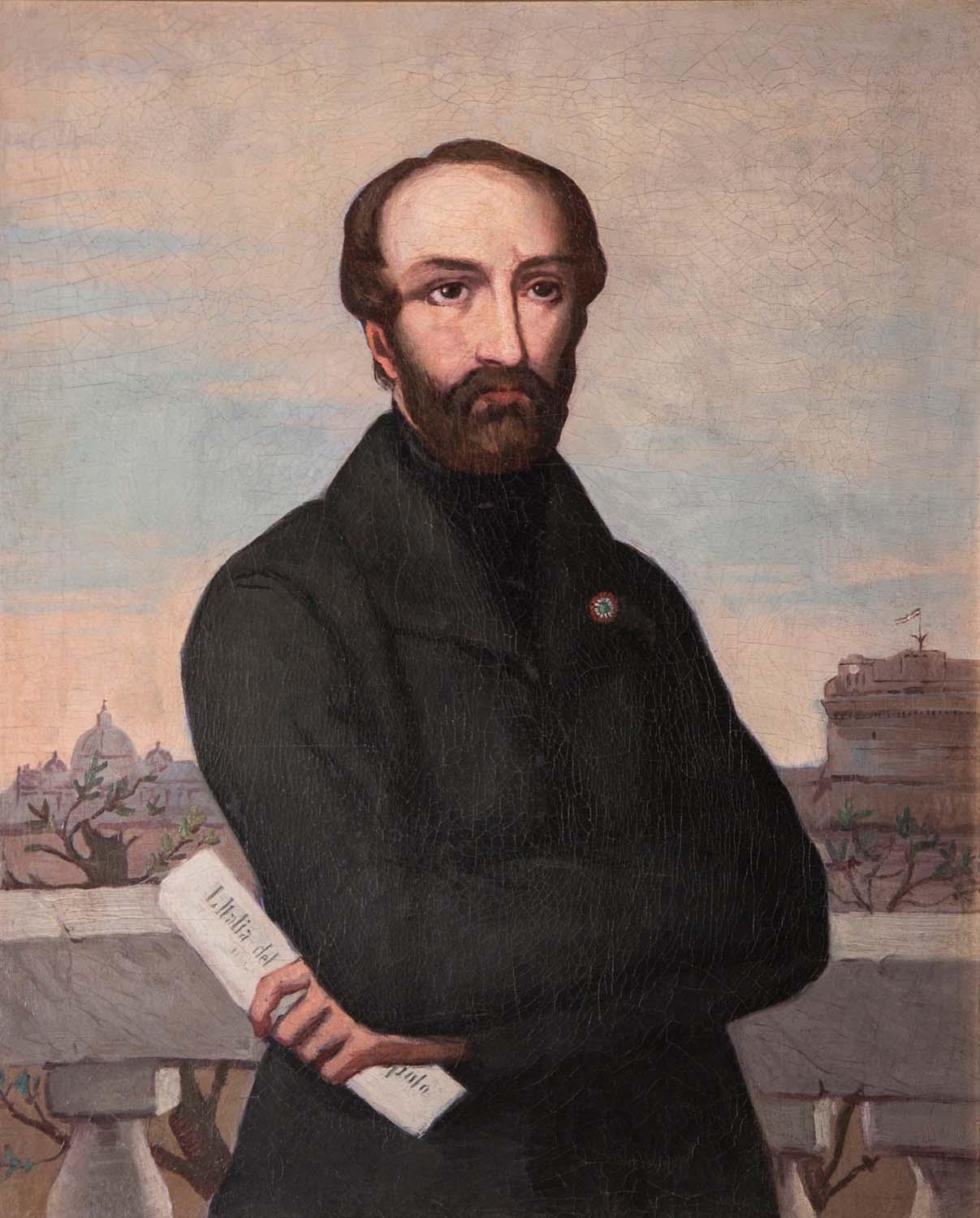