Sketch of the Memorial to General Cialdini and the fallen in the battle of 18th September 1860, at Castelfidardo

On 18 September 1860, the Sardinian army, under the orders of General Enrico Cialdini (1811-1892), while marching towards southern Italy, encountered the troops of the Papal State. The papal soldiers were defeated on the field and forced to fall back to Ancona where they surrendered. Following this victory, a general uprising led to the plebiscite and the consequent annexation of the Marche and Umbria regions to the Kingdom of Italy. 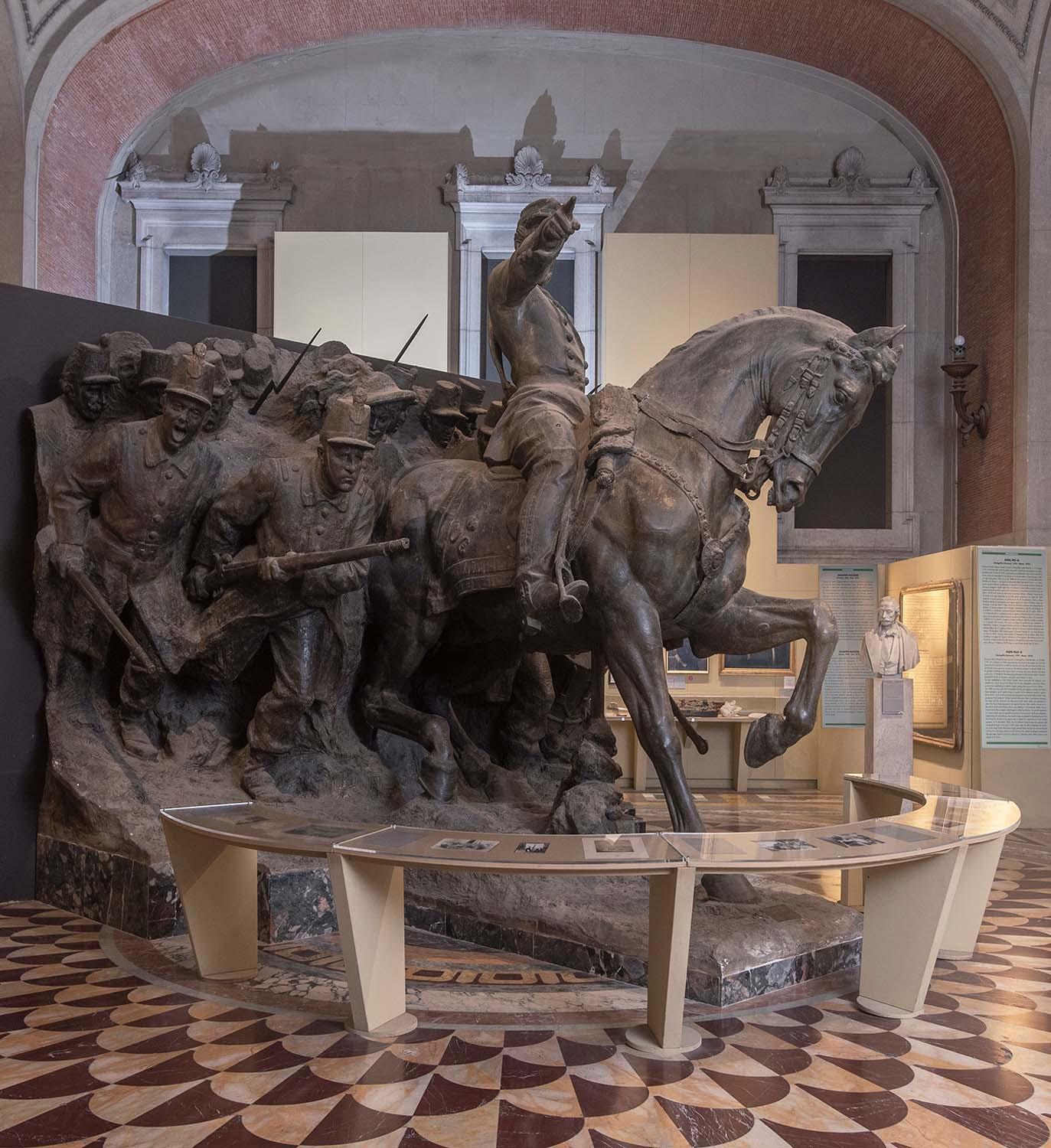 The memorial to Cialdini was commissioned to sculptor Vito Pardo (1872-1936) in 1910, who cast it in bronze for the city of Castelfidardo. This model, in plaster and wood, gives you a good idea of the scale of the structure of the entire monumental complex at Castelfidardo, which is about 6 meters high and 12 metres long, situated on a 160-square-metre mountain made of travertine boulders. 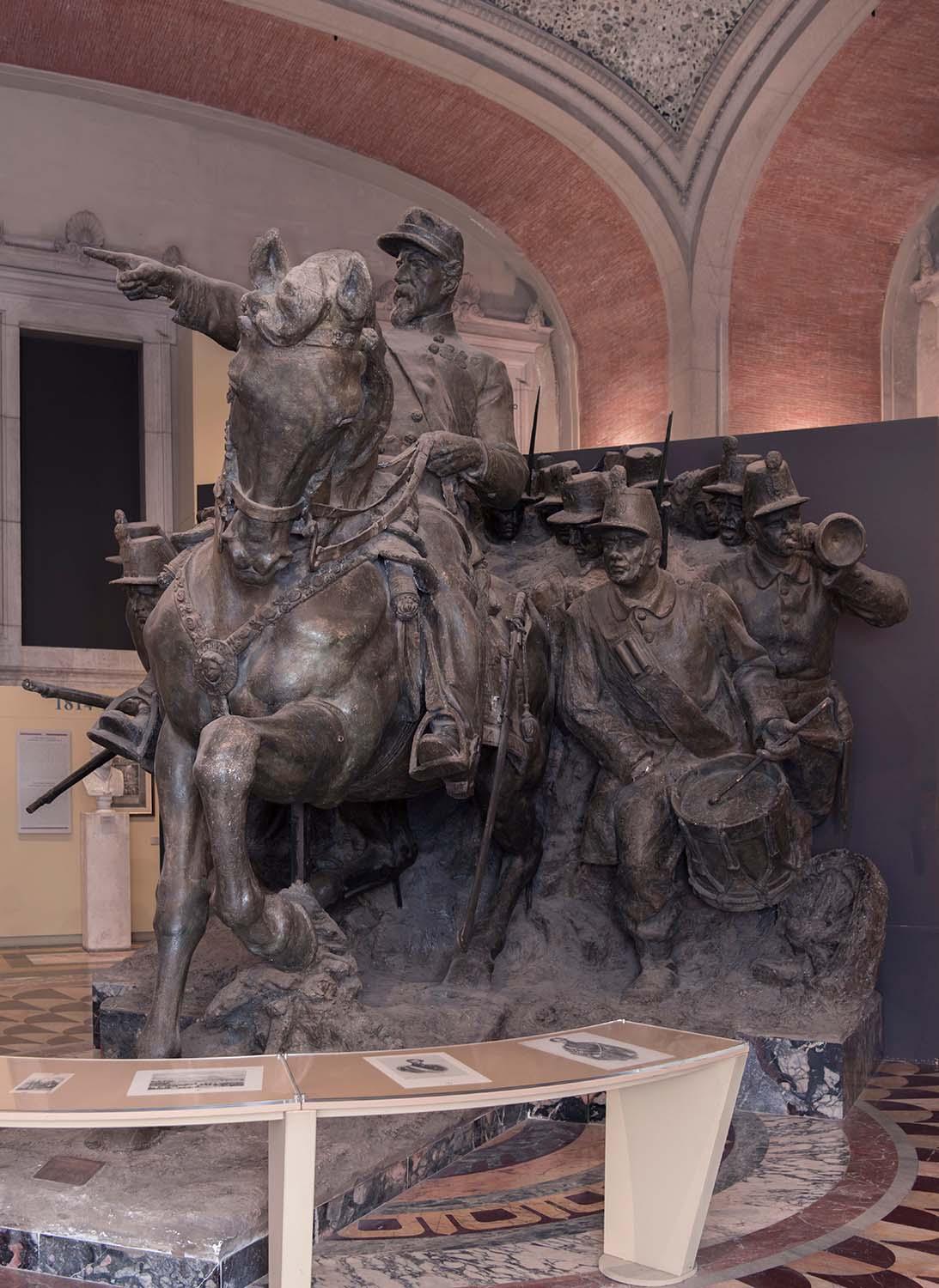