A faithful reflection of a multi-faceted person who loved poetry, art and music

Born in Naples, Rocco Pagliara (1857-1914), began his career as a literature teacher, then, in 1888, became the chief librarian and administrative director of the Naples Conservatory of Music in the Complex of San Pietro a Majella. A well-educated, modern Renaissance man, Pagliara was a poet and art critic, the author of numerous novels in verse and of melodies, and even a scholar and collector of art and musical autographs, the latter of which were donated in a large quantity to the Naples Conservatory of Music. 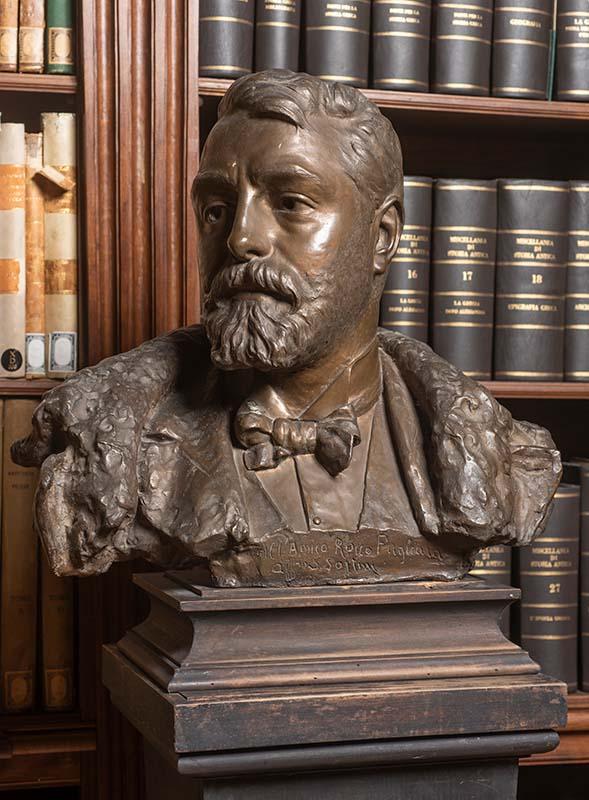 The Rocco Pagliara Archive was donated to BiASA in 1922 by his sisters, Adelaide and Maria Antonietta. BiASA only accepted the texts that were related to the subject matter of the Library. The lengthy, complicated process of sorting the materials was completed only in 1931, when the items considered
irrelevant were returned to the family. A bronze bust of Pagliara was donated along with the archive. 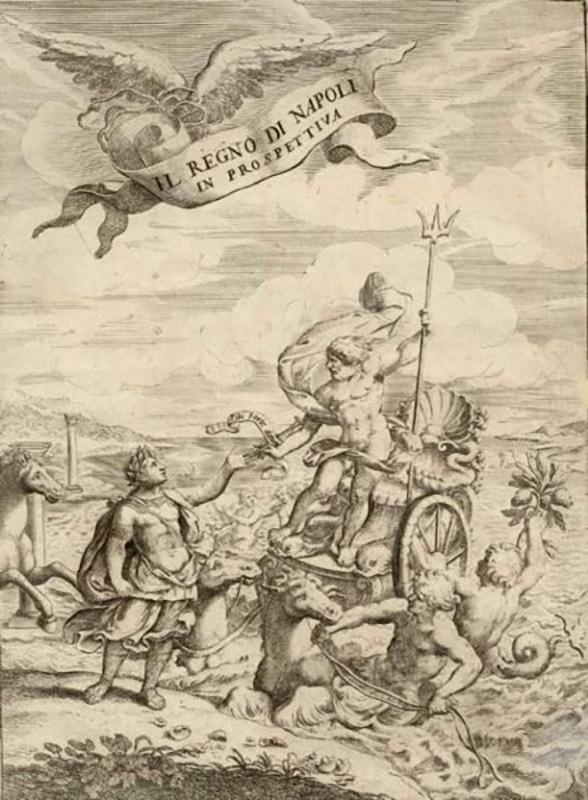 The Pagliara Archive consists of over 30,000 volumes and 2,231 pamphlets from the 16th to 20th centuries, as evidenced by a list kept among the Library's documents. The Library is also home to 10 registers containing the alphabetic list of the works. It includes publications on archaeology, art history, Italian and foreign literature, and the history of theatre, music, travel and folklore. The volumes in the archive were partially located in the shelves organised by topic, merged with the books already owned by the Library. Some were given a special shelfmark, which had the name and often the sophisticated ex libris of the donor. 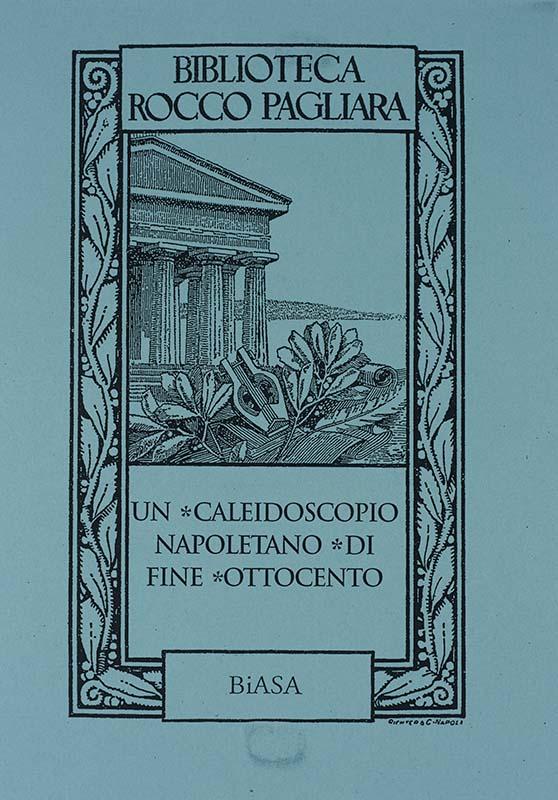 The elegant neoclassical bookplate of the donor, Rocco Pagliara

Initially located in one of the rooms of the first floor of Palazzo Venezia, the Pagliara Archive was moved to the building of the Academy of Italy at Villa Farnesina in 1939. Later returned to Palazzo Venezia, it was set up along with the bust of Pagliara in a room on the sixth floor, which was then named after the donor. Today the archive is found in the rooms of the Sala Crociera at the Roman College. 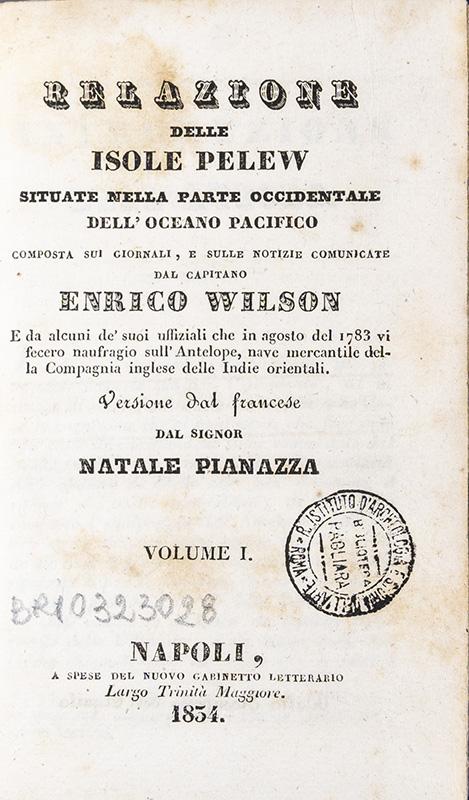 Frontispiece of An Account of the Pelew Islands, translated from French by Natale Pianazza, 1834 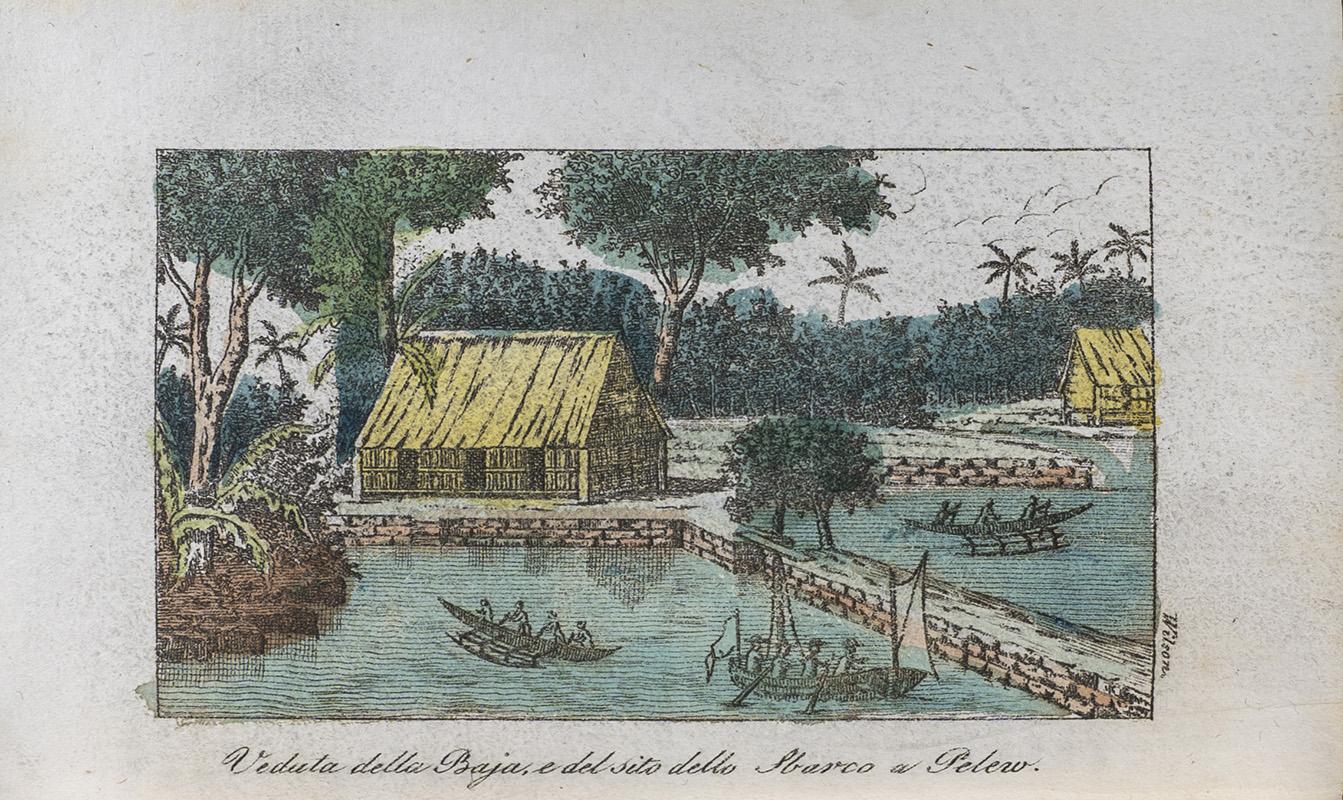 View of the Bay and the disembarkation site in Pelew An Account of the Pelew Islands, 1834 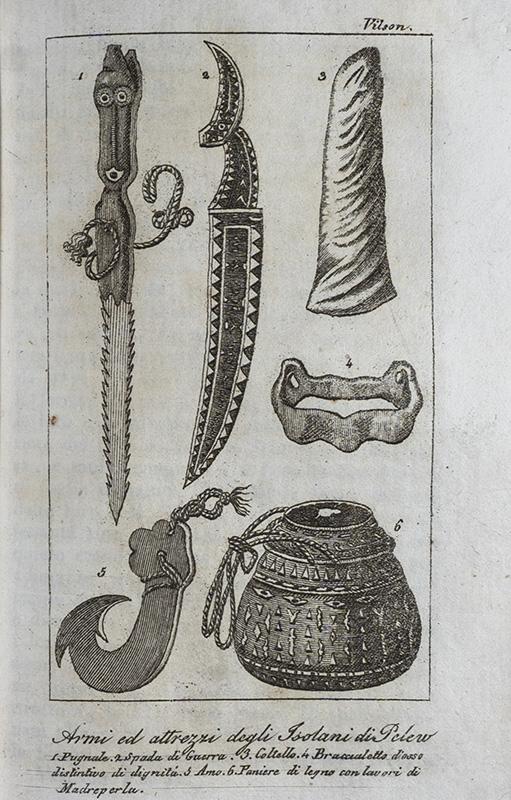