The burial ceremony of the Unknown Soldier

In 1921 it was established that the Unknown Soldier should be laid to rest in the Vittoriano, at the Altar of the Fatherland. "The tomb of the unknown soldier - Senator Antonio Fradeletto wrote on the occasion - had to be immediately visible, illuminated by the sun of Rome, constantly in contact with the people". 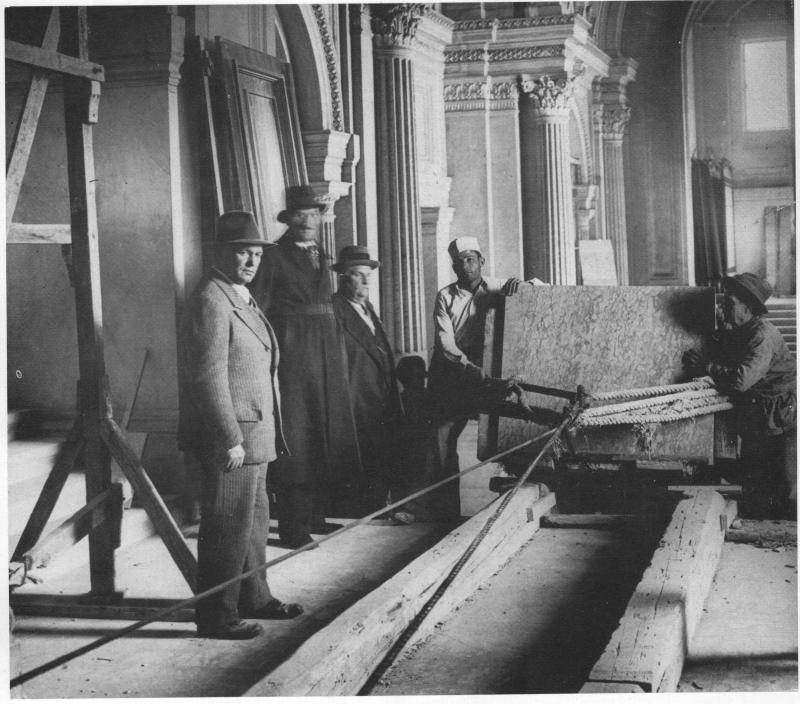 The monolith of the Tomb of the Unknown Soldier being transported

The burial was the culminating moment of a rather complex ceremony. Over the previous months, a committee had covered the main fronts of the conflict and selected eleven bodies of unknown soldiers. Placed inside as many coffins, each one rigorously identical to the other, the bodies had been moved to Gorizia and then to the Basilica of Aquileia, so that one could be chosen, to be sent to Rome. 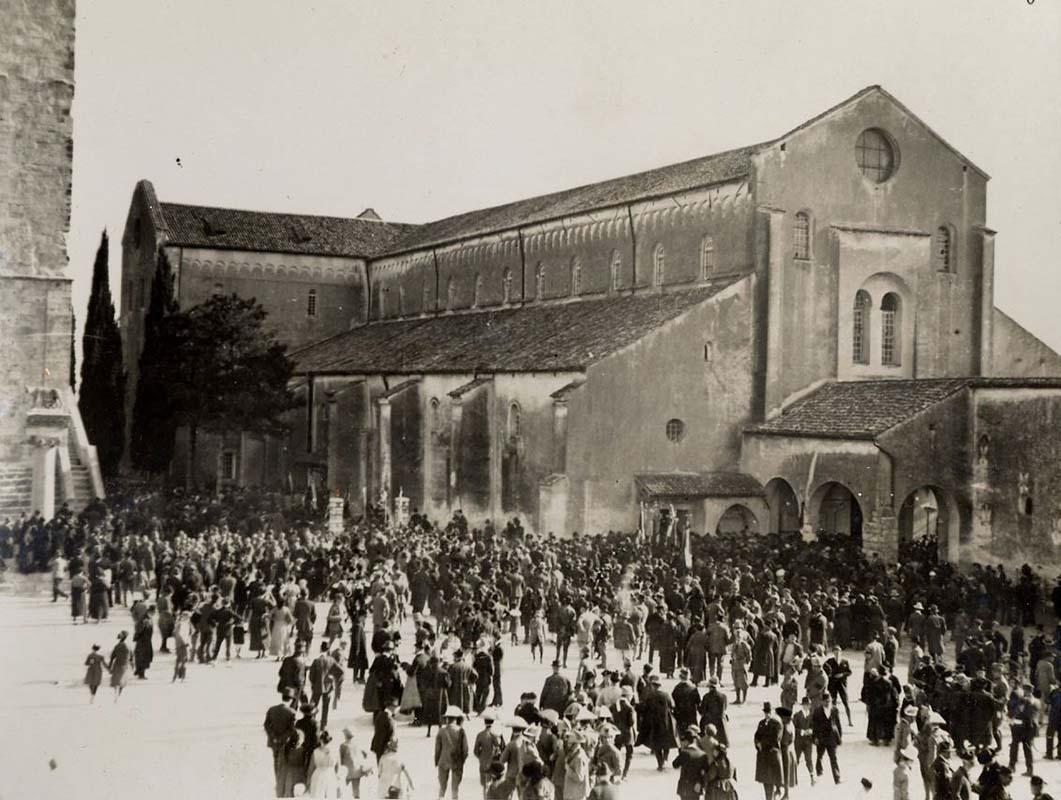 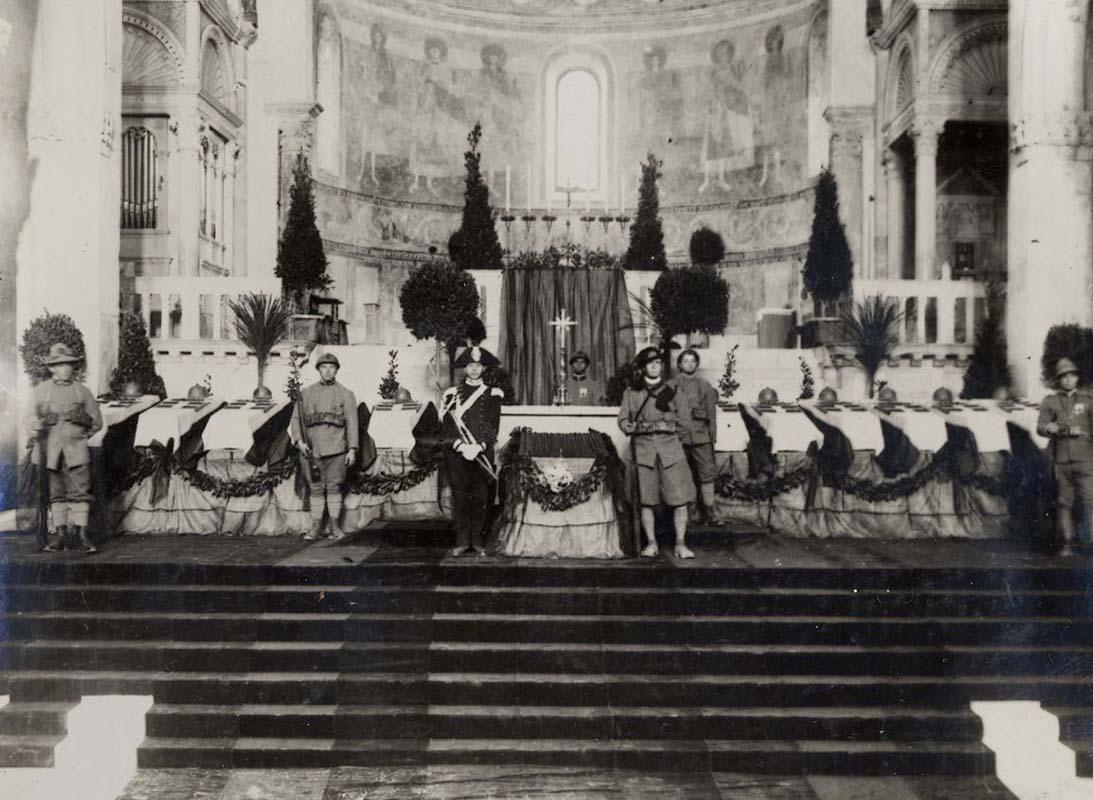 The remains of 11 unknown soldiers in the Basilica of Aquileia

The choice fell to Maria Bergamas, a woman of humble conditions who embodied a high symbolic meaning. First, Maria was a native of Trieste, one of the main centres of Italian irredentism, that is, of the movement aimed at placing Italian territories in terms of language and culture under the government of Rome, including Trento and Trieste. There is more. During the war Maria Bergamas had lost her son Antonio, one of the few from Trieste to have deserted the Austrian army and embraced the Italian one for love of the country. 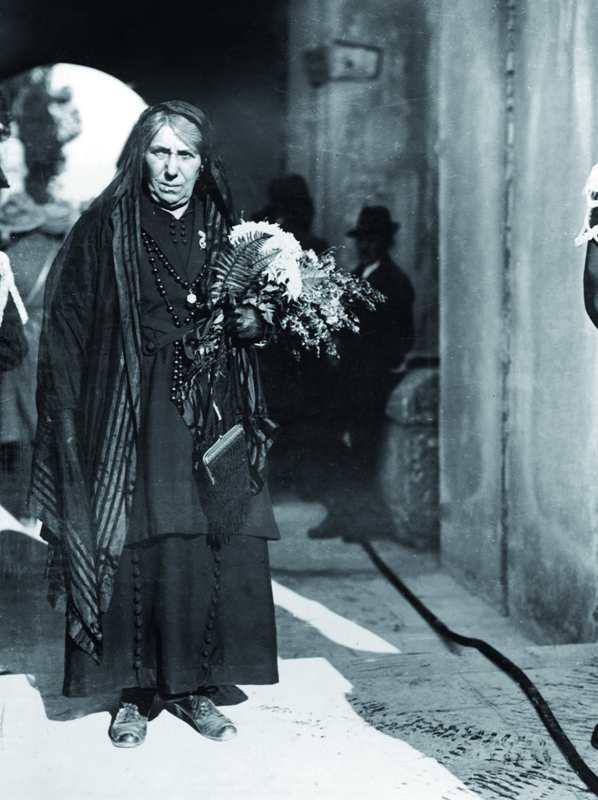 Maria Bergamas, the woman from Trieste who chose the remains of the fallen Italian soldier to be entombed in the monument 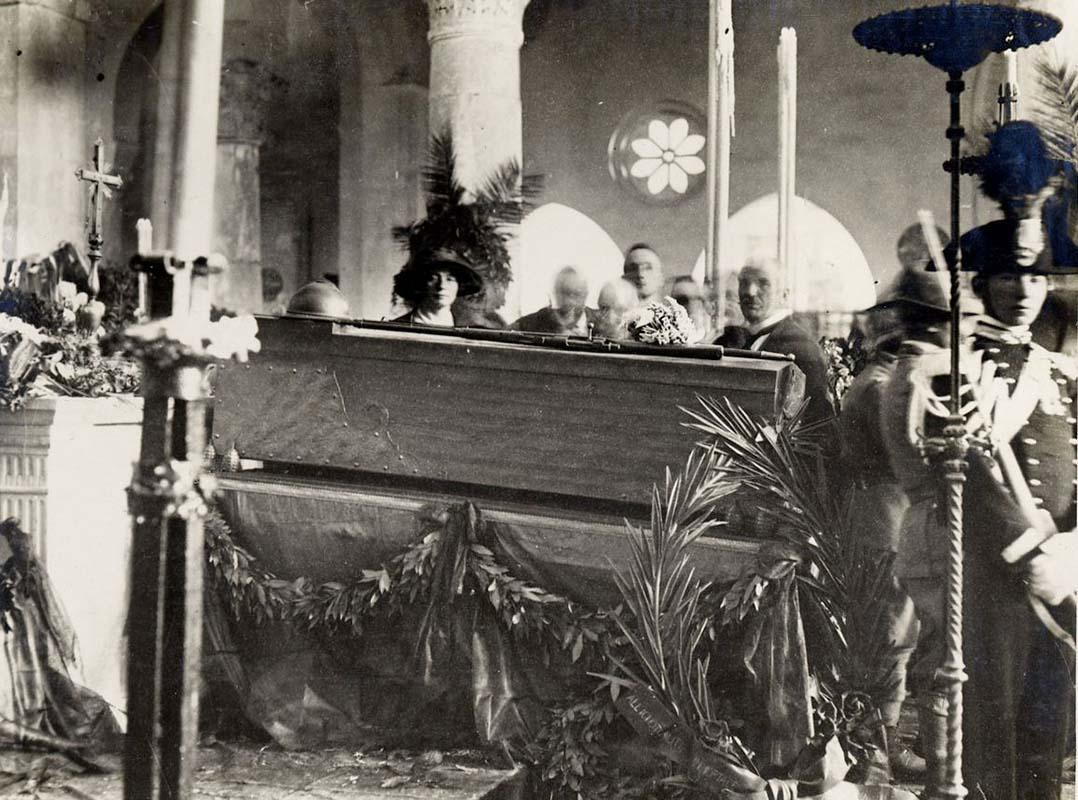 The coffin, placed on a gun carriage, was transferred by train to Rome. In the presence of an immense and moved crowd, the body was solemnly buried in the Altar of the Fatherland on 4th November 1921, the third anniversary of the victory. Since then, a guard of honour guaranteed by the Ministry of Defence has been watching over the Unknown Soldier day and night.

Gun carriage
The Guard of Honour
The third anniversary of the victory. 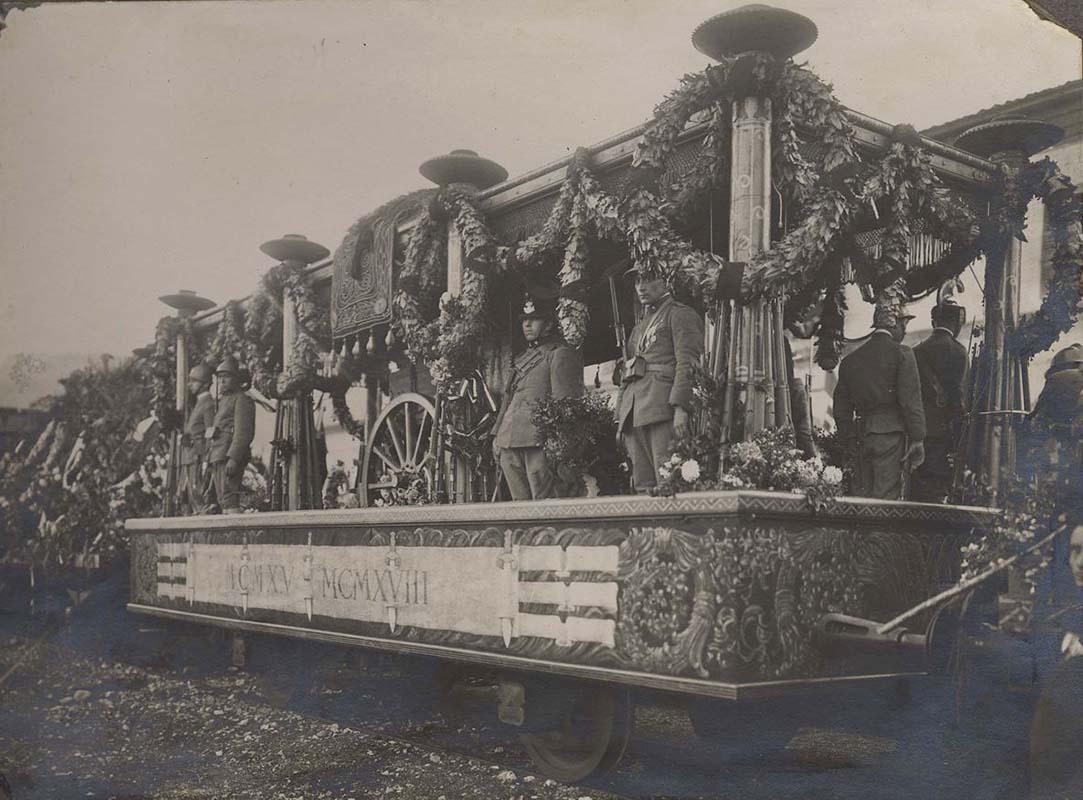 The convoy with the casket of the Unknown Soldier carried on the gun mount of a cannon, transported for a lengthy journey to the Italian capital lasting five days with 120 stops 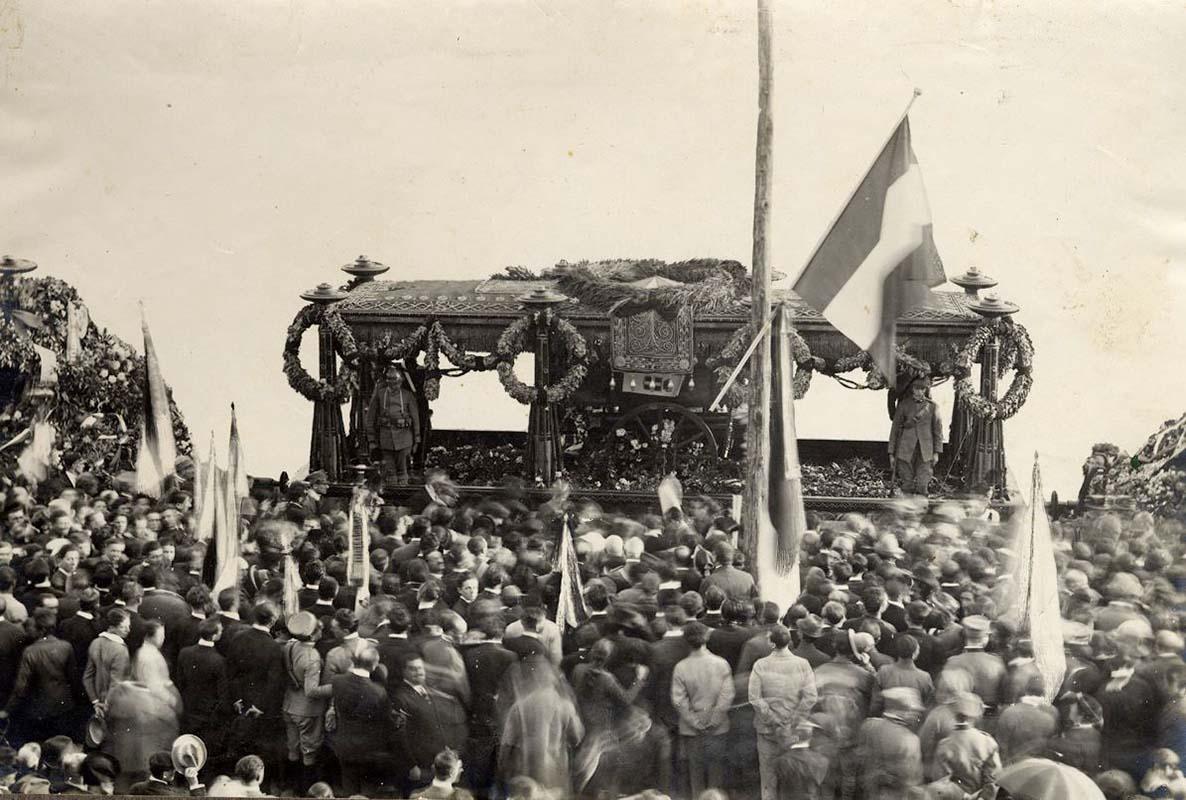 The departure of the convoy with the casket of the Unknown Soldier, transported on the Aquileia-Venice-Bologna-Florence-Rome railway line 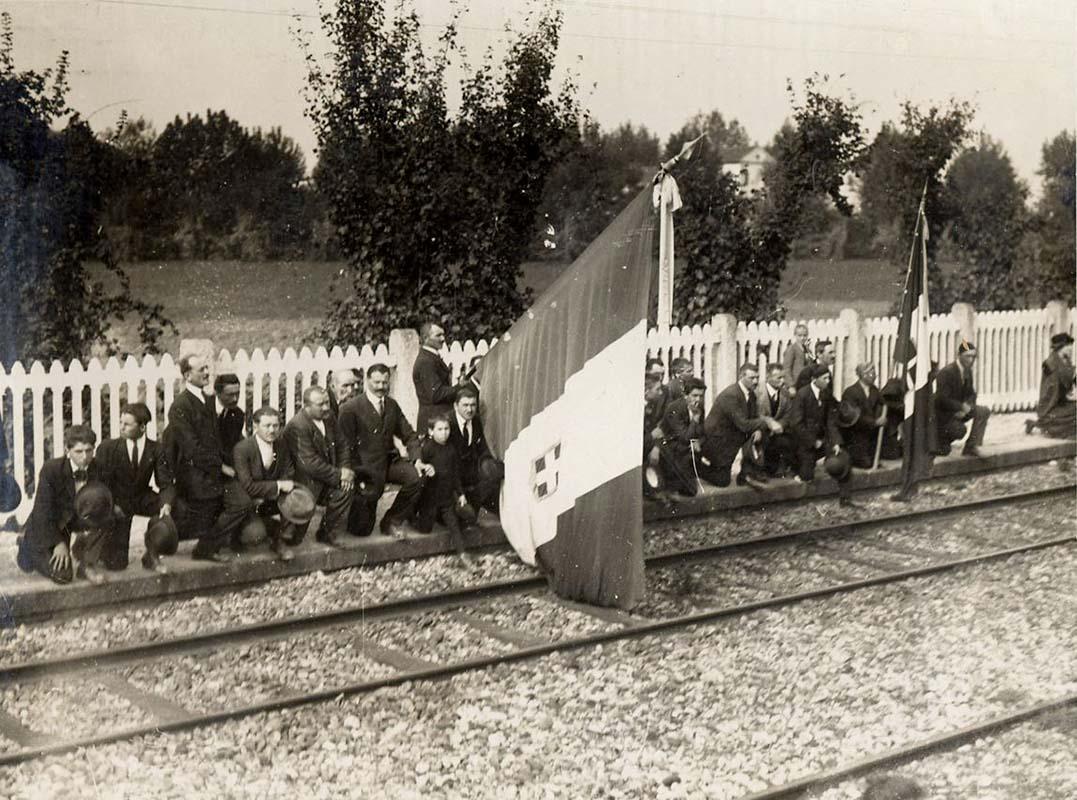 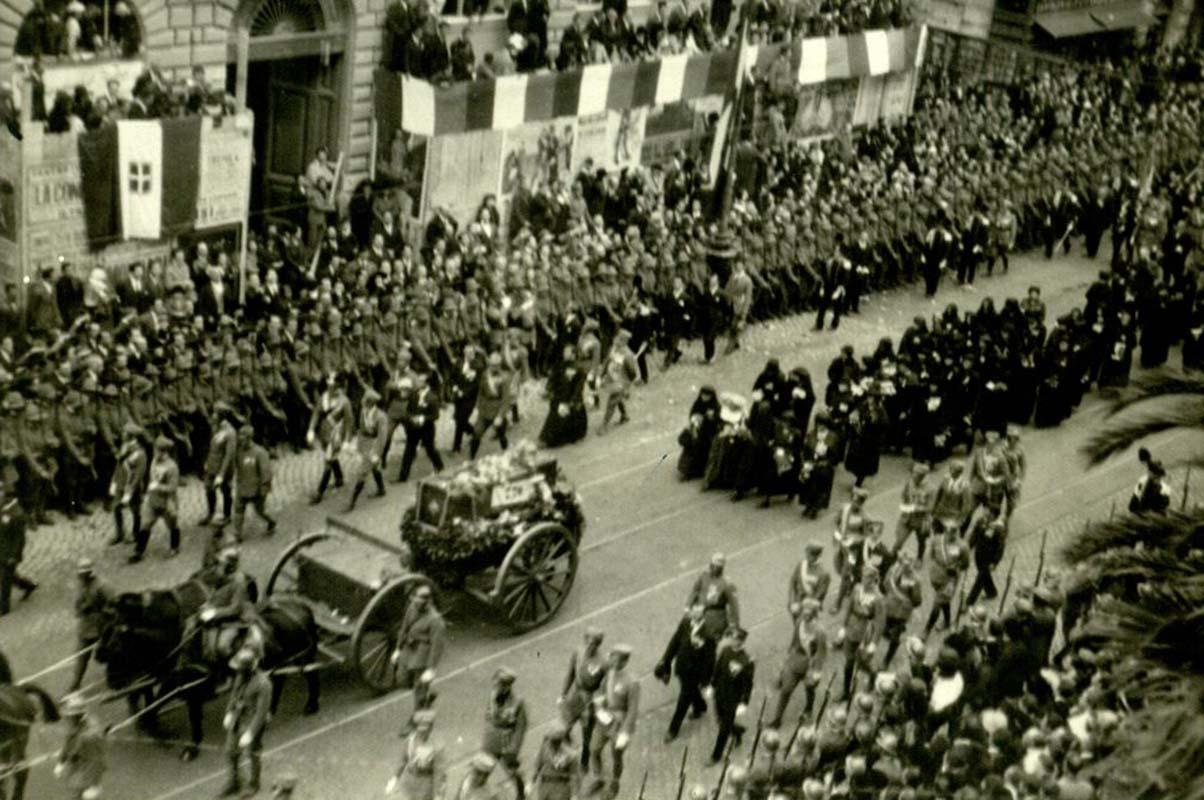 After the ceremony at the Basilica of Santa Maria degli Angeli (Saint Mary of the Angels), the remains of the Unknown Soldier were placed on the gun mount of a cannon drawn by horses and transported from Termini Station down Via Nazionale, followed by a procession of veterans and a large emotion-laden crowd 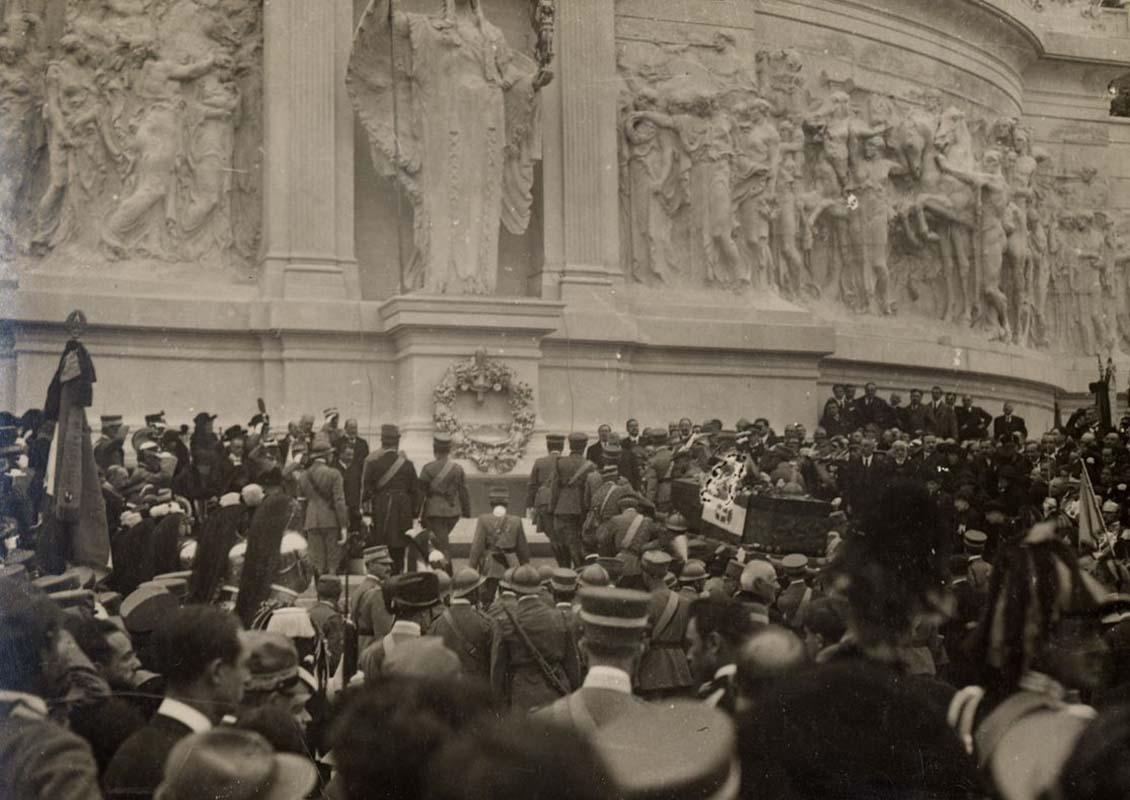 The Unknown Soldier was entombed on 29 October 1921 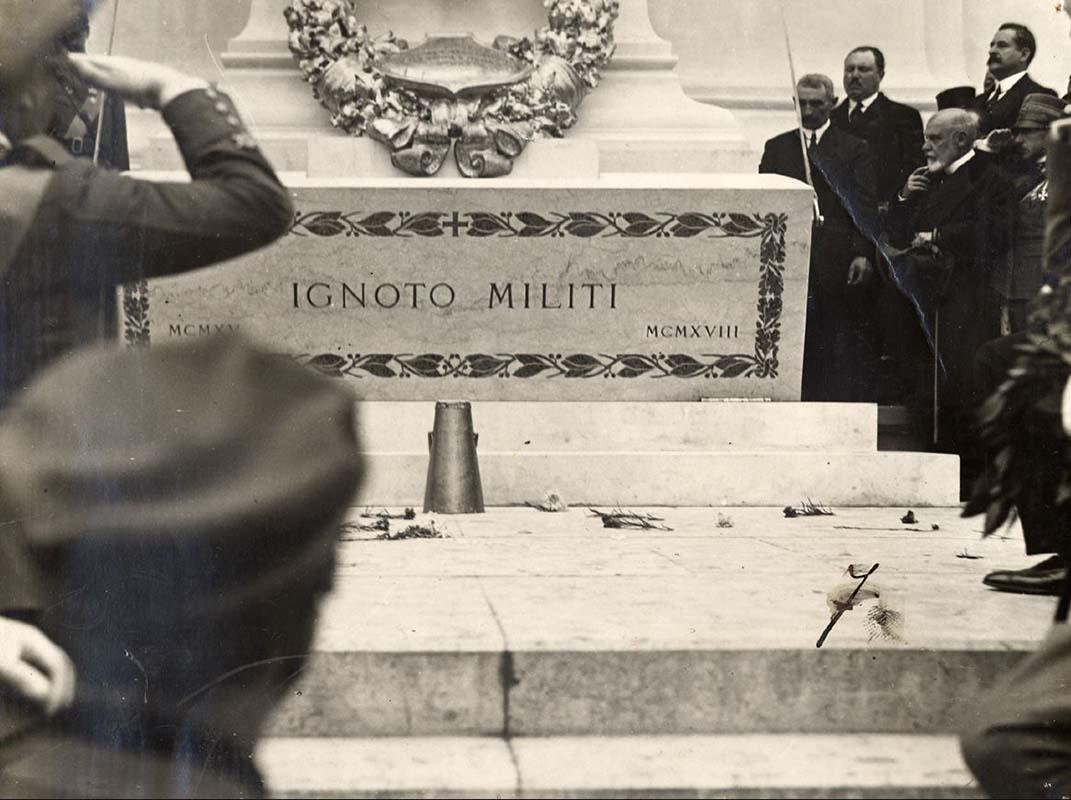