The panorama to the south-west

On the left, the brick façade of the basilica of St Mary in Ara Coeli stands out: the basilica was built in the fourth century on the arx, that is, one of the two peaks of the Capitoline Hill. It was rebuilt in the Gothic style in the thirteenth century by the Franciscans.

Further along, you can see Piazza del Campidoglio on the Capitoline Hill, with the Palace of the Conservators. The building owes its name to the elected urban magistracy, the Conservators, who governed Rome along with the Senator. Its present appearance is due to Michelangelo Buonarroti, who redesigned the façade in the sixteenth century, which was later completed by Giacomo Della Porta. 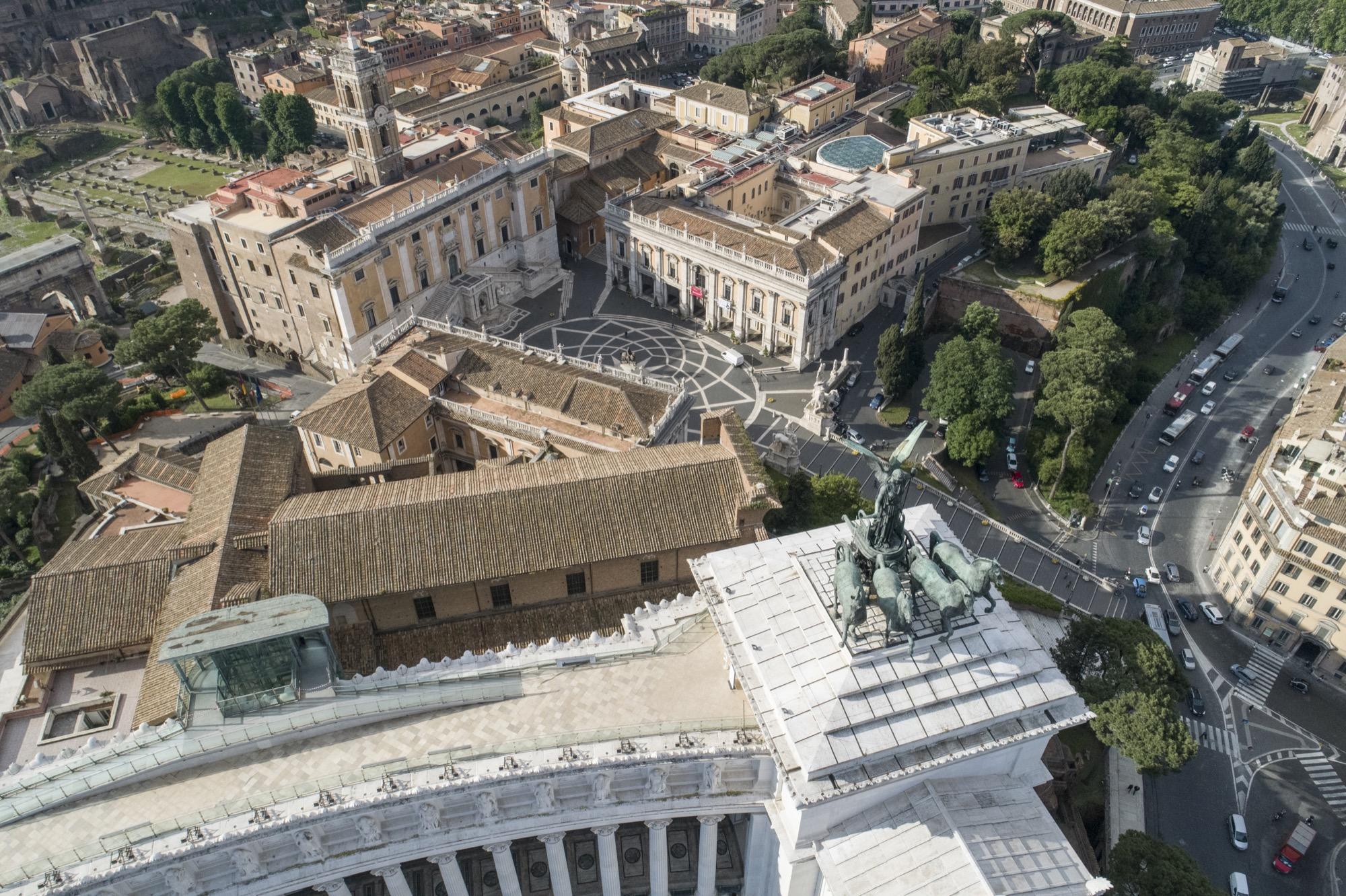