The Quadriga of Unity by Carlo Fontana

The Unity, depicted as an idealised classical Victory, advances solemnly towards the city

The 11-metre tall Quadriga of Unity, was made of bronze by the sculptor from Carrara, Carlo Fontana (1865-1956). After winning the special competition in 1907, Fontana began working on it in 1909. In this case, too, various difficulties postponed its assembly until 1927. 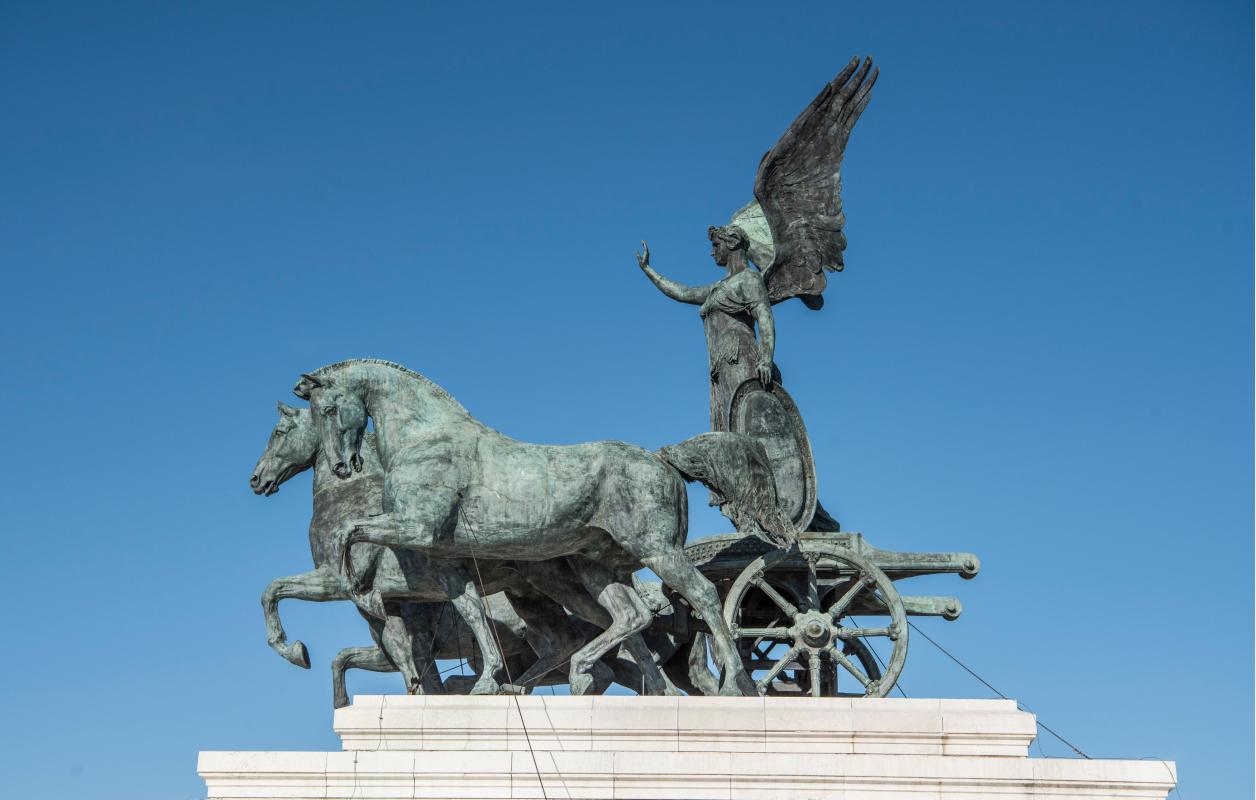 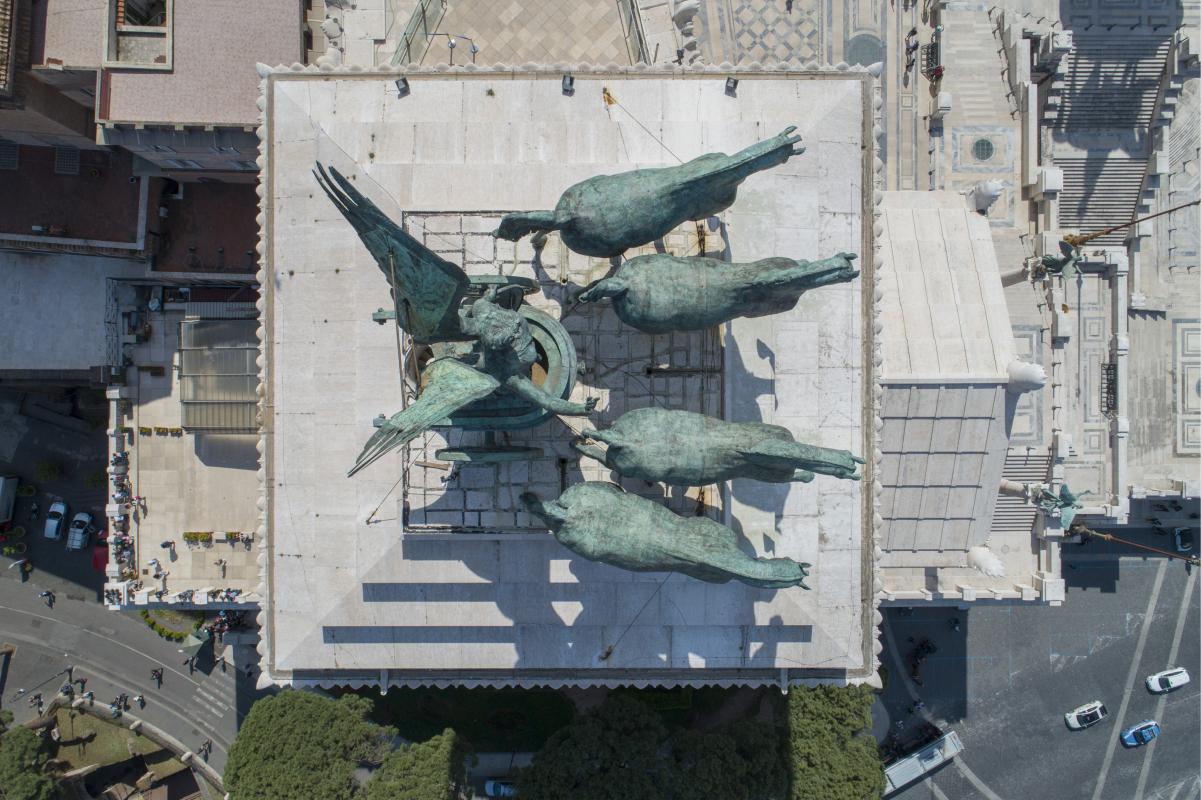 The Unity is represented as a classical Victory with outstretched wings and a laurel wreath, standing on a chariot pulled by four horses that stride forward in a dignified manner. The Unity raises her right arm forward in greeting.

Her left hand rests on a shield that shows a famous quotation from Livy’s Histories: “HIC MANEBIMUS OPTIME”, or “Here we will stay, most excellently”. According to tradition, the phrase was adopted by Quintino Sella (1827-1884), future Minister of Finance of the Kingdom of Italy, when Rome finally became the capital of Italy, in 1871. 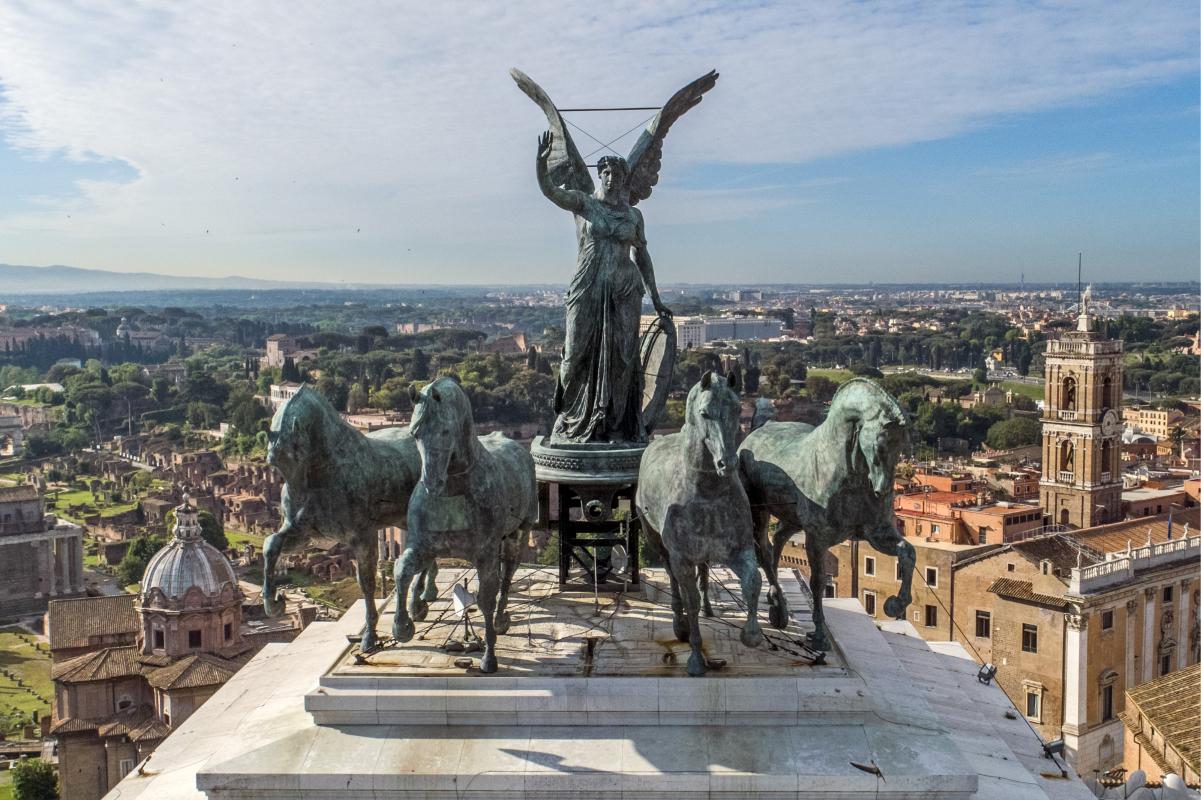