The Quadriga of Liberty by Paolo Bartolini

At 11 metres high, the quadriga stands out imposingly against the Roman skyline.

11 metres high and made entirely of bronze, the Quadriga of Liberty is the work of the Roman sculptor, Paolo Bartolini (1859-1930). After winning the special competition in 1907, Bartolini began working on the piece in 1909. However, final delivery and assembly of the work of art were not completed until 1927. 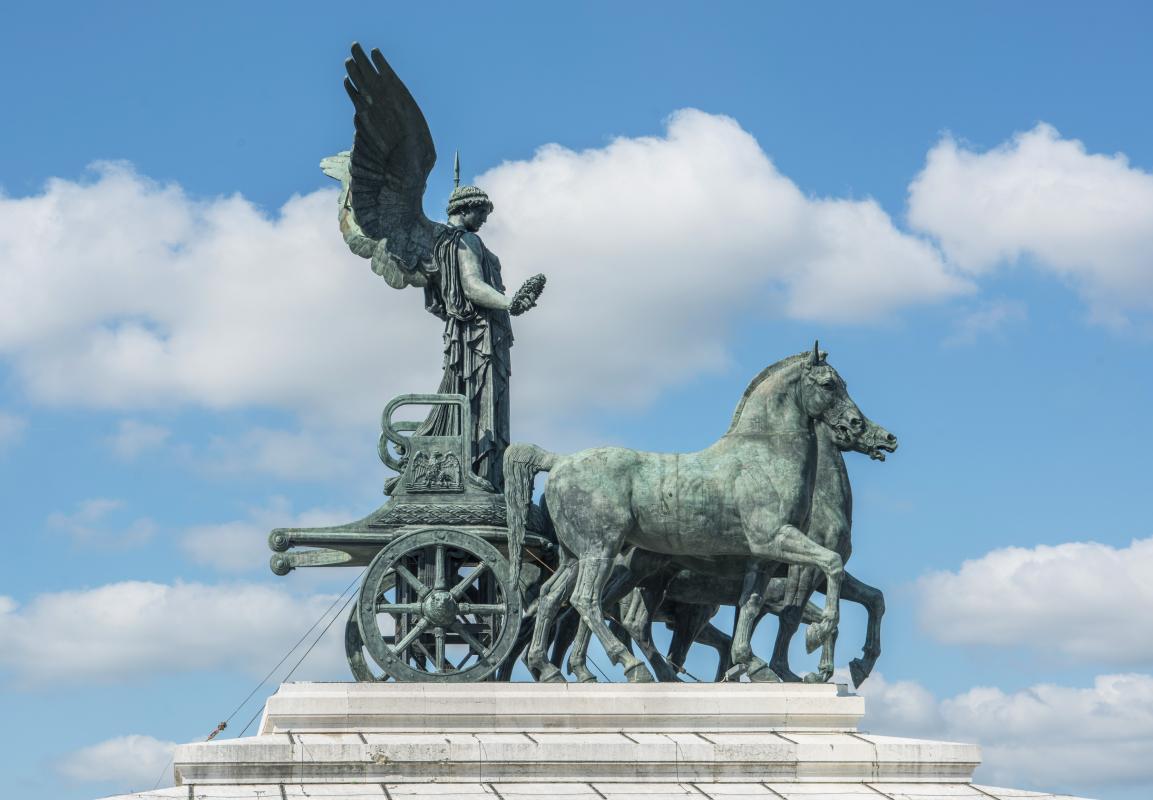 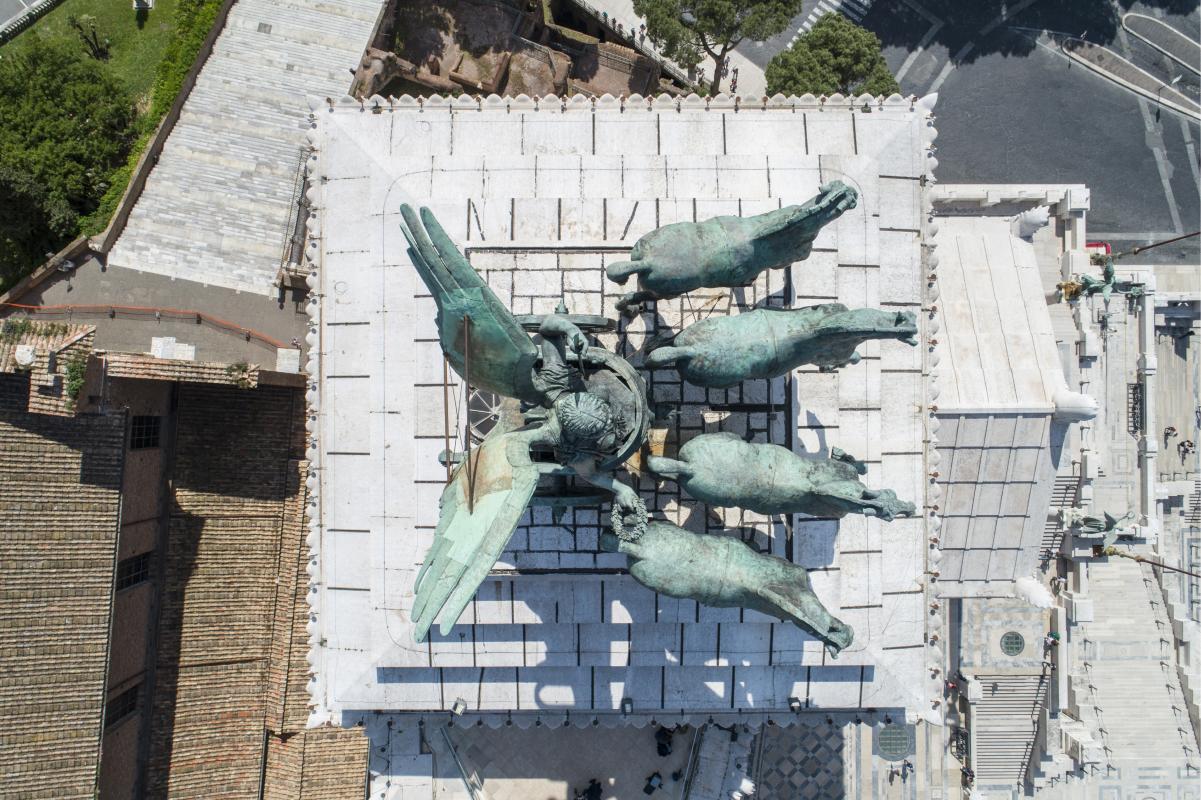 The Liberty is represented as a Victory with outstretched wings, her head surrounded by a band, known as a taenia, a laurel wreath in one hand and a spear in the other; she is standing on a chariot pulled by four majestic horses. The model for the female figure is the Lemnian Athena, which, since antiquity, has been considered the masterpiece of the great Greek sculptor, Fidia: Bartolini was able to study it closely through a cast of the preserved copy in Dresden. 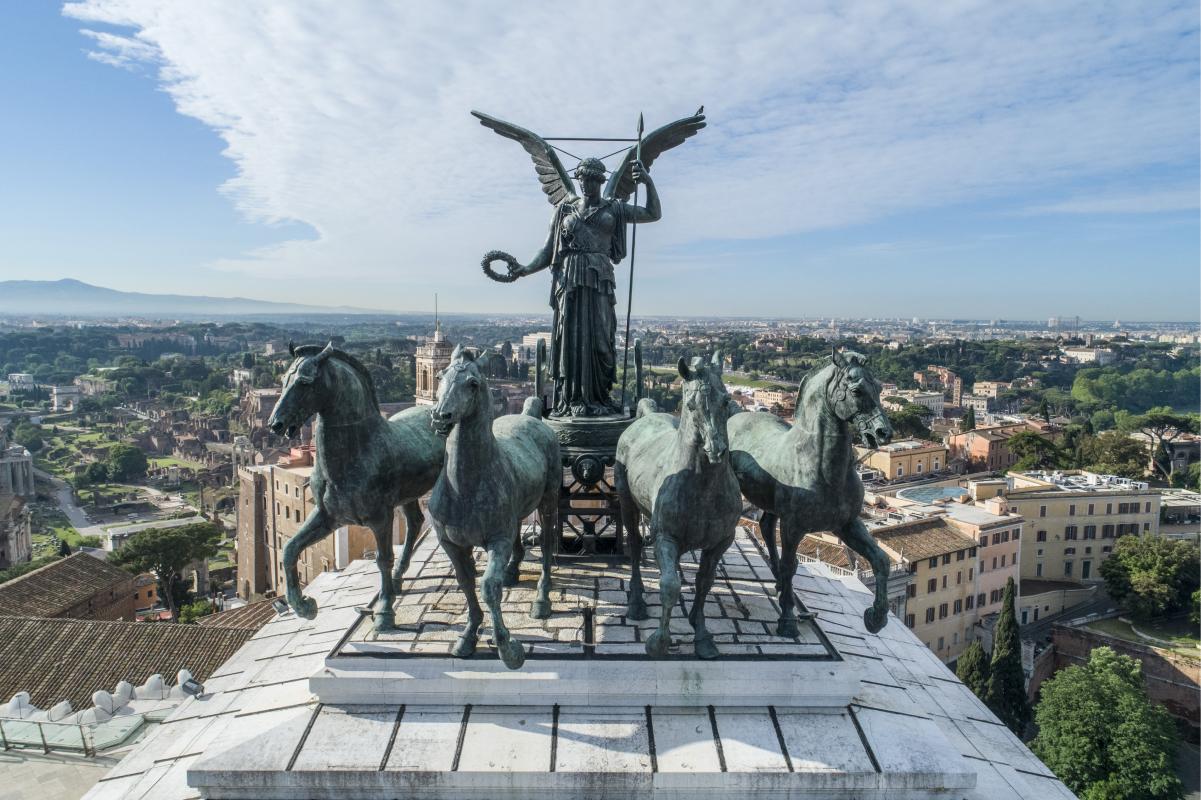