This two-tiered loggia on the front façade of the Basilica of San Marco was commissioned by Pope Paul II, shortly after he was elected to the papacy (1464-1471). This was done so he could enter the second level of the loggia directly from the third room of his apartment, making it easier for him to bestow the Papal blessing on the faithful gathered in front of the church.

Construction began in 1466 with marble from the Colosseum and the Theatre of Marcellus. The second tier, however, was completed only after the death of Pope Paul II by his nephew, Cardinal Marco Barbo (1420-1491), perhaps starting from 1477. The model is certainly the Benediction Loggia built by Pope Pius II (1458-1464) at the Vatican. The architect responsible for the loggia is still being debated: some attribute it directly to Leon Battista Alberti (1404-1472); others to his pupil, Francesco del Borgo (ca 1415-1468). 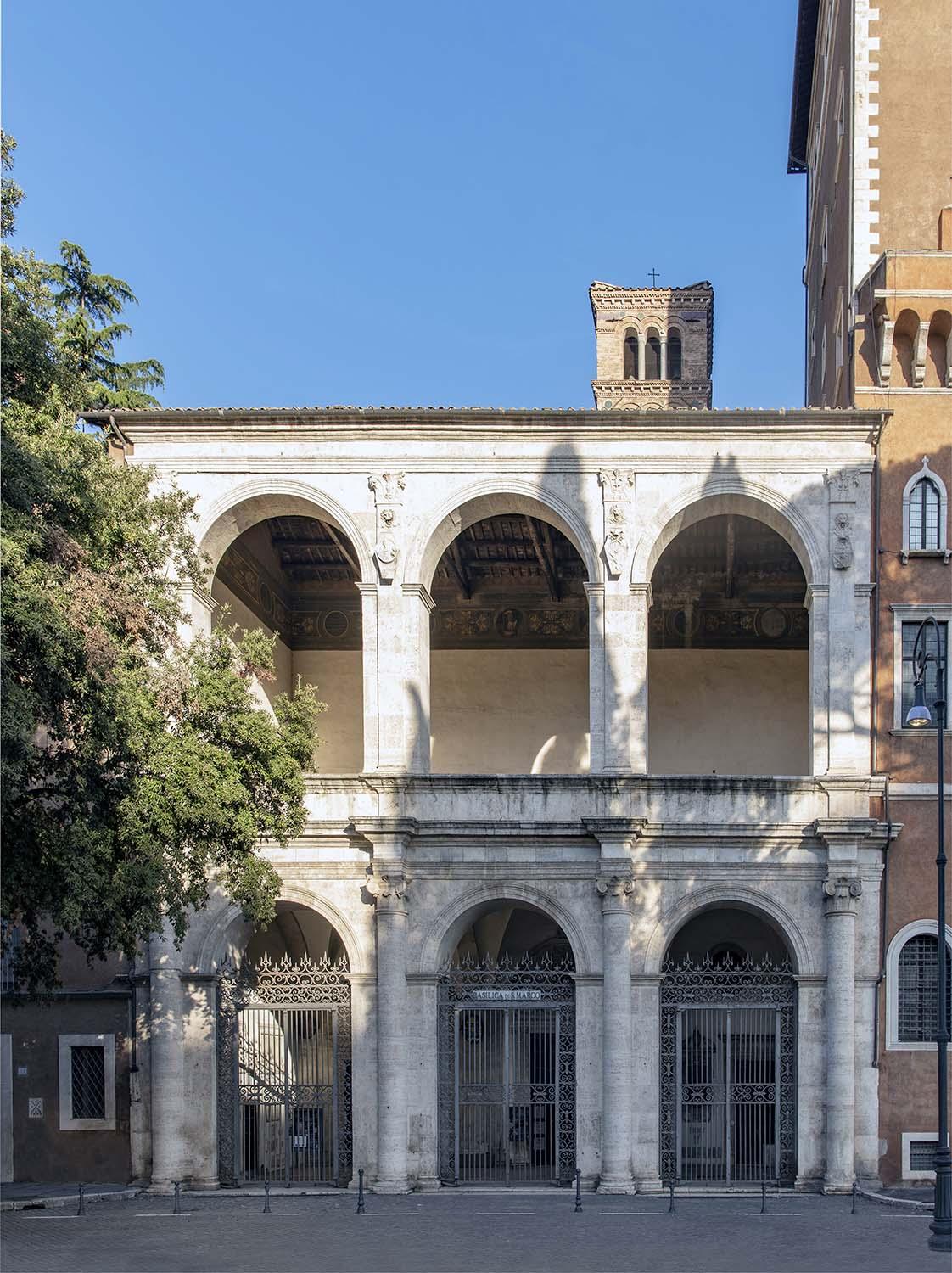 The artist who designed the sculptural decoration is similarly debated: someone believe it to be the work of Giovannino de’ Dolci (historical reports: 1435-1468), to whom the ceiling coffer in the Sala del Mappamondo is usually attributed, which is today exhibited in the fifth room of the Barbo Apartment. However, everyone agrees that the stonecutters’ workshop that worked on the first tier of the loggia is different from that of the second.

Currently, the first tier is part of the Basilica of San Marco, but the second has become part of the museum exhibition route of the Palazzo Venezia. The interior of the Loggia is decorated with a frieze, which has been repainted many times, with the busts of Saint Mark the Evangelist and the Pope Saint Mark, perhaps by an artist working in a style close to that of Antoniazzo Romano (1430-1508). 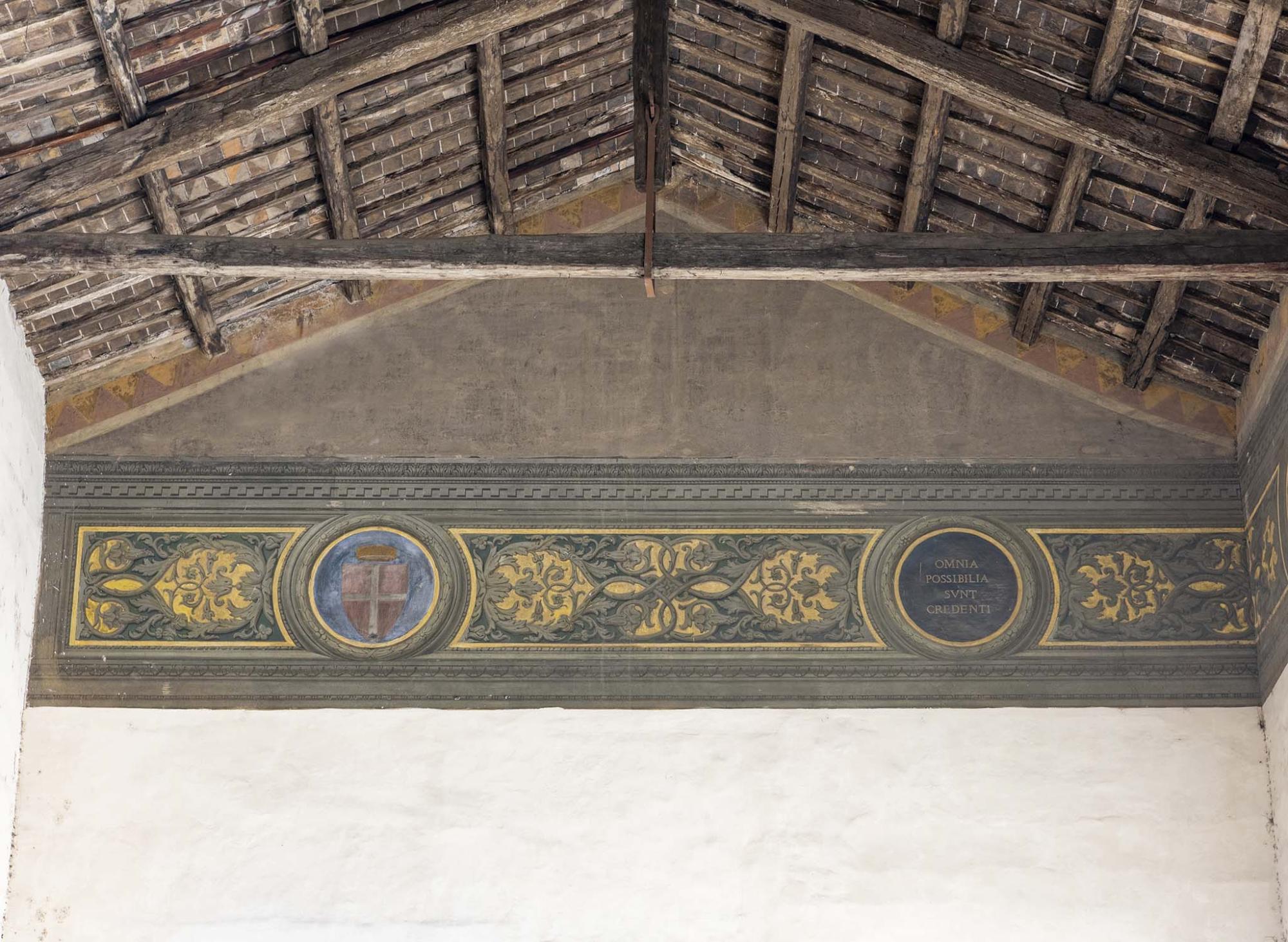 From here you can enjoy one of the most spectacular views of the western side of the Vittoriano and the Capitoline Hill. 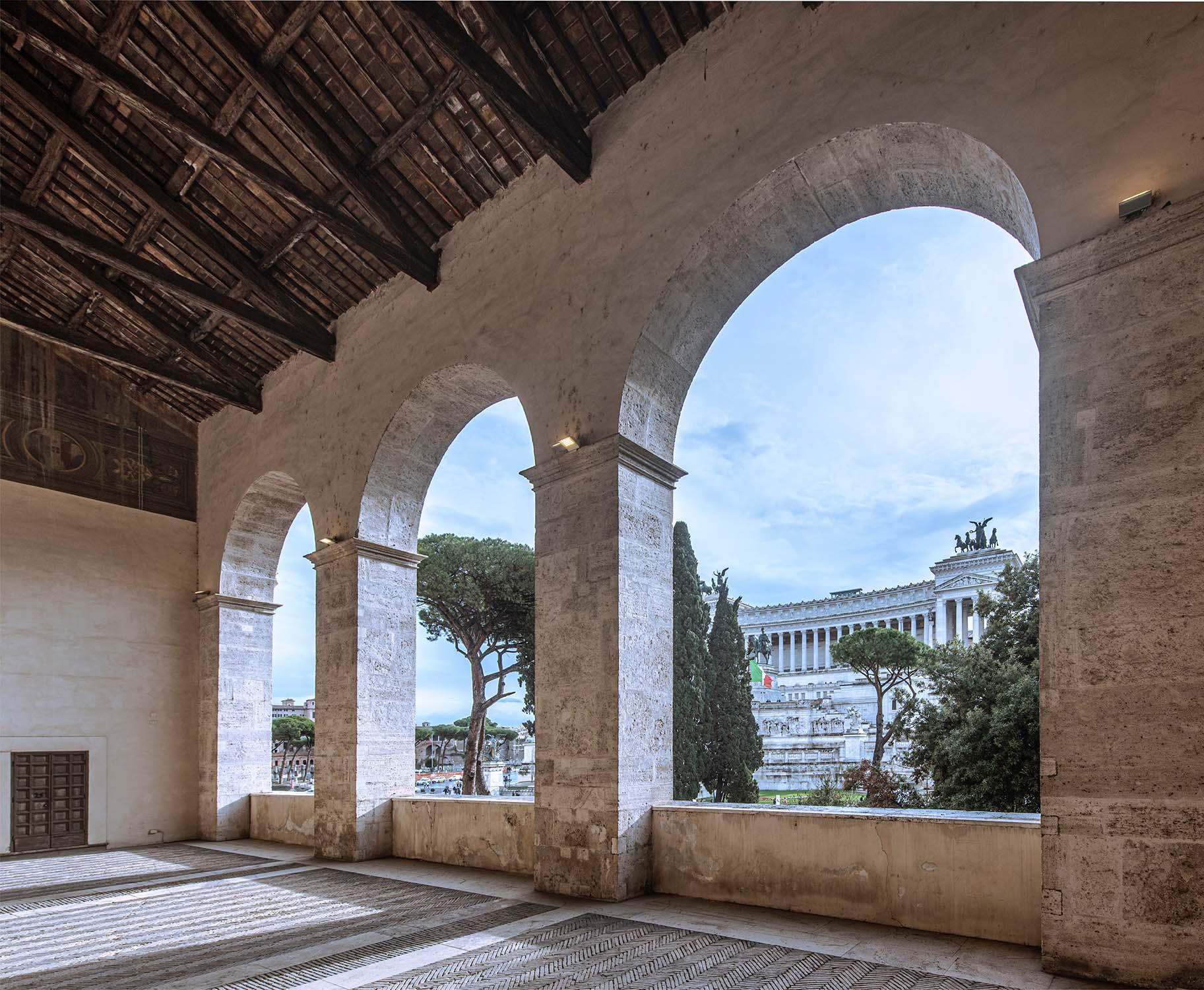