The Altoviti frescoes by Giorgio Vasari

Giorgio Vasari (1511-1574) created these frescoes in 1553 on a commission by Bindo Altoviti (1491-1557). The idea was to celebrate the wealth of the noted Florentine banking family that once lived in Rome. It's possible that they were made for the wedding of Bindo's son, Giambattista Altoviti, to Clarice Ridolfi. 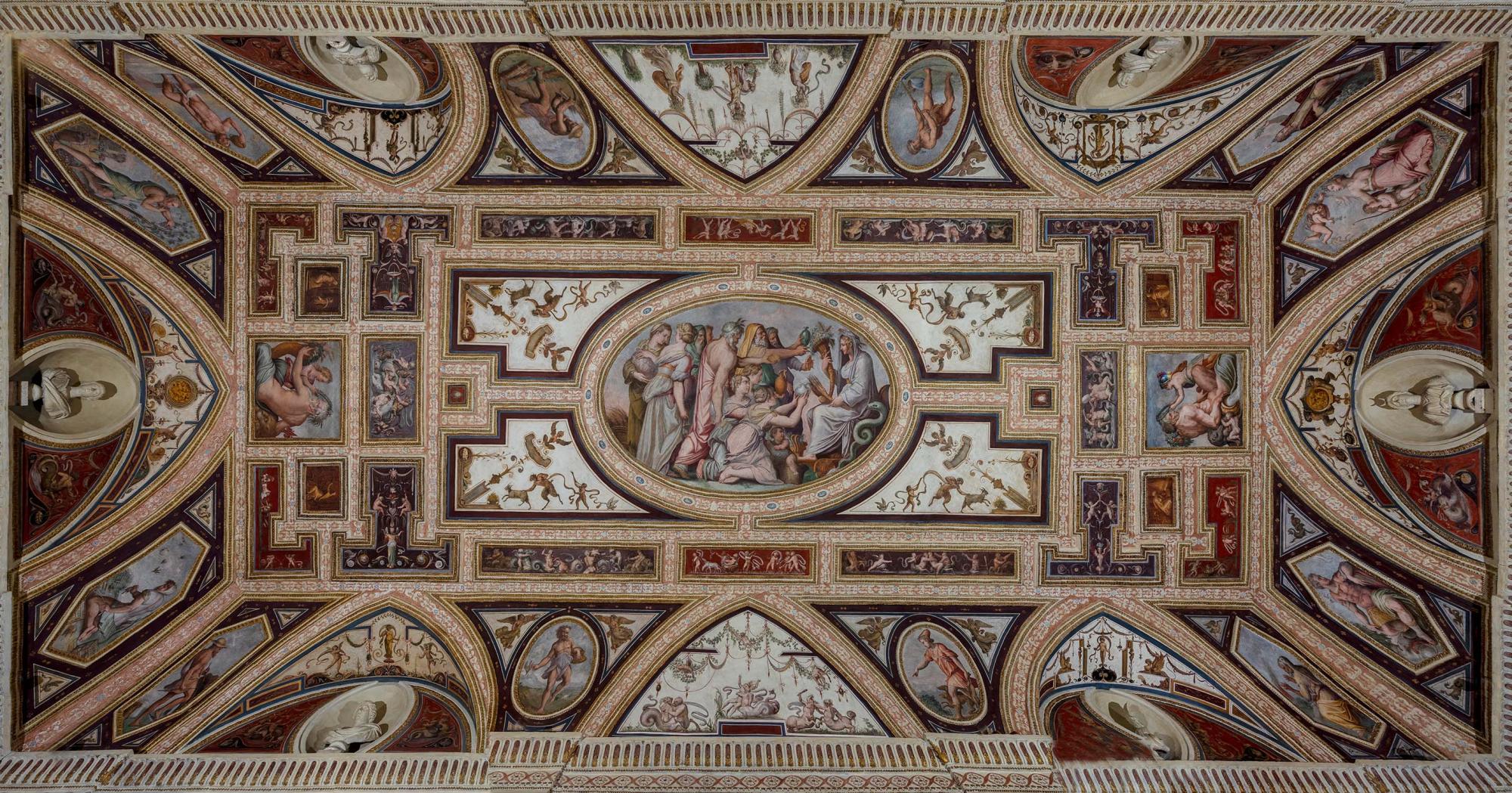 At the centre, an oval depicts the Tribute to Ceres, the harvest goddess. Four monochrome images portray the myth of Ceres and Triptolemos, while two squares depict Allegories of Florence and Rome. At the base of the vault, we see the Months of the year and the zodiac signs: the months are all represented by human activities, except March and April, depicted as Mars and Venus.  Critics have recognised some portraits in the frescoes: two priests who pay homage to Ceres in the main panel appear to have the face of Bindo Altoviti and Michelangelo Buonarroti, Mars and Venus those of Giambattista Altoviti and his wife Clarice.  Giorgio Vasari would place his self-portrait in the month of July.

Originally the frescoes were on the ceiling of the loggia of Palazzo Altoviti, not far from Ponte Sant’Angelo, where they remained until 1887. The next year, the building was demolished to make way for the levees of the Tiber. The job of removing the frescoes was given to painter/art restorer Pietro Cecconi Principi, who mounted them on canvas and transferred them to Palazzo Corsini in Via della Lungara, the site of the National Gallery of Ancient Art. 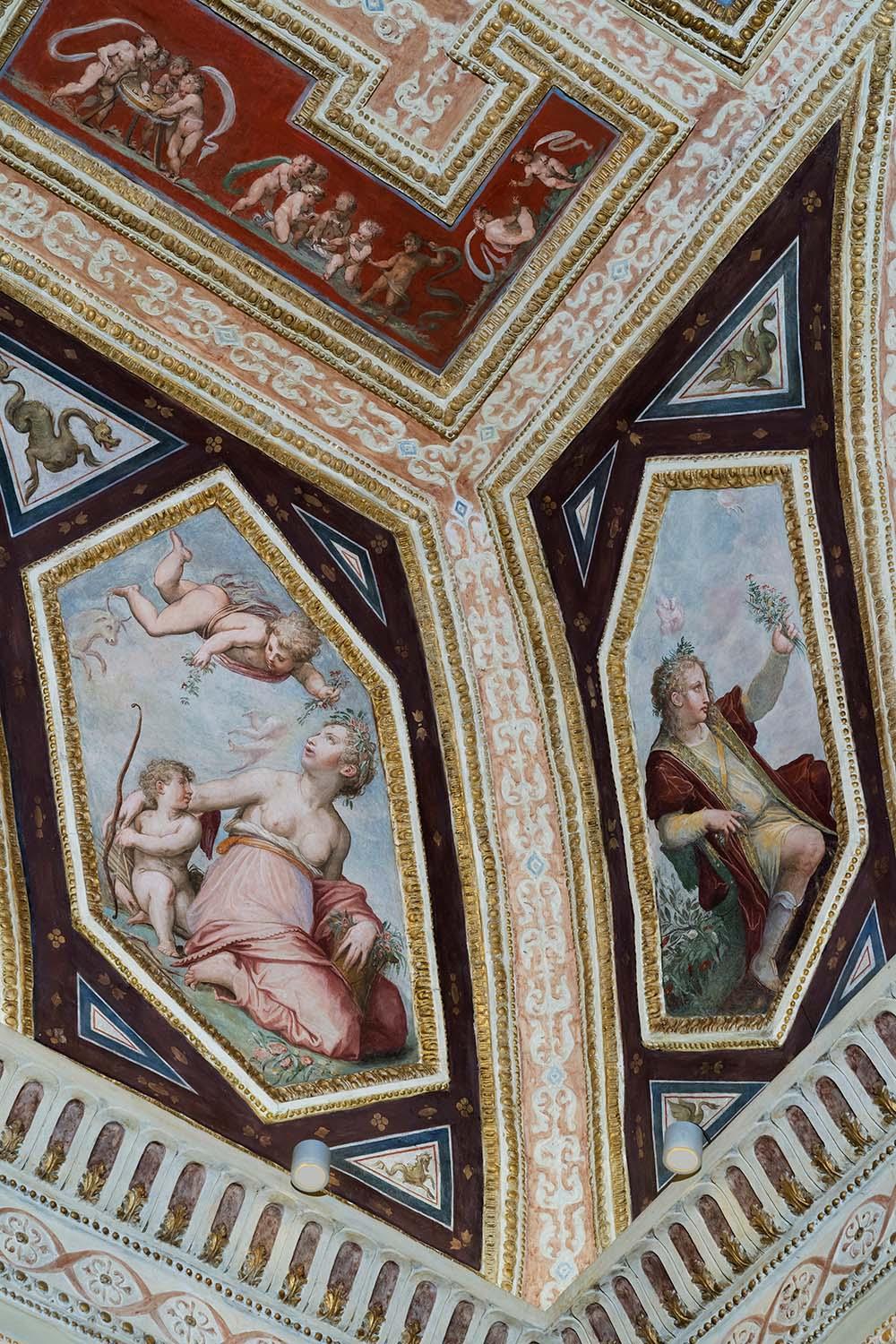 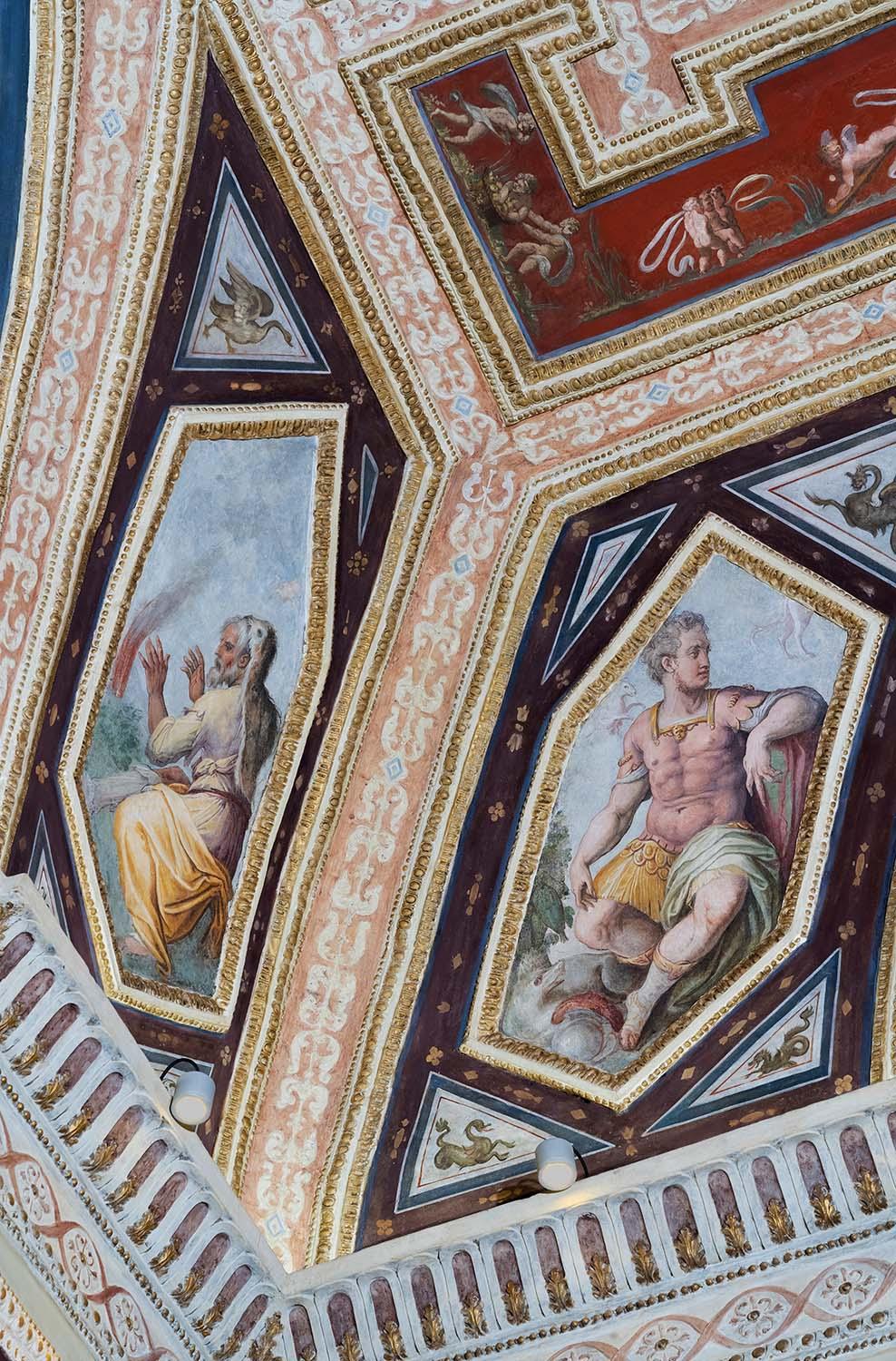 Displayed in Castel Sant’Angelo in 1911 for the retrospective exhibitions organised to celebrate the 50th anniversary of the Kingdom of Italy, Vasari's frescoes were moved to Palazzo Venezia in 1917. Their assembly in the present location dates back to 1929: the director of the museum Federico Hermanin (1868-1953) entrusted the task to painter Torello Ruperti, who contextualised them by creating the grotesque pilasters of the walls. 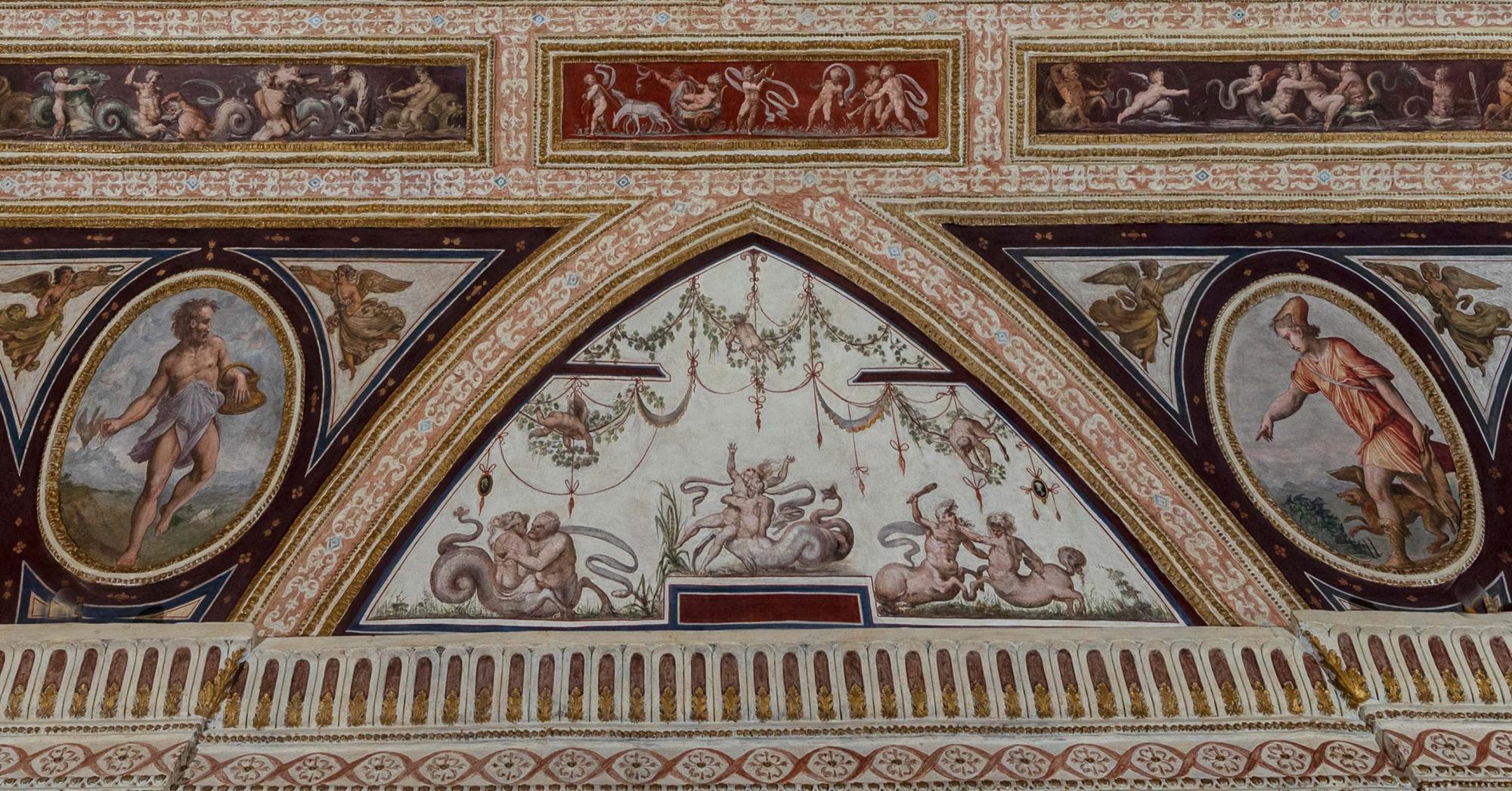