On 4th November, 1918, the First World War ended, after the armistice signed at Villa Giusti. Thus, the Victory Bulletin was issued, signed by Armando Diaz (1861-1928), Supreme Commander of the Italian Armed Forces. This was the act that ended the long, bloody conflict. The Victory Bulletin soon became an “iconographic model” that was replicated throughout Italy: it was engraved on the walls of public buildings, was carved in bronze and engraved on the monuments to the fallen, transcribed on a marble plaque in the Piazzale del Bollettino, here at the Vittoriano.  The text is an admirable example of a synopsis because in just a few lines, packed with rhetoric, it reports the military deeds that led to the Austrian surrender. The original text, visible in the museum, shows the handwritten addition to the last sentence by Diaz. 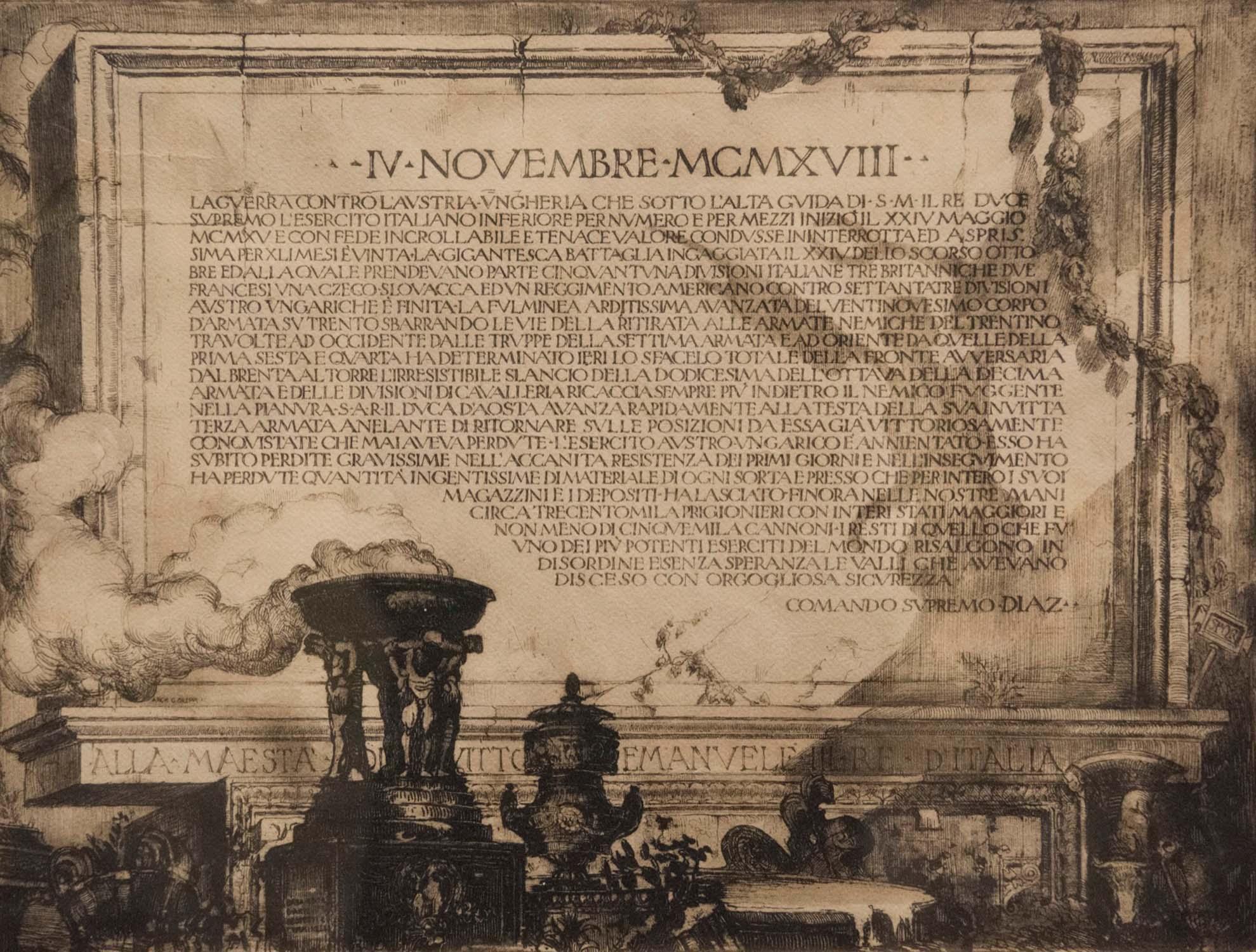