After a period of training at the Brera Academy, painter Girolamo Induno (1825-1890) from Milan was soon involved in the Risorgimento vicissitudes of 1848 and of the Roman Republic of 1849. He later took part in the Crimean Campaign up to militancy in the Second War of Independence in 1859 alongside Garibaldi (1807-1882). 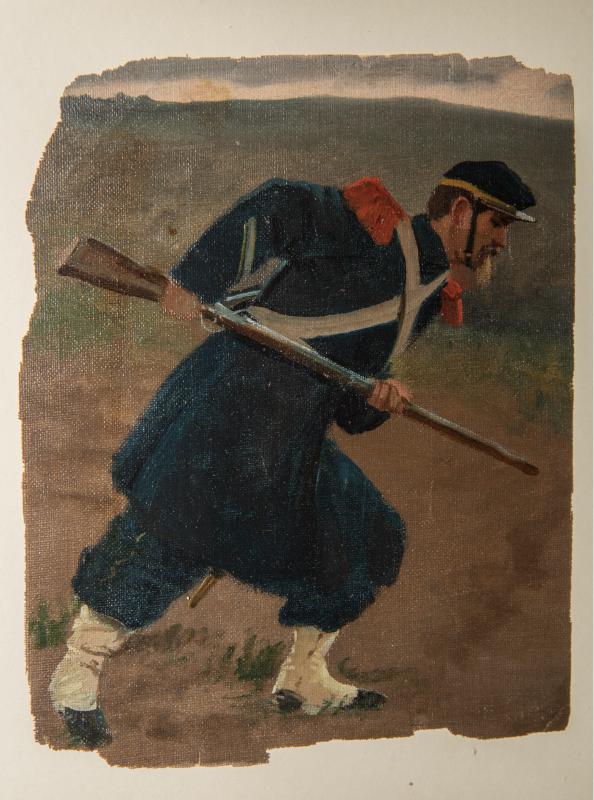 Much of his pictorial production derives from the events in which he took part, especially that which refers to battle scenes, which he recreated on canvas through sketches taken directly on the frontlines. Patriotic themes were his favourites and, from 1860 until the Franco-Prussian War of 1870, Induno became one of the official painters of the Risorgimento, portraying contemporary historical facts and events. 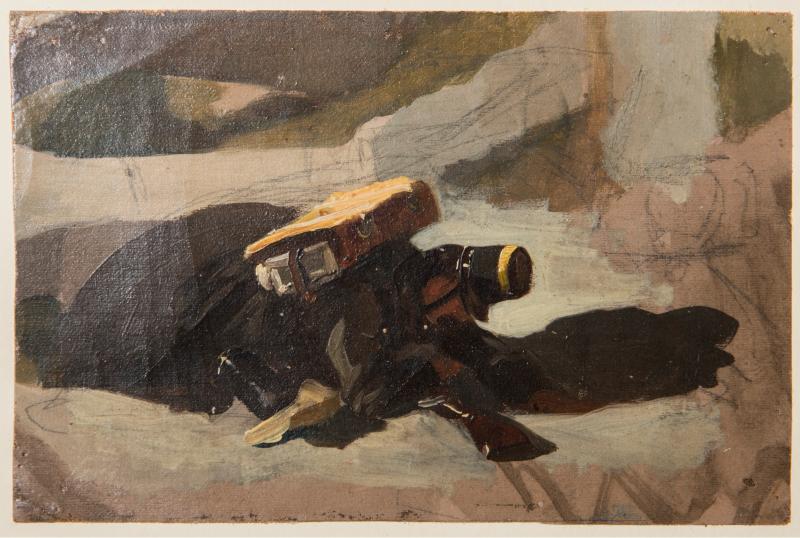