Reliquary with a lock of Nazario Sauro’s hair

The hero, the symbol of Trieste’s irredentism, was immediately revered as a hero of the Fatherland

Nazario Sauro (1880-1916) was born in Istria to an Italian family, and at the age of twenty he became an officer of the Austro-Hungarian Navy. When World War I broke out he moved to Venice, refusing to fight in the ranks of the Austrian army against Italy which he considered his true Country. He therefore enlisted in the Italian Navy and on 23rd May 1915 was captured by the Austrians, sentenced to death for high treason and hanged in 1916. Nazario Sauro was immediately regarded as a hero of the fatherland who represented Trentino Irredentism, along with another martyr of the Great War: Cesare Battisti (1875-1916). In 1919, his body was exhumed so relics could be taken, which were conserved by his family and later donated to the museum. 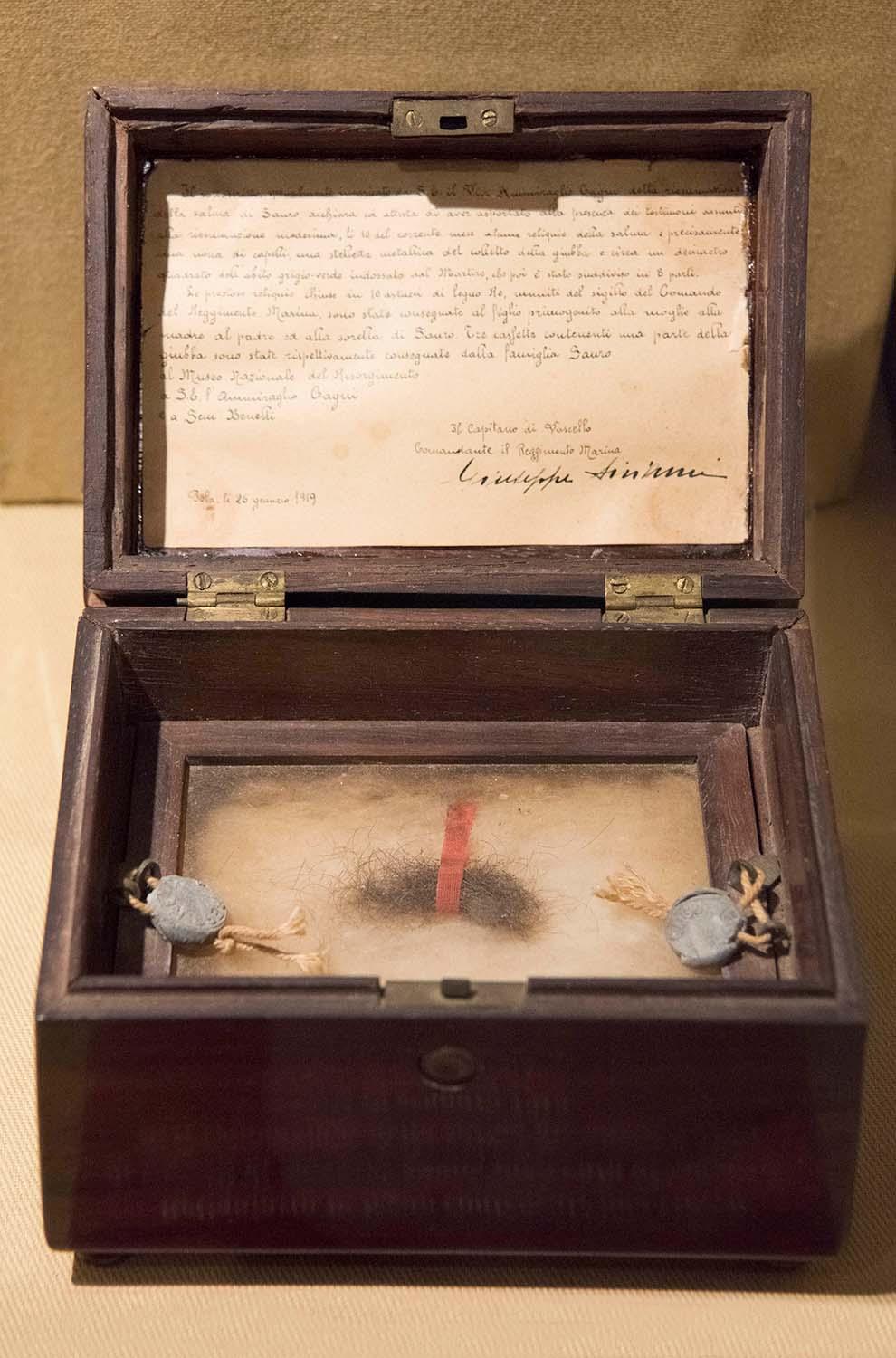