This photograph is one of the most famous images of the Risorgimento as it shows the crowning of a dream: the conquest of Rome, understood as the capital of the unitary state and the end of the temporal power of the Church. Generally, the best-known photograph is the one that shows a group of “Bersaglieri” above an embankment with rifle shouldered in front of Porta Pia. However, it was a skilled "fake" constructed through a staging made using real “Bersaglieri” when Rome had already been conquered. 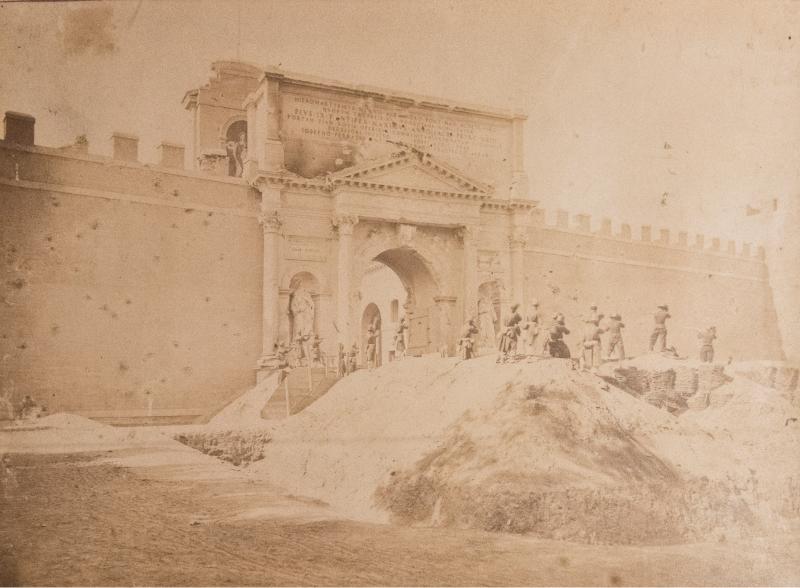 The real image is instead the one taken by patriot Ludovico Tuminello (1824-1907), who took up the camera as if it were a weapon in order to also make a patriotic use of photography, and who took a photo on September 20, 1870 that simply showed the breach opened on the walls near Porta Pia: a perfect example of photo reportage.