Officer’s helmet of the Civic Guard of Pius IX

The Civic Guard was established in order to create an armed corps made up of citizens, rather than military professionals, who felt it their civic duty to defend their land and their nation. In 1847, Pope Pius IX established the guard within the Papal State and its characteristics were soon imitated by the other Italian States, thus laying the ideological foundations for the birth of the National Guard and, later, of the national armed forces. 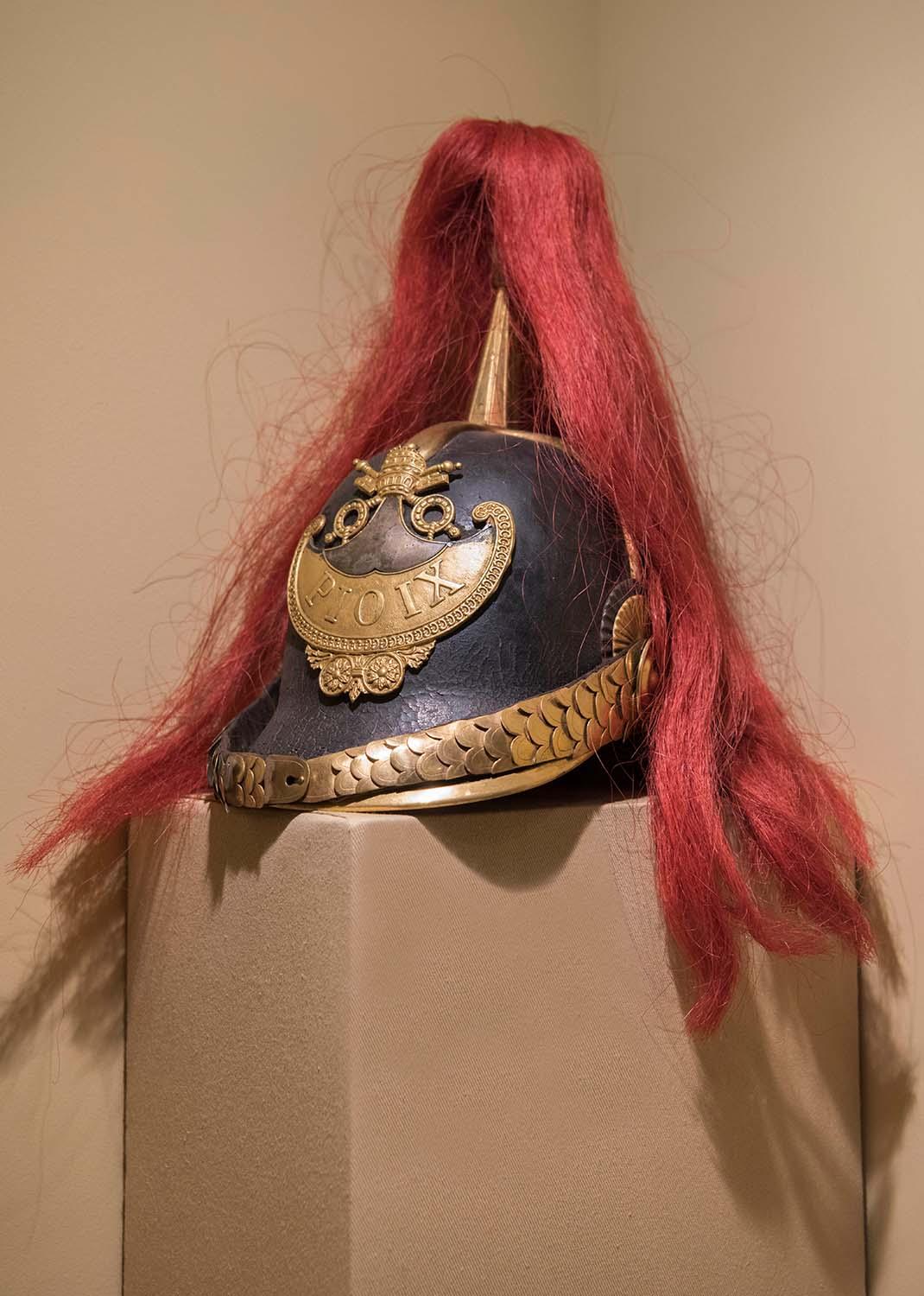