Flag of the Roman Republic of 1849

This Tricolour was donated by patriots of the Municipality of Velletri to Giuseppe Garibaldi (1807-1882) as a tribute to the role played during the unfortunate experience of the Roman Republic of 1849, one of the most concrete attempts to build a state founded on the ideals of freedom and democracy, materialised with the promulgation of a constitution. At the centre of the Tricolour the effigy of Garibaldi is clearly visible with a laurel wreath, symbol of glory, and an oak, symbol of strength, surmounted by the emblems of the Roman Republic: an eagle, fasces and the Italian star. On the white field, the Mazzinian-inspired motto "God and People" can be read. This flag was used to cover the bodies of patriots who died during the siege of the Roman Republic and the spots still visible on the fabric were imprinted by their blood. 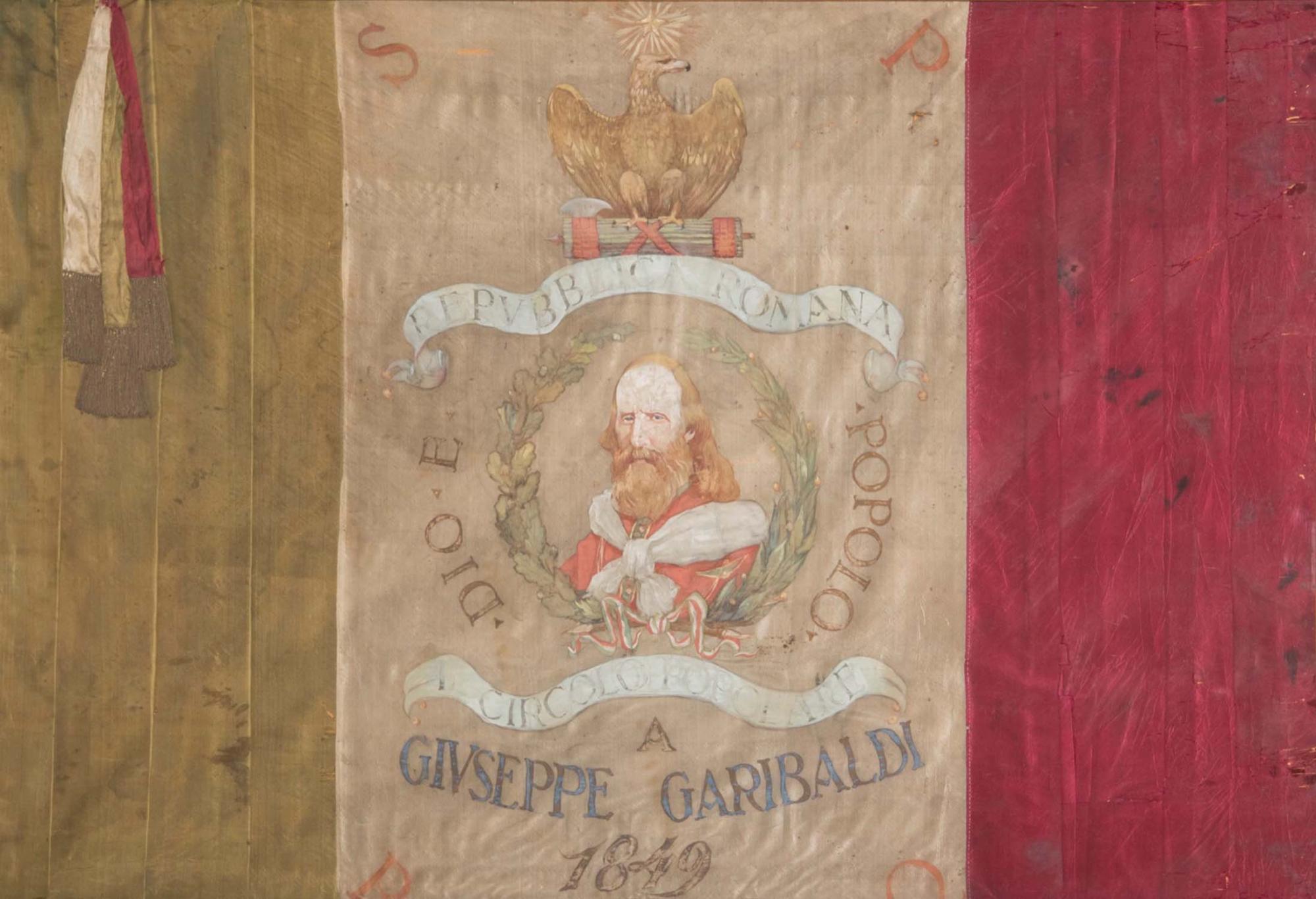