Bourbon prisoners on the Volturno Line by Michele Tedesco

After the insurrections that broke out in Palermo in 1860 and the annexations of the States of Central Italy, Giuseppe Garibaldi (1807-1882) decided to set sail from Quarto, on May 5, 1860, with a thousand volunteers who, after landing in Marsala, defeated the Bourbon army in Sicily. Garibaldi continued his way up the peninsula from Calabria to Naples. The remaining Bourbon troops had settled on the banks of the Volturno river where the last decisive battle took place in which Garibaldi's men were victorious. Painter Michele Tedesco depicts this moment. The defeated Bourbon soldiers are portrayed together with their conquerors. Garibaldi watches over the scene; another of Garibaldi's men, identifiable as Nino Bixio, is motionless, resting on the rifle with the tricolour on his shoulders. In the foreground the artist focuses on a clear pond on which minutely described vegetation is reflected: the calm after the storm of battle. 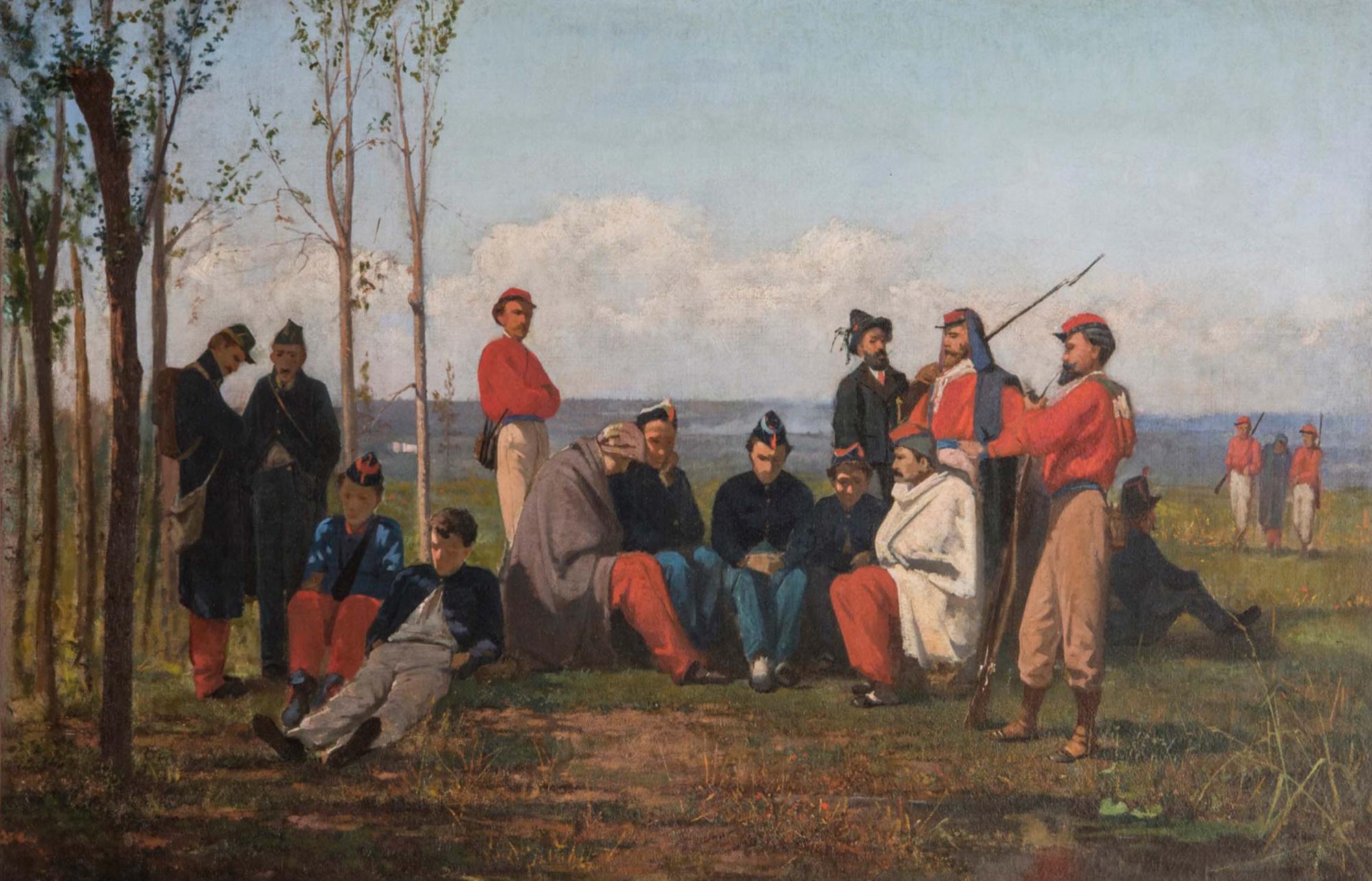