A characteristic feature of the Museum of the Risorgimento is its collection of a series of memorabilia that are reminiscent of the deeds and protagonists of the events from the Risorgimento. These are weapons, objects, bones and strands of hair that are considered representative of the various historical events. These unique secular relics have also been given the pedagogical task of illustrating the stages of Italian Unification through tangible evidence in order to construct what has been defined as a “religion of the Fatherland”. Among these relics it is possible to identify “owners’ memorabilia" (such as Attilio Bandiera’s travel bag (1810-1844), one of the two brothers shot in 1844 after the failed attempt to raise the populations of Calabria against Ferdinand II, king of the Two Sicilies) and "memorabilia" (such as the handcuffs used by the papal gendarmerie). Together they represent a collection of documentary material that helps to illustrate an era in which the idea of Italy as we know it today was created. 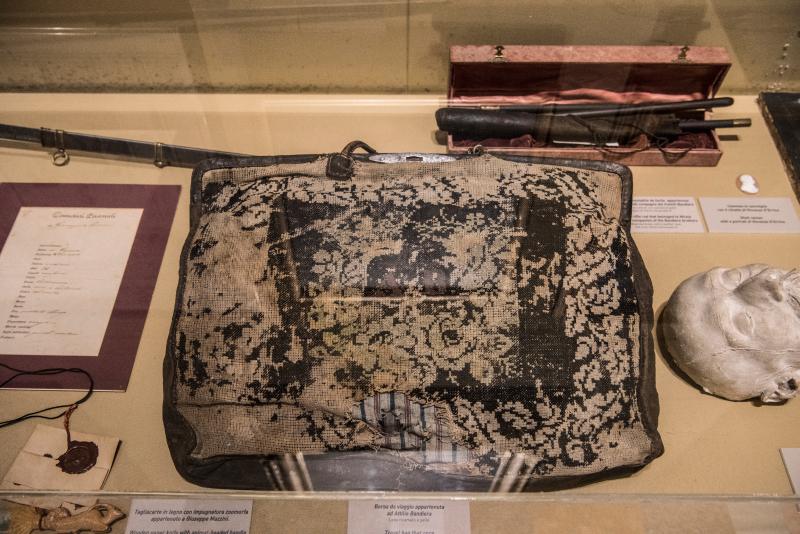