Flag of the Italian Legion in Uruguay from 1846

A precious memory of the Latin America stay of Giuseppe Garibaldi, the Hero of two worlds

This flag is an artefact linked to one of the protagonists of the events of the Risorgimento: Giuseppe Garibaldi (1807-1882). In particular, the relic recalls his stay in Latin America where, in 1846, he fought at Montevideo for the Republic of Riogrande. The biographical events of the “Hero of the two worlds” tell us of a restless life, of someone who was constantly on the move, from Italy to the Americas, a mark of the rebellious spirit of the patriots of the Risorgimento. The volcano in the centre, often identified as Vesuvius, symbolised “the feeling of independence that burned in their hearts like the magma of a volcano”. 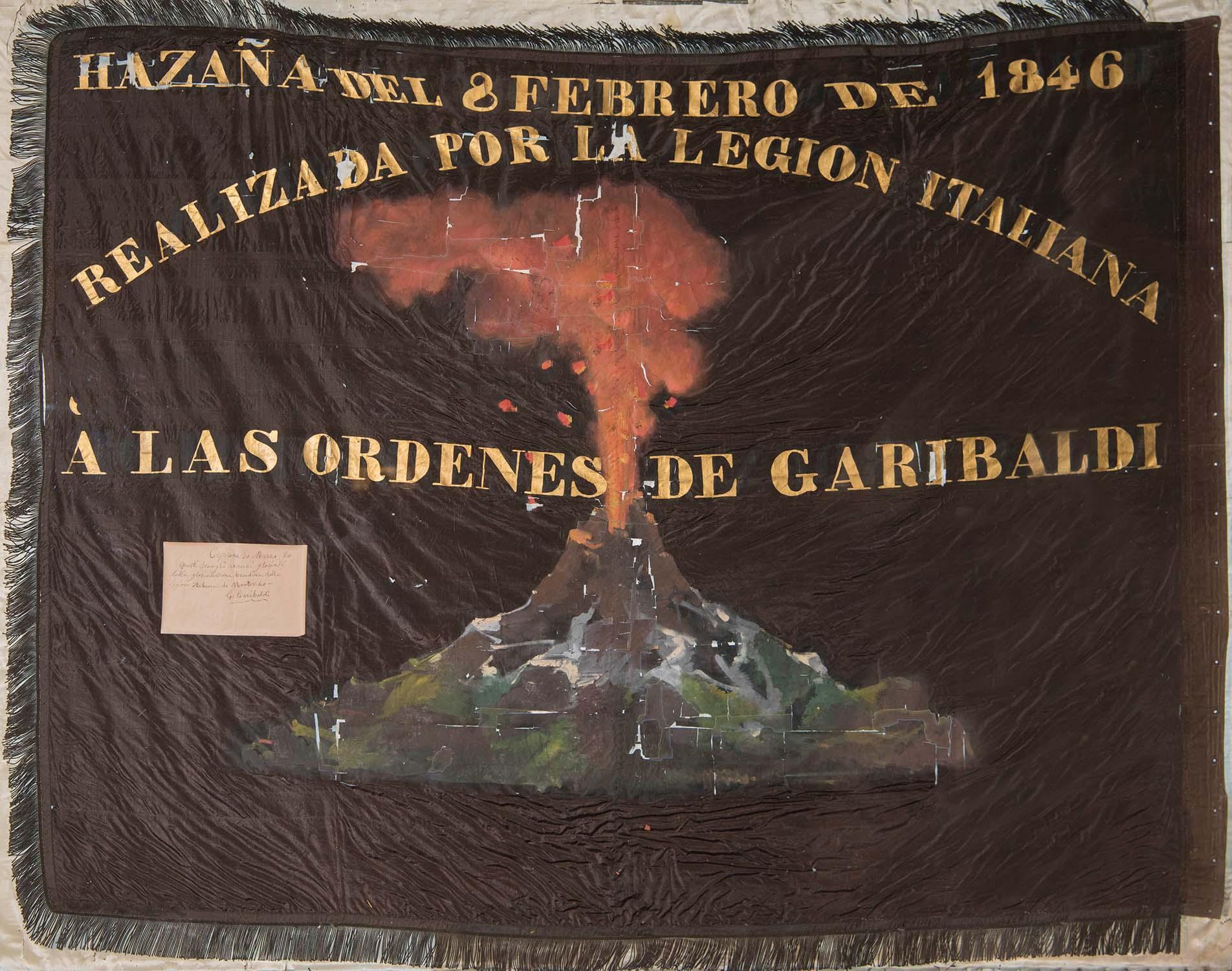