Mostly focused on archaeology, this collection is an indispensable tool to learn more about Giglioli and his teacher, Rodolfo Lanciani

Giulio Quirino Giglioli (1886-1957) was an eminent archaeologist and university lecturer. After having gotten his start organising the archaeological exhibition at the Rome World’s Fair in 1911 along with Rodolfo Lanciani, Giglioli joined the Fine Arts administration, first as an assessor and then as the Director of the Etruscan Museum at Villa Giulia. A freelance lecturer since 1917, Giglioli began teaching at the University of Turin in 1923. He spent some time living and working in Pisa, then moved definitively to Rome in 1925. 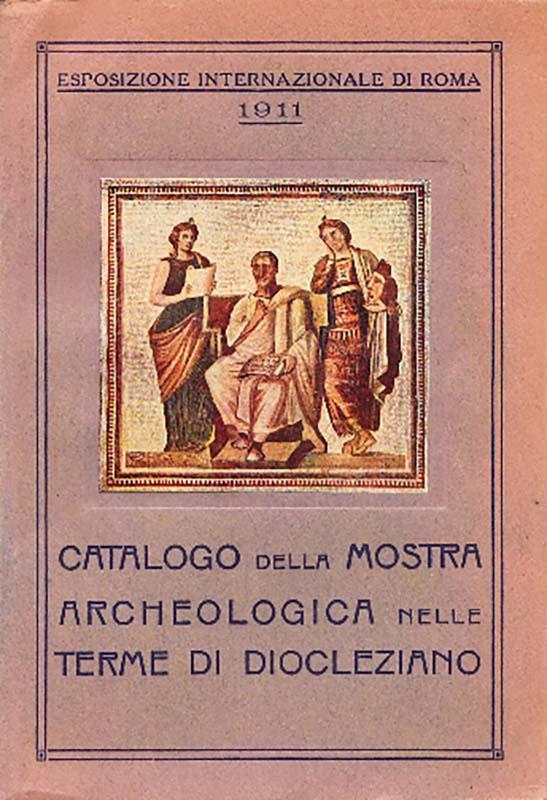 In his will, Giglioli left his archive to BiASA, though another portion of the collection was donated to the Archaeological Institute of La Sapienza (the University of Rome). The archive currently held at BiASA is the part of Giglioli's library related to archaeology, art history and the city of Rome in general. It consists of over 1,000 books (catalogued as the ‘Giglioli Bequest’), 5,500 booklets (currently re-bound in volumes with the shelf mark of ‘Giglioli Misc.’), and a few years of journals. Interesting items in the archive include materials written by the donor himself and the university lecture notes from his time at La Sapienza University. 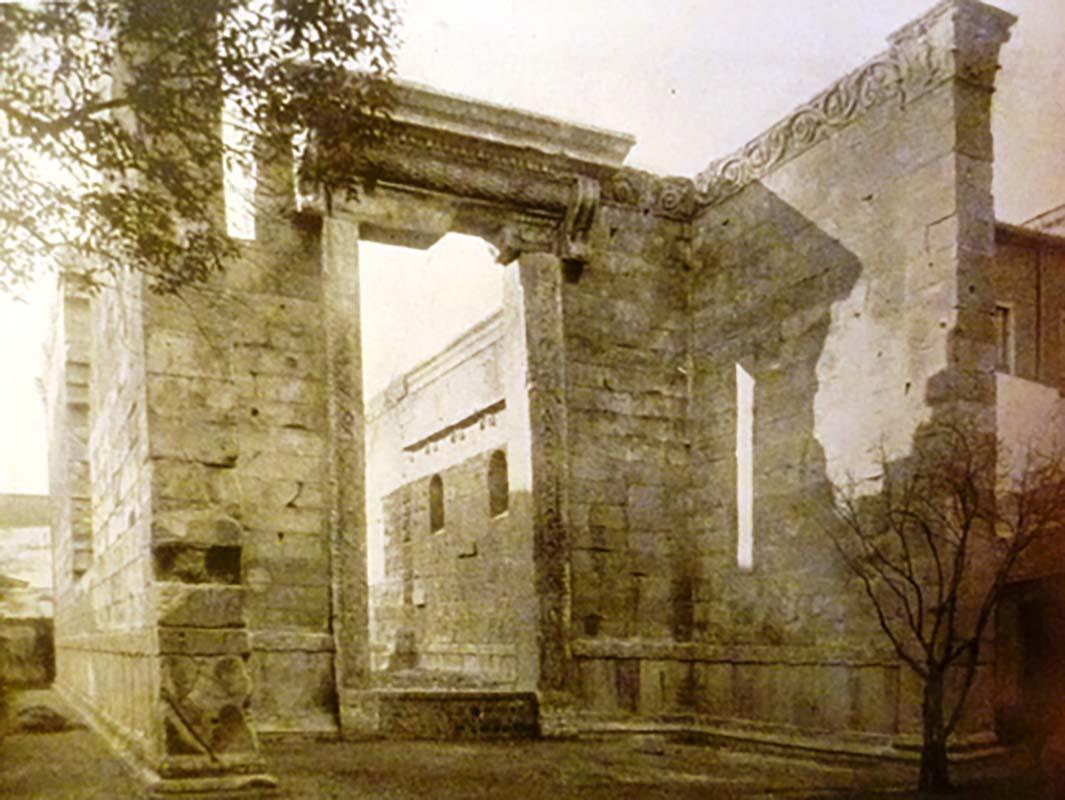 Life-size reconstruction of the pronaos and part of the cella of the Temple of Augustus of Rome in Ankara, for the Archaeological Exhibition at the Baths of Diocletian in 1911 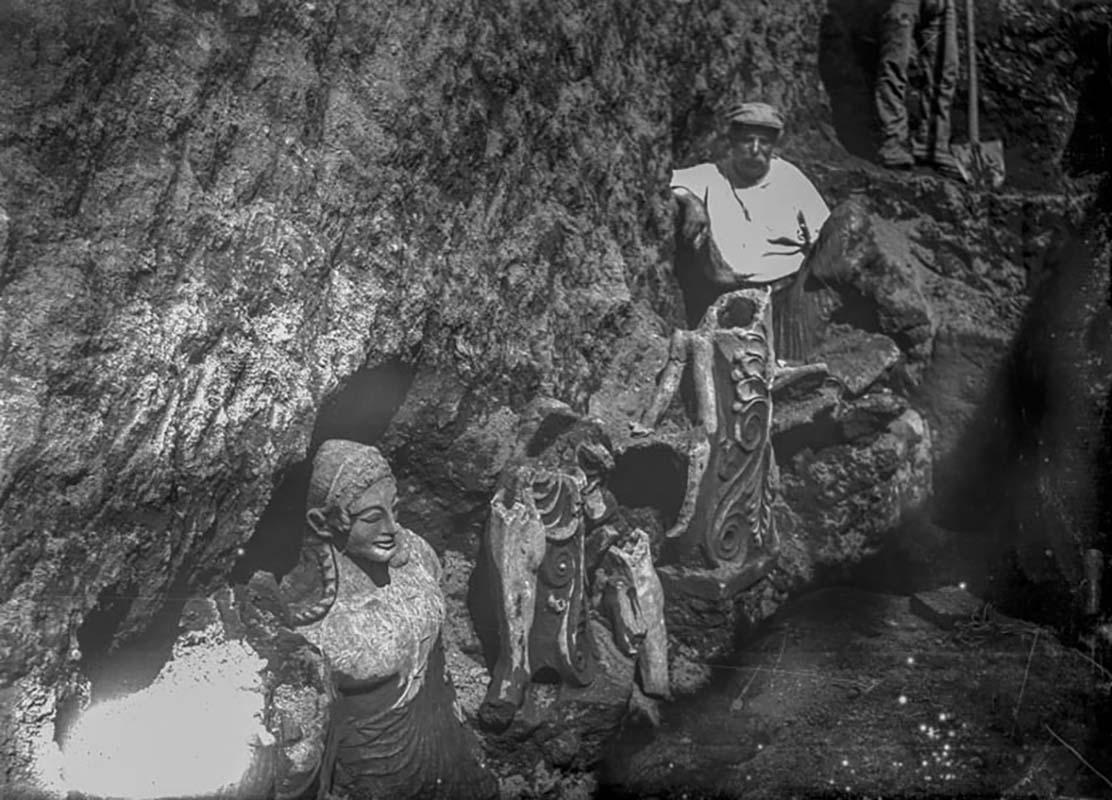 The discovery of the sculptural group of Portonaccio on 19 May 1916, now at the Etruscan Museum of Villa Giulia, in a photograph by Giulio Quirino Giglioli, who oversaw the dig as Antiquities Supervisor

These texts give rise, among other things, to two precise areas of focus of the Roman school of archaeology of the early-to-mid 20th century: on the one hand, a new appreciation for Etruscan art, evaluated as a phenomenon into and of itself, separate from and not inferior to Greek art, and on the other, the exaltation of the cult of Rome, passed on to Giglioli by Rodolfo Lanciani, his lifelong mentor and teacher (see M.G. PASQUALITTI, ‘Le Raccolte di Palazzo Venezia e la Ricerca Archaeologica Italiana dal 1850 al 1950, Accademie e Biblioteche d’Italia, 44, 1976 , 4/5, pp. 377-379). 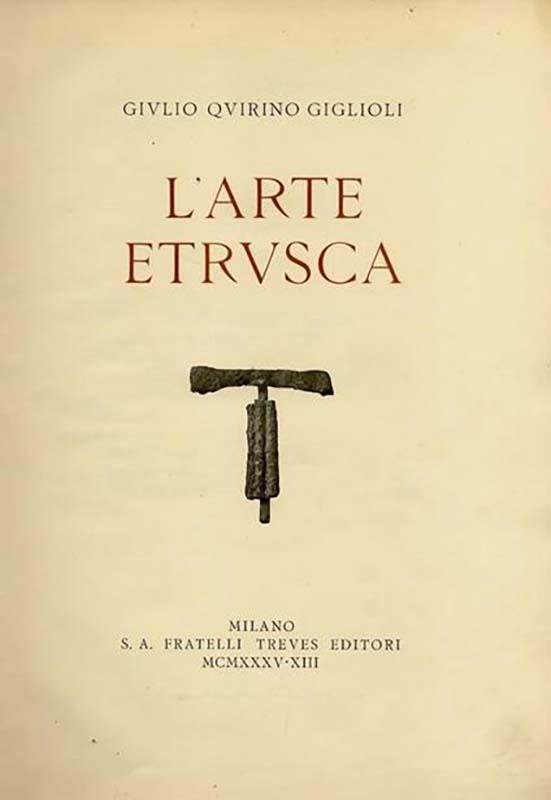