After achieving victory, Zanelli took over fourteen years to complete the decoration of the Altar of the Fatherland

The problem of The Goddess Rome

Having signed a specific agreement in 1913, Zanelli finished the definitive model of the frieze of the Altar of the Fatherland in April 1915. Only one element was missing at that height: The Goddess Rome. In line with what was established by Giuseppe Sacconi at the time, the subcommittee was thinking of a seated female figure, while the artist stubbornly wanted her to be standing. 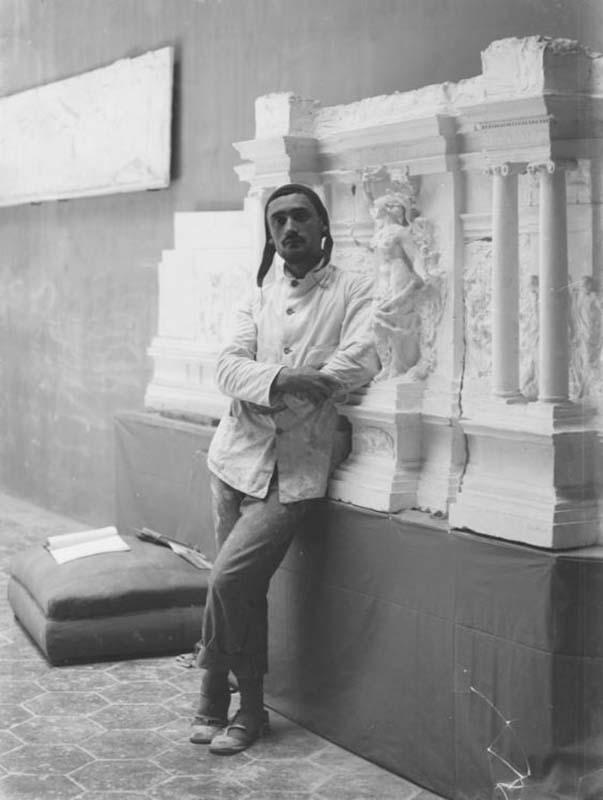 Sculptor Angelo Zanelli posing with the first plaster model the  Goddess Rome for the Altar of the Fatherland, in a photograph by Mario Nunes Vais

A second standoff concerned the material of the statue: to make it more precious, at a certain point the use of Calacata Crestola marble, a precious variant of Carrara marble with red porphyry and gold finishes, was also thought of. In June 1916, the artist therefore created a sketch with The Goddess Rome in polychrome marble seated on a throne. 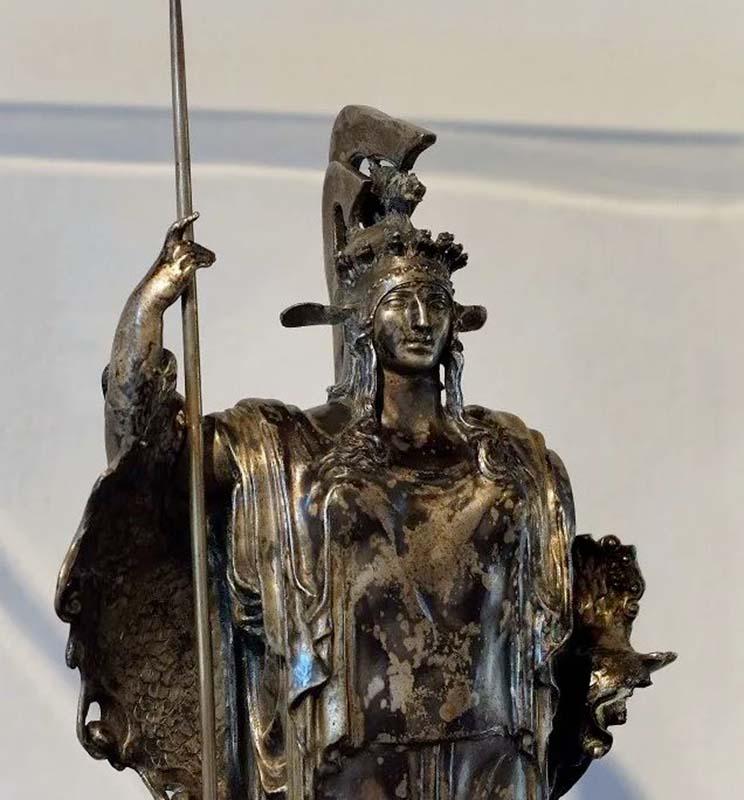 Bronze model of The Goddess Rome  by Angelo Zanelli

The conclusion of the work

After signing the contract for making the frieze in stone in September 1917, Zanelli delivered the right portion, depicting The Love of Country, in August 1919 The result resolved the remaining perplexities of the subcommittee, which in December 1919, pushed by Giulio Aristide Sartorio (1860-1932), agreed to the request that The Goddess Rome should be standing. As for the material, the overly high costs of Carrara marble led to preferring the Botticino variant. 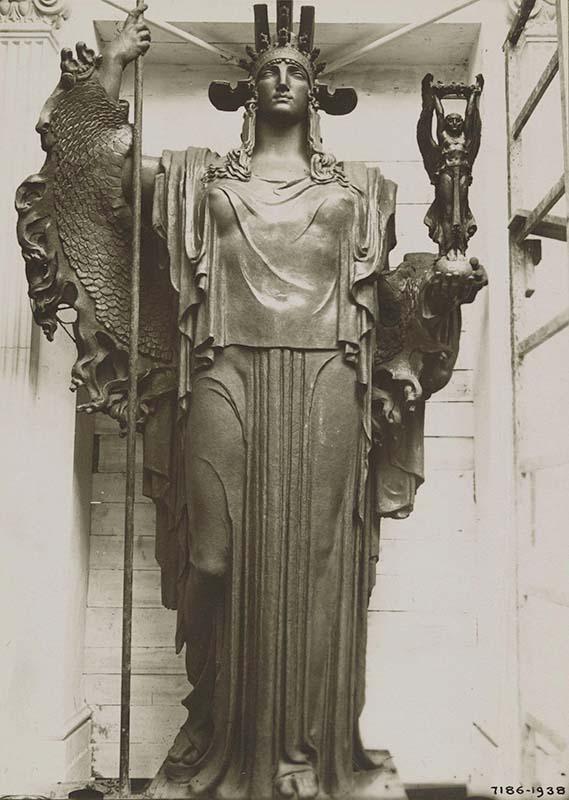 Model of The Goddess Rome submitted by Angelo Zanelli 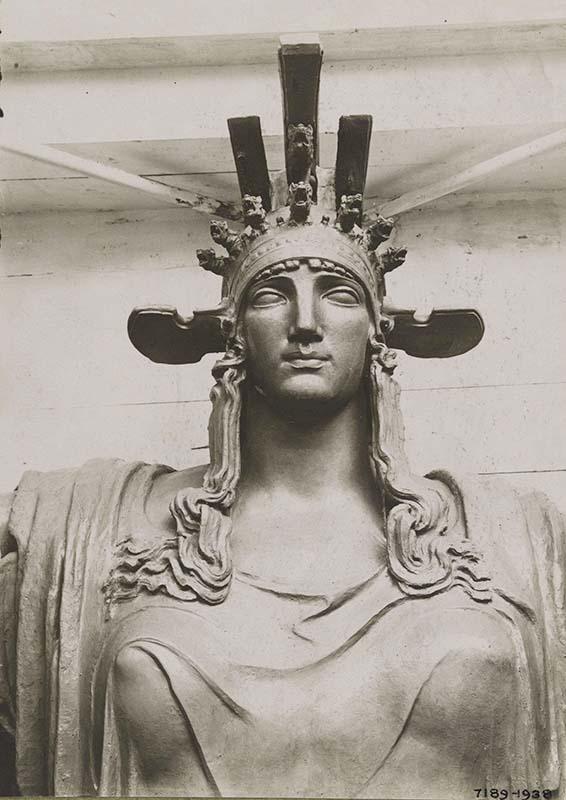 Zanelli signed the contract for the central statue in 1922 and presented the definitive model in 1923. The following year, once the frieze on the left The work that edifies and fecundates had been installed and the last details of The Goddess, that is the shaft and the statuette of The Victory, had been completed, the complex could be considered finished: the inauguration was held in April 1925. 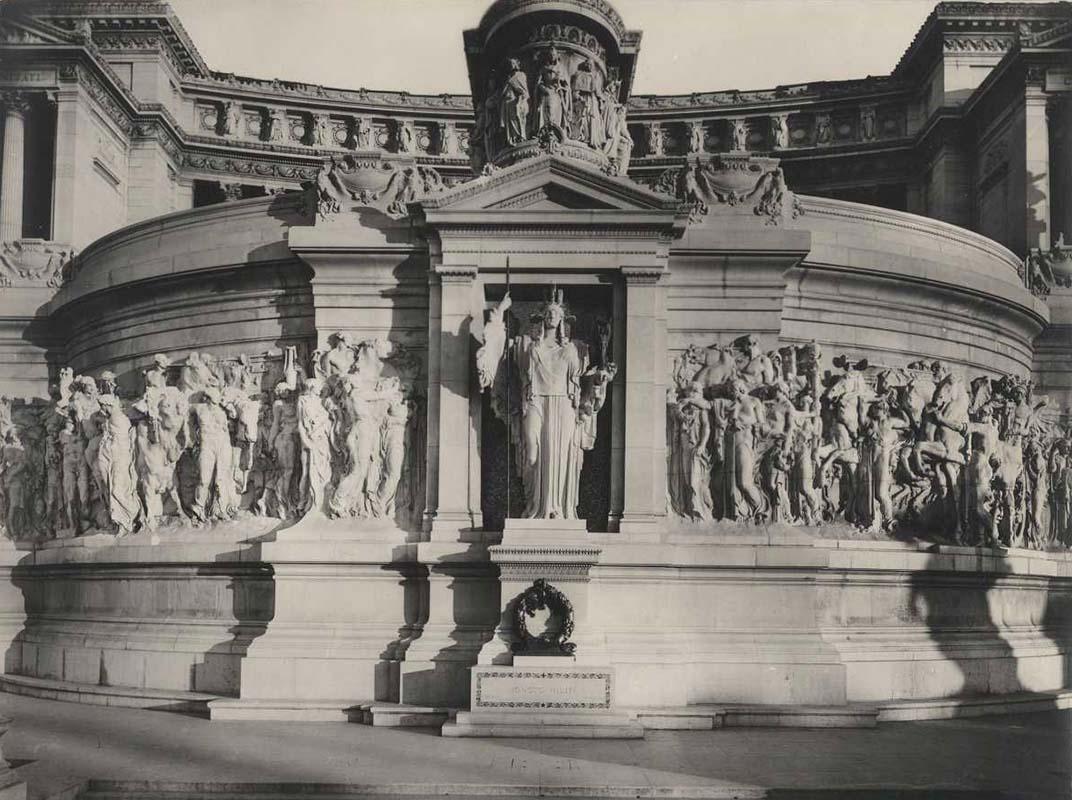 The Goddess Rome with the freeze of the Altar of the Fatherland, model by Zanelli